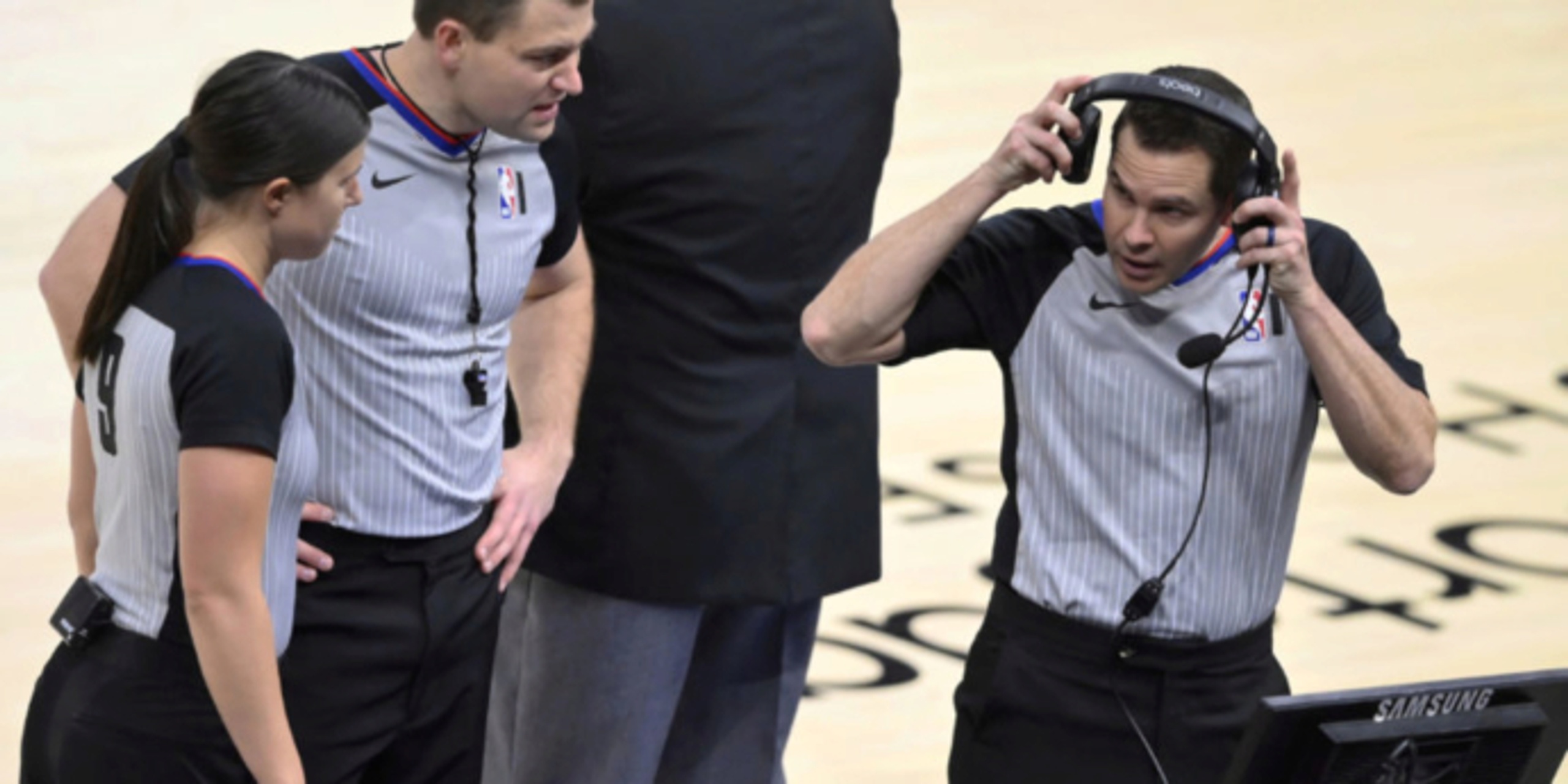 Instant replay on demand: How DVSport is impacting the NBA

With 6:36 remaining in the third quarter of Sunday’s game between the Golden State Warriors and Utah Jazz, Draymond Green stripped the ball away from a driving Bojan Bogdanovic and was whistled for a foul.

Green knew it was a clean strip and immediately spun his index finger in the air, motioning for head coach Steve Kerr to challenge the call. Ideally, teams will hold on to their challenges until the fourth quarter, but in this instance, overturning the call was crucial. The Warriors would have been over the foul limit in a six-point game and Bogdanovic would get two free throws.

As Kerr weighs his options, one of his assistant coaches pulls out a portable video system called DVSport Rewind and the play in question appears within seconds. After watching the possession from several different angles, it's clear that Green didn't foul Bogdanovic. Kerr signals for a challenge and the call is ultimately overturned, stifling any momentum that the Jazz would've had.

In addition to the Warriors, there are 13 other NBA teams that currently use DVSport Rewind, hoping to get an edge when critical calls and games are on the line.

The Charlotte Hornets believe that this tool could win them a few extra games over the course of the season, which could make a difference in playoff seeding. That's why they made a five-figure investment in DVSport Rewind. So far, it has worked: They have challenged seven calls this season and six have been successfully overturned.

The Pittsburgh-based DVSport Software is a well-known and trusted brand in the sports space, providing replay and coaching solutions in college basketball, college football and the NFL. Getting involved with the NBA seemed to be an obvious progression. 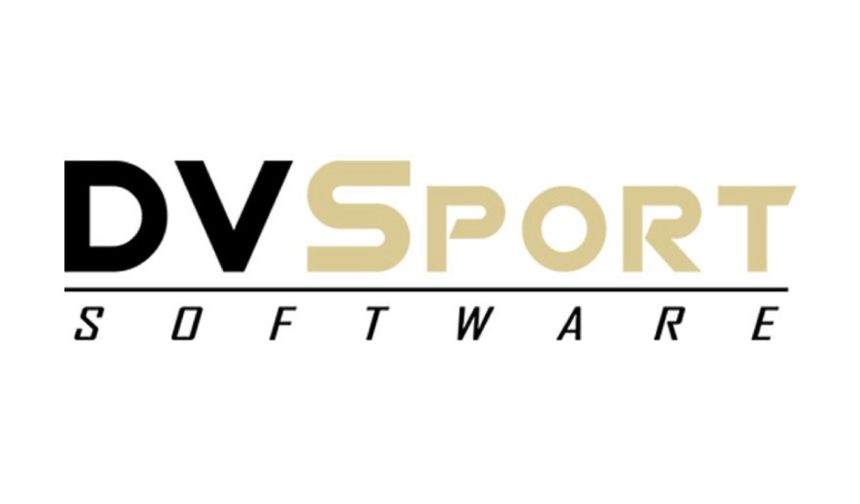 In 2019, DVSport basketball account specialist Kenny Brown had an idea that the company could tailor some of their college sports products to NBA benches for coaches. Brown altered a couple products and headed to Las Vegas for NBA Summer League to pitch and demo his solution.

Initially, the product was promoted as a coaching solution until a phone notification changed the course. As Brown was preparing to demo the product, he got a notification that the NBA approved bench challenges for coaches. Craig Davis, DVSport's director of team solutions, believed that the announcement was a revelation.

During the first season of challenges, NBA coaches would look to the JumboTron after dicey calls, waiting for replays that may or may not be shown. A year later, DVSport’s system became more in demand.

“When we went to Summer League, our initial thing was using this as an instructional method, and I don’t think we were getting a whole lot of traction down that track," Davis said. "That was kind of the ‘eureka’ moment when they approved the challenges. Then, everyone was asking that question more in tune with challenging like, ‘How am I going to be able to see this video fast enough to make a decision to challenge or not?'

"And I think what happened since then, as people have initially got the product in order to help with challenges, they’ve also seen our thing at the beginning was that this can also help you on the bench with coaching players and giving immediate feedback to people.”

When the league announced that they'd approved bench challenges and when teams began to inquire about DVSport Rewind, Brown and Davis won them over by selling them on adaptations of their NFL and college-sports products. The first eight teams -- the Los Angeles Clippers, Miami Heat, Philadelphia 76ers, Los Angeles Lakers, Toronto Raptors, Houston Rockets, Dallas Mavericks and San Antonio Spurs -- were sold on the fact that they could get video on demand and be more efficient when editing film.

While the initial interest was for bench challenges, Brown shared how the tool could be used for more.

“The benefit of what we have is that we can get video to the bench in real time," he said. "We have a challenge product and also a coaching product that we packaged together."

While most teams use products such as Final Cut Pro for their editing solutions, Dallas was years ahead of everyone else.

“We’ve been uniquely involved in creating that in-game bench solution," said Mavericks basketball technology director Mike Shedd. "Now, the other teams are being able to take advantage of it since their providers can’t quite keep up with what DVSport provides."

When Shedd came to the Mavericks in 2006, the team didn’t have an editing company they could rely on and, like most of the league, they were using over-the-counter editing software like Final Cut Pro and Adobe Premiere. After the initial demo of DVSport, Shedd was sold.

“With all their expertise in the replay game -- college football, NFL, hockey -- they kinda got the market as far as being the best and the quickest and the most efficient,” Shedd said.

DVSport created the Mavericks’ stand-alone system five years ago, which allows Shedd to receive clips on the bench within one second of the play happening. After every score or stop, the footage is readily available on Shedd’s tablet.

One feature that stands out is the halftime edit. The tablet has an app where favorite plays are stored. The video staff can extract clips out of a couple plays to show the players and coaches at the half and then make adjustments instead of going through the work to splice, cut and paste on more traditional non-linear editing tools.

Despite being involved with DVSport for many years, Shedd is still in awe of not only the technology itself, but also its versatility and durability.

“A college team plays 30 games; we play 30 games in two months. [I'm impressed] by how they've been able to morph their system into handling the sheer amount of things we put into it," Shedd said. "We’re [loading in] three-to-five games a week, plus all the opponent games. That's a few thousand games each season whereas NFL teams, for example, take multiple years to get to that level as far as the amount of content. So them being able to adjust as our staffs expanded and the different technological needs expanded, there’s nothing I can’t go to them with and say, 'Hey, can we figure out a way to do this?' When I do that, it’s instantly put into the queue and they try to figure it out. And more often than not, they do.” 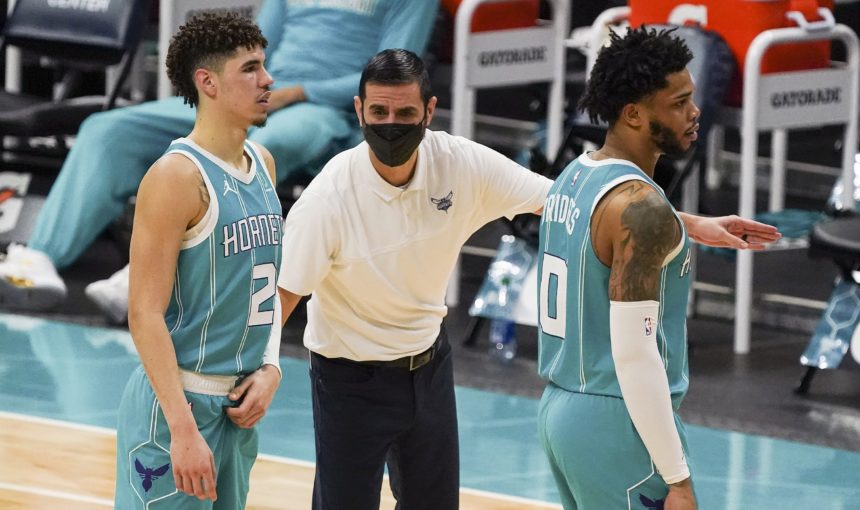 NEW TO THE WAVE

The Hornets have seemed to be on the verge of a playoff berth for at least two seasons. In the 2018-19 campaign, they were contending for the eighth seed before losing it to the Detroit Pistons on the final day of the season. Even last year, the Hornets had a chance to state their case for a spot in the play-in game in the bubble.

This season, they looked for some marginal advantages, and found it in DVSport Rewind. They invested in the portable video system, and they have two team officials behind the bench viewing the action – zooming in, speeding up and slowing down replays in time for head coach James Borrego to determine when to use his one challenge.

Since January, Borrego and the Hornets boast an 86% success rate in reversing calls -- nearly doubling the league-wide average of 46%.

George Rodman, the Hornets' director of basketball analytics and strategy, and Jordan Surenkamp, the team's head video coordinator, scroll through a cache of on-demand videos for plays that may be worth challenging.

Brown is impressed with how his new clients are performing with the device.

“They've actually been great. They are ahead of the curve," Brown said of the Hornets' staff. "Day 1 of the demo, [Rodman] was obsessed with it. He spent more time playing and rewatching things to have coaching points and to make sure calls were right than he'd been watching games from the bench.

“He jumped in right away and he looks at almost every call. If a call happens early in that possession and it might be something they want to look at, he knows already he’s going to give the confirmation to the head coach to make that challenge. It's something that sits with him non-stop and he can’t stop reviewing.”

While teams are gravitating toward the challenge product, Brown anticipates that teams other than the Mavs and Rockets will eventually utilize the scouting and coaching software, especially since their competitors increase their prices.

“Several of the new teams [that invested] had demos last year and were out of the playoff race and didn’t want to totally invest," Brown said. "The main thing is being able to be there so they know where to turn when management wants to make the leap.”

DVSport now has plenty of NBA clients (including the Bulls, Cavaliers, Clippers, Heat, Hornets, Lakers, Mavericks, Nets, Raptors, Rockets, Sixers, Spurs, Warriors and Wizards), and that list should only continue to grow.

MORE:
NBA News

Rockets have lost 20-straight: 'The streak weighs on all of us'
Nate McMillan moves to 8-0 as Hawks interim coach with win over Lakers

Featured News

Phil Handy: Kawhi Leonard 'wants to be great; it's all we'd ever talk about'
Feb 5 2021
Bill Russell’s No. 6 jersey to be retired throughout NBA
11h
How Rudy Gobert and Karl-Anthony Towns can work as Timberwolves' duo
14h
Through Her Eyes: How Chelsea Gray sees what you can't
yesterday
Jarrett Allen Q&A: Cavaliers' offseason, Basketball Without Borders
yesterday
Best Bets: NBA Western Conference over/under projections
2 days
Isaiah Livers is ready to rise up in second season with Pistons
4 days
Best bets for 2022-23 NBA Most Valuable Player award
5 days
Subscribe to our newsletter
SUBSCRIBE
Follow Us



Basketball News
Home
Podcasts
Scores
Draft
Stats
News
Charts
Contact
Contact Us
Advertise With Us
Terms Of Use
Privacy Policy
Do Not Sell My Personal Information
Cookie Policy
Download Our App!
Stay up-to-date on all things NBA
Copyright © BasketballNews.com 2020. All Rights Reserved.
