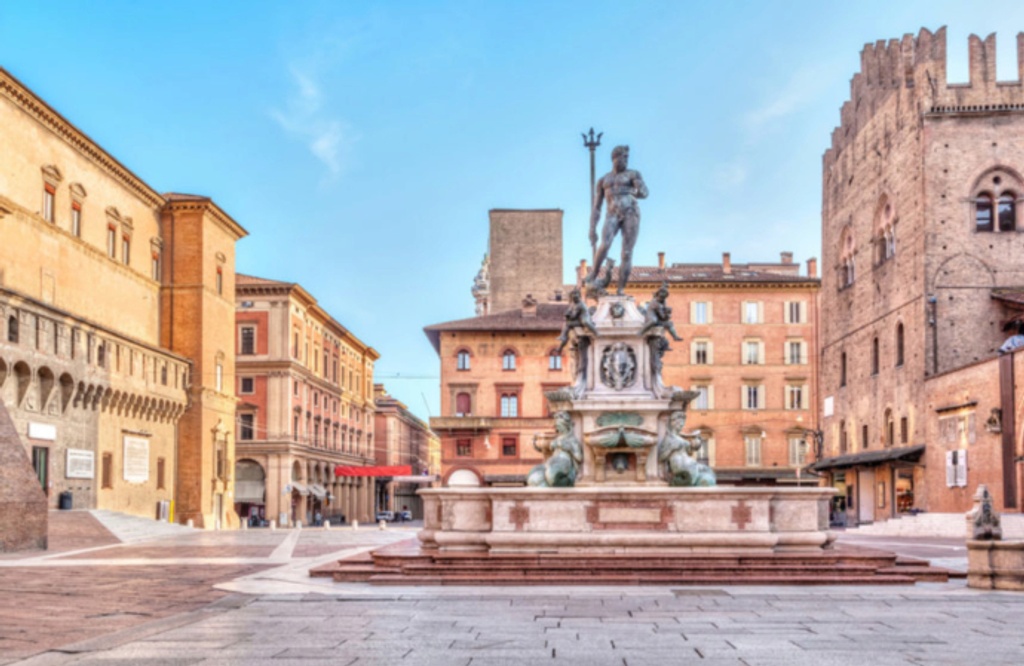 My past life as a sports agent: Bologna, Italy

Sr. NBA Draft Analyst Matt Babcock shares his experience of moving to Bologna, Italy, where he became an assistant coach for a professional basketball team before becoming a sports agent. Check out part 1 about how he got his start and part 2 about helping players prepare for the 2006 NBA Draft.

It was 2006, I was 22-years old and I was set to begin my first full-time job out of college as an assistant coach for Virtus Bologna, a professional basketball team in Bologna, Italy. Before leaving for Europe, I stayed at my parents' house in Milwaukee, Wisconsin. I had received my travel itinerary via email, so I packed up all of my stuff, purchased a couple of Italian phrasebooks and hugged my mom. Then, my dad drove me to Chicago for my flight, and before I knew it, I was off to Italy.

After a long travel day, I made it to Bologna. I had not been given many details about my arrangements before landing. I knew that I would be an assistant coach and that the team would cover all of my expenses, but I didn't know where I would be living. I didn't even know if anyone would pick me up at the airport. I didn't have anyone's contact info from the team. To say an unknown world awaited me would be a significant understatement. I was a bit anxious.

I exited the plane and made my way to the baggage claim. I had hoped to see a driver holding a big sign with my name, but I did not see anyone like that. I collected my two massive bags that contained pretty much everything I owned at that point, took a seat and waited, hoping someone from the team was coming to pick me up. I was exhausted and grew increasingly anxious the longer I waited. I began to think, "Did I make a mistake coming here?"

Finally, a man approached me and said with a thick Italian accent, "Matt?"

I felt like I had been rescued from a deserted island.

The man pointed to a logo on his shirt that read, "Virtus Bologna." It was evident that he did not speak English. I didn't speak any Italian, so I'm sure you can imagine how everything carried on. We shook hands, and he directed me to follow him to his car, which was seemingly a team-issued van. After about a twenty-minute drive and no words exchanged, we arrived at a small hotel. A receptionist translated for us when we walked into the hotel, which was a huge relief. She explained that the team was on the road, but someone would reach out to me on the hotel phone the next day. (I didn't use my cell phone, as international roaming charges were costly at the time.)

I was exhausted but also starving, so I asked the receptionist if any restaurants would be serving food at that hour. She directed me to a place nearby. I walked into the restaurant, and no one spoke English very well. I sat down at a table with my Italian phrasebook in hand. I ordered a pizza and a glass of red wine—I was in Italy, after all. After a long day and night, I was tired and stressed. Having been a young guy on my own in a foreign country was difficult. The language barrier was challenging, and all of the unknowns were nerve-wracking. I again questioned if I had made the right decision accepting that job. However, the waitress brought out my pizza and glass of red wine, and let me tell you, they were perhaps the best things I had ever tasted in my entire life! Subsequently, my stress subsided a bit, and although I still didn't know what to expect next, I could relax and appreciate the opportunity.

The following day, I woke up at about 3:00 AM because of jet lag. After hours of killing time, a man named Daniele Cavicchi called me on the hotel phone. He introduced himself in a thick Italian accent, saying he was the team's assistant coach (there was only one before I came). He told me they were happy to have me and that he would pick me up in a few hours. He explained that the team had the day off, but I would meet with the head coach and general manager.

When Daniele picked me up, I instantly liked him and thought he was a nice guy. Although he was older than I was, maybe in his late 20s, he was a relatively young coach. So he naturally became my "go-to guy" while I was there. Anyway, we got into his car, and we were off to the practice facility. He told me that he was from Bologna and would show me around the town. He gave me the lay of the land as we drove around, similar to a tour guide. Daniele explained that it was essentially a college town, with the university being the oldest in the world, established in 1088. He continued to explain that within Italy, a country known for its food and wine, that specific region was the best and even the home of bolognese sauce. It had been dark the night before when I arrived, so that car ride with Daniele was when I realized that Bologna was an extraordinary place, rich in culture and history. The more he described the city, and the more I saw it, the more excited I became to be there. I couldn't believe that was where I would be living. It felt like a dream come true.

When we arrived at the team's offices, my first meeting was with the team's head coach, Zare Markowski. A classy gentleman from Macedonia, he was a veteran coach that seemed to have coached nearly everywhere at some point in his career. Our initial meeting was brief as he pretty much just welcomed me. However, despite only meeting with him briefly, I found him to be a charming guy.

My second meeting was with the general manager, Piergiorgio Bottai, a businessman from "Roma." After meeting him, it was apparent from his enthusiasm that he was the main reason I was there. He outlined his vision for me and laid out the details of my arrangements during my stay. He told me I would be an assistant coach, and my primary responsibility was to develop their players individually. They also wanted me to occasionally direct the youth team's practices with a translator. He continued to tell me that they had an apartment for me in the "city centre," which also happened to be in the same building as the team's owner. I would have access to a nice restaurant, and I could eat there whenever I'd like, order whatever I'd like and always put it on the team's tab. He then explained that Mercedes-Benz sponsored the team, so players and staff members were given courtesy cars, myself included. It was apparent that the team had intended to take great care of me while I was there.

Following my meetings, Daniele brought me downstairs to give me all of the team-issued gear: a team jacket, polos, t-shirts, etc. I felt part of the team, and everyone was very welcoming.

After leaving the practice facility, Daniele and I had a great dinner at the team restaurant, and then I settled into my apartment afterward. It was "perfetto." The following day was my first day of practice, where I was set to be introduced to the team as their new assistant coach. Although it had been a hectic couple of days, and I was nearly 5,000 miles from home, I went to sleep that night with my mind at ease. Everything was "molto bene!"