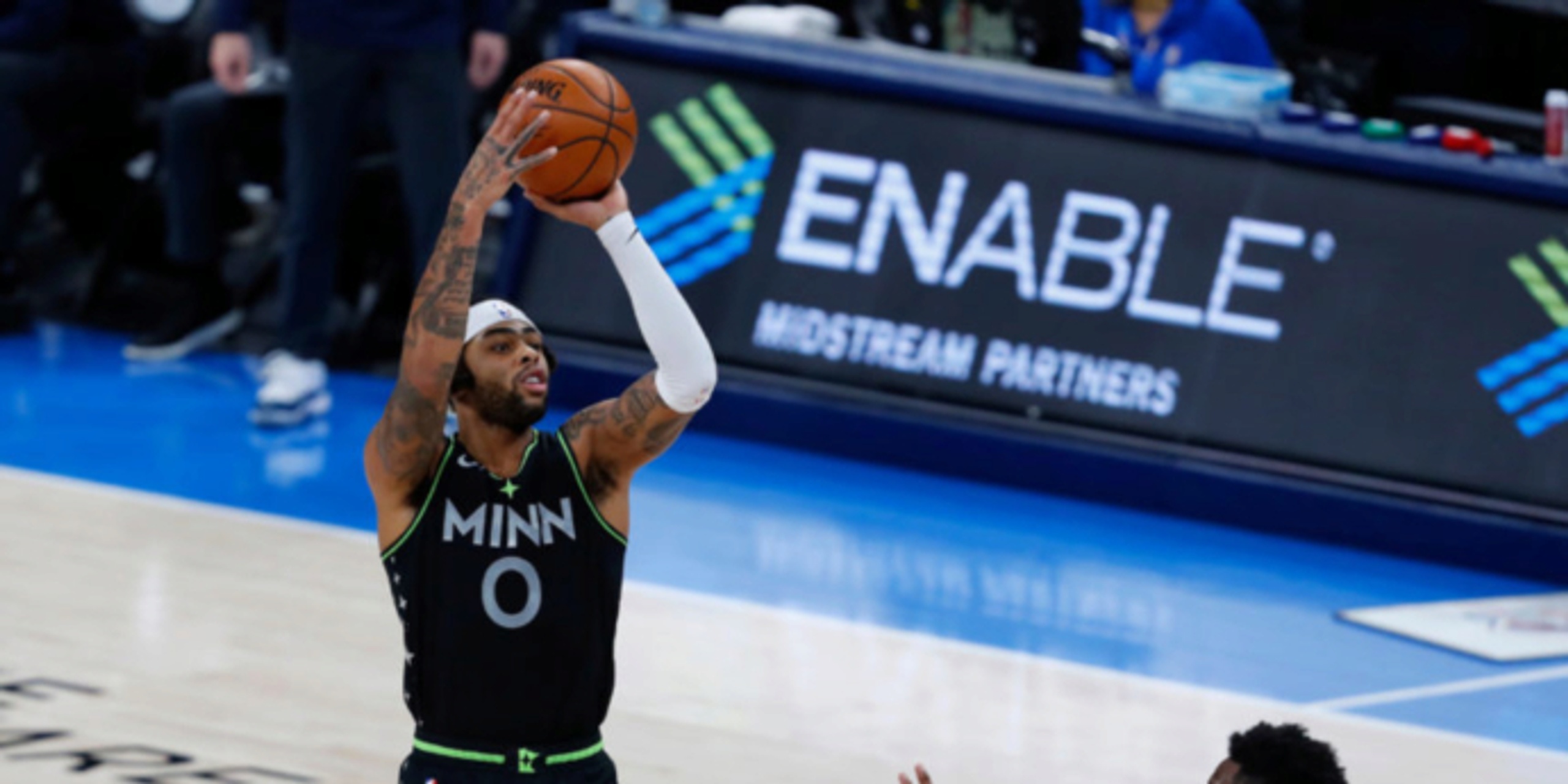 D'Angelo Russell to miss 4-to-6 weeks

The Minnesota Timberwolves were dealt another injury blow on Tuesday when it was announced that point guard D'Angelo Russell would be missing the next four-to-six weeks due to surgery to remove a loose body in his left knee.

The Timberwolves announce that they will be without D’Angelo Russell for at least 4-to-6 weeks because he needs arthroscopic knee surgery.

Russell and his good friend Karl-Anthony Towns have still played just five games together in more than a year as teammates: pic.twitter.com/iGyv9f0twP

Russell has missed seven games to date this season, including the last three due to what the team termed "left leg soreness." In his 20 games played this season, Russell has averaged 19.3 points per game. It has been over a year since the Wolves traded for Russell in order to pair him with All-Star big man Karl-Anthony Towns, but the pairing has played only five games together to date.