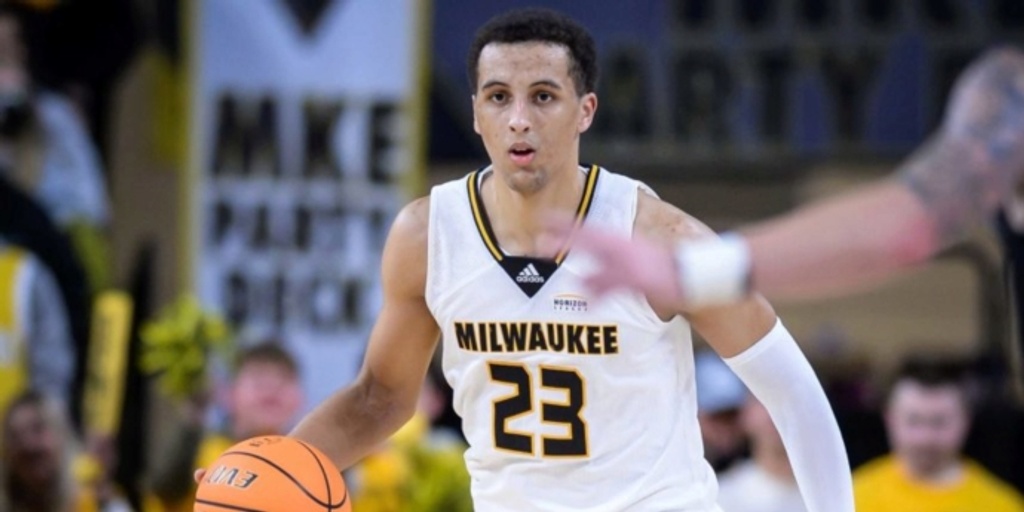 After an underwhelming freshman season at UW-Milwaukee, Patrick Baldwin Jr. has decided to enter the 2022 NBA Draft.

The former five-star recruit turned down offers from programs such as Duke and Georgetown in order to play for his father, Patrick Baldwin Sr. However, after the team finished 10-21, Coach Baldwin was ultimately fired.

"As a kid, I always dreamt of taking the court alongside my father. While this season didn't end how we expected it to, I'm so happy that I got to play the game that I love under the man who has always been there for me and taught me so much..." Baldwin wrote on social media. "With that said, I'm so excited to announce that I will be entering my name in the 2022 NBA Draft!"

Despite Baldwin's struggles at the collegiate level, the 19-year-old remains a potential first-round pick in the 2022 NBA Draft due to his potential. Matt Babcock, our senior NBA Draft analyst, had the chance to scout Baldwin several times over the last year.

"This season, Patrick Baldwin Jr. only played in 11 games due to some nagging injuries, but I was lucky enough to be at three of those games," Babcock said. "At first glance, Baldwin has all the tools you could ask for from a young prospect. He has excellent size, he is highly skilled and, as a coach's son, he knows how to play the game.

"However, there are concerns about his lack of toughness. If he can toughen up, I believe that he possesses enough talent to become an outstanding NBA player. If not, I fear he might only be able to fulfill a limited role as a floor spacer."

In BasketballNews.com's latest 2022 NBA Mock Draft, Baldwin is projected to go No. 29 overall to the Memphis Grizzlies.