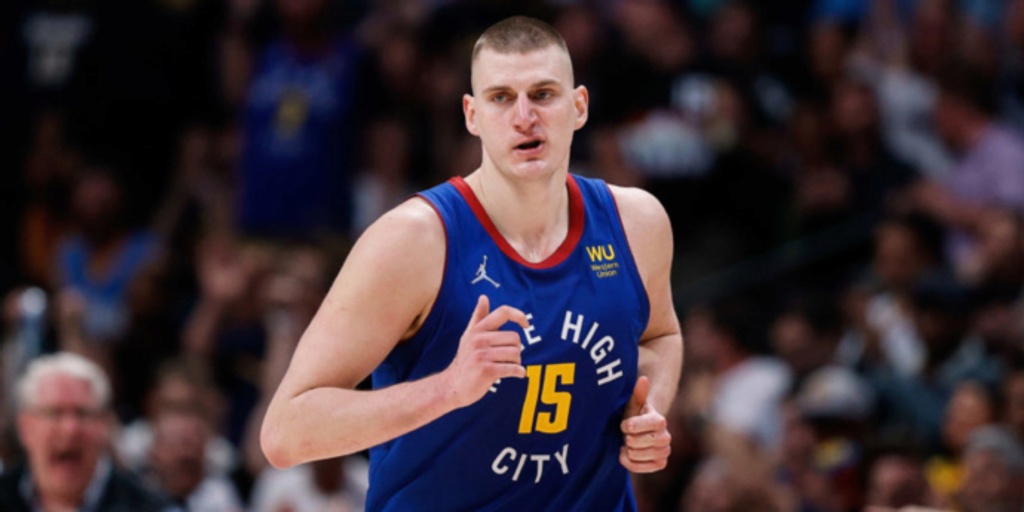 Deja vu is unfolding for the Denver Nuggets this postseason. They face another season in which Nikola Jokic will likely finish as NBA MVP, but the campaign will end in disappointment because of injuries and a lack of impactful depth around him. Jokic’s dominance speaks for itself, but as Denver has fallen into an impossible 3-0 hole to the Golden State Warriors in the first round of the NBA Playoffs, it brings back vivid memories of last year’s downfall to the Phoenix Suns in the Western Conference Semifinals.

From the start of last year's series against Phoenix, everyone knew Denver was out-matched. It led to a quick sweep, one that left an embarrassing blemish on what was a historic campaign for their franchise player. Who knows how differently it would have gone had Jamal Murray not torn his ACL in that series? Still sidelined a year later, it's no surprise that Murray didn't return for the Nuggets’ postseason push. If anything, being cautious with Murray is Denver's only option when considering their roster. Still, Murray would've given the Nuggets a lethal one-two punch that would’ve made a sizable dent in the West’s hierarchy.

Even without Murray and Michael Porter Jr., Jokic’s ho-hum manner on his way to pulverizing defenses all season was nothing short of fantastic. But watching the potential back-to-back MVP still put up numbers in losses against the Warriors’ updated Death Lineup (Stephen Curry, Jordan Poole, Klay Thompson, Andrew Wiggins, Draymond Green) shows one player can’t do it all. Jokic is averaging 29.3 points, 13.0 rebounds and 5.0 assists on a 58.4 True Shooting percentage in the playoffs, but it doesn't matter without the necessary ancillary pieces.

Nikola Jokic dropped a monster double-double in Game 3 for the @nuggets.

If Murray and Porter were flanking Jokic, things might be different, but the pain of postseason failure continues to ring in the rocky mountains. We haven’t seen the trio of Jokic, Murray and Porter share the court together since April 12, 2021. And with Porter’s back issues becoming serious once more, who knows when the Nuggets will see their star trio blossom together and rise up the West standings?

Denver is always going to be a contender during Jokic’s prime years, but is this series against Golden State a wake-up call that could lead to an offseason roster retooling? What could the Nuggets fetch if they decided to offload a few key role players?

As it stands, Denver is putting a lot of eggs into the basket of health for Porter and Murray, but there are a lot of intriguing angles to view their roster in the short-term and long-term. Aaron Gordon is a strong fit alongside Jokic after having put together a career-best season in 2021-22, proving last year's trade-deadline investment was the correct move. Also, rookie combo guard Bones Hyland has already forced his way into the picture thanks to his microwave scoring capabilities.

Denver moving forward with their core of Jokic, Murray, Porter, Gordon and Hyland is fun to envision. It feels like it’s missing one more relatively large piece to the puzzle though. The frontcourt (Jokic, Gordon, Porter) is already in place, but who makes sense as a compatible long-term backcourt partner alongside Murray?

Entering the 2022-23 campaign as an over-the-tax team, Denver will have to get lucky and creative to feel confident going toe-to-toe with the likes of Phoenix and Golden State. Murray and Porter have the equalizer potential of reuniting on-court with Jokic, but can we really view this current version of the Nuggets as true title contenders? That’s where I pause, because the injury and depth questions surrounding this roster are legitimate.

Here’s an early look at the Nuggets’ rotation next season, which actually seems okay on paper:

It’s unfortunate to already be writing the eulogy on the Nuggets’ season led by another all-time Jokic offensive barrage, but here we are as they stare down the hole of a 3-0 deficit to the reloaded Warriors. It's fair to wonder what comes next.

Denver is stuck in a position of hoping, which is one spot you never want to be without certainty.

Murray’s return next season should benefit the Nuggets’ standing in the West, but the domino effect of MPJ's chronic back injuries serve as an eerie cloud that hovers around the corner. Those back problems are why Porter slid to the back of the lottery, which allowed the Nuggets to swoop in at No. 14 overall and draft him as a rookie. Handing out a rookie-scale max extension to Porter, they have to hope he’s 100% next year and reaches his max ceiling in order for this dazzling Jokic era to live up to its potential.

The narrative around the Nuggets is starting to take shape. They are a team that shines in the regular season because of their unique superstar big man but folds in the postseason when the smaller things matter most.

For the Nuggets, a unique pivot point is about to arrive this offseason. Let's see how they handle it.