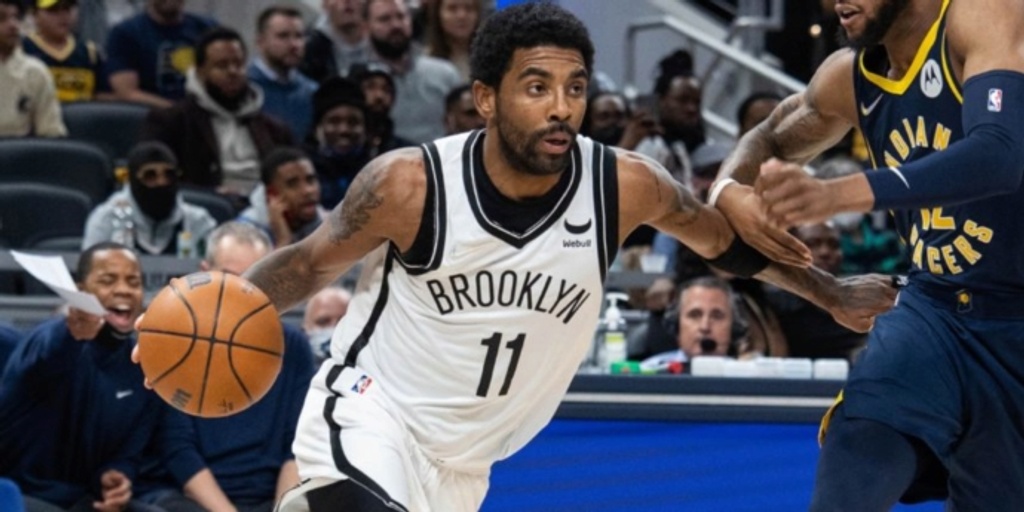 Behind the three-point line, Kyrie Irving sized up his defender, staring him down for a second before driving to his right.

He used a subtle escape dribble to avoid the swiping arm of Justin Holiday before finding his way to the free-throw line.

It’d been about seven long months since Irving took the floor with his teammates. Thirty-five games came and went, but he hadn’t skipped a beat. With a 13-foot jumper from the middle of the paint, the svelte and prepared Irving looked like he never left.

Forget the Eastern Conference, the entire NBA is in trouble.

It was the first word that came to mind when asked about Irving’s 22-point performance in his season debut.

On 9-for-17 shooting, the New Jersey native also recorded four assists, three rebounds and three steals in what would be considered a fantastic performance. Brooklyn trailed by as many as 19 points in the game’s second half and carried a seven-point deficit into the game’s final frame, but it was there that Irving scored 10 of his 22 points and helped Kevin Durant (39 points) push the team to a 129-121 victory.

Irving had a team-best plus-minus of +25.

“It felt like he’s been playing all season,” Harden said. “He looked comfortable, as usual. His pace, his rhythm. He looked like Kyrie.”

It was as remarkable as it was true.

For the Nets, it was the first time they’d won a game with Irving in the lineup since Game 2 of the team’s second-round playoff matchup against the Milwaukee Bucks. That was all the way back on June 7.

Based on his performance, nobody could’ve guessed that Irving hadn’t been on an NBA court in what felt like forever. Throughout his career, Irving has mostly been there and done that. He’s one of the few players in history who's hit a game-winning shot in Game 7 of the NBA Finals.

But something was different about Wednesday night’s contest.

“I’ve had a lot of debuts, but nothing comes close to this one,” Irving said after the contest.

“It meant a little bit more,” he admitted. “At this stage, taking off eight months or being out the game for eight months and coming back in, there’s so much uncertainty. 'How many minutes? What’s the flow of the game gonna be like? How are my teammates gonna feel? What’s the game flow gonna be?' You just don’t have any idea so I went into the game with an open mindset, just to ground myself, be present and do whatever it takes to win.” 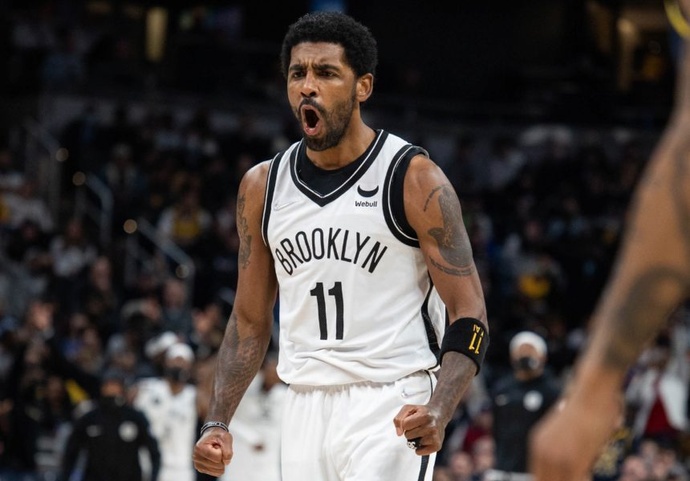 It’s safe to say he accomplished his mission.

Truth be told, with or without Irving, the Nets are expected to compete for the NBA championship this season. An early-January victory over an Indiana team that entered the contest with a 14-24 record doesn’t necessarily get the Nets any closer to its goal of winning an NBA title.

But a healthy, engaged and sharp Irving certainly does.

"The Nets have remained the favorites to win the NBA championship all season and saw little movement with Kyrie's absence," said Matt McEwan, a national sportsbook expert and Editor-in-Chief at Sports Betting Dime. "[Now], we could see the Nets' title odds shorten from +260 back closer to +200."

That the franchise softened its stance and allowed him to participate as a part-time player opened themselves up to intense scrutiny, but there’s no doubt that it also makes them much more formidable.

No, the NBA Finals won’t be won on a winter night in Indianapolis, and as the Nets attempt to move forward into unknown territory as it relates to Irving’s part-time availability, nobody — not even Kevin Durant — seemed interested in entertaining questions that the team doesn’t feel need to be answered right now.

“It was amazing to have him out there,” Durant said on Wednesday night. “I just missed his presence in the locker room, his energy and his vibe around the team.”

“It was amazing to see him out there on the floor again… The game of basketball is happy to have him back," Durant said.

So are the Nets, even if only part-time.

Back in November, after winning the election to become New York City’s next mayor, Eric Adams stated that New York City wouldn’t be changing the COVID-19 vaccine mandate that prohibits Irving from suiting up at Barclays Center.

Inaugurated on Jan. 1, Mayor Adams hasn’t given any indication that his stance has changed, and it would be difficult to imagine it has as both New York City and the state as a whole have seen a dramatic increase in reported COVID-19 cases. The New York Times reported that New York City had about 29,000 new cases reported on Jan. 4 alone.

As for whether Irving himself has had a change of heart with respect to potentially getting vaccinated?

There was no indication of that either.

Still, for at least for one night, Brooklyn had its band back together. And although it may be a while before they’re back together in Brooklyn, for now, Irving and his teammates seem content to take what they can get.

Judging by what transpired in Indianapolis on Wednesday night, one can only wonder whether it just might be enough.