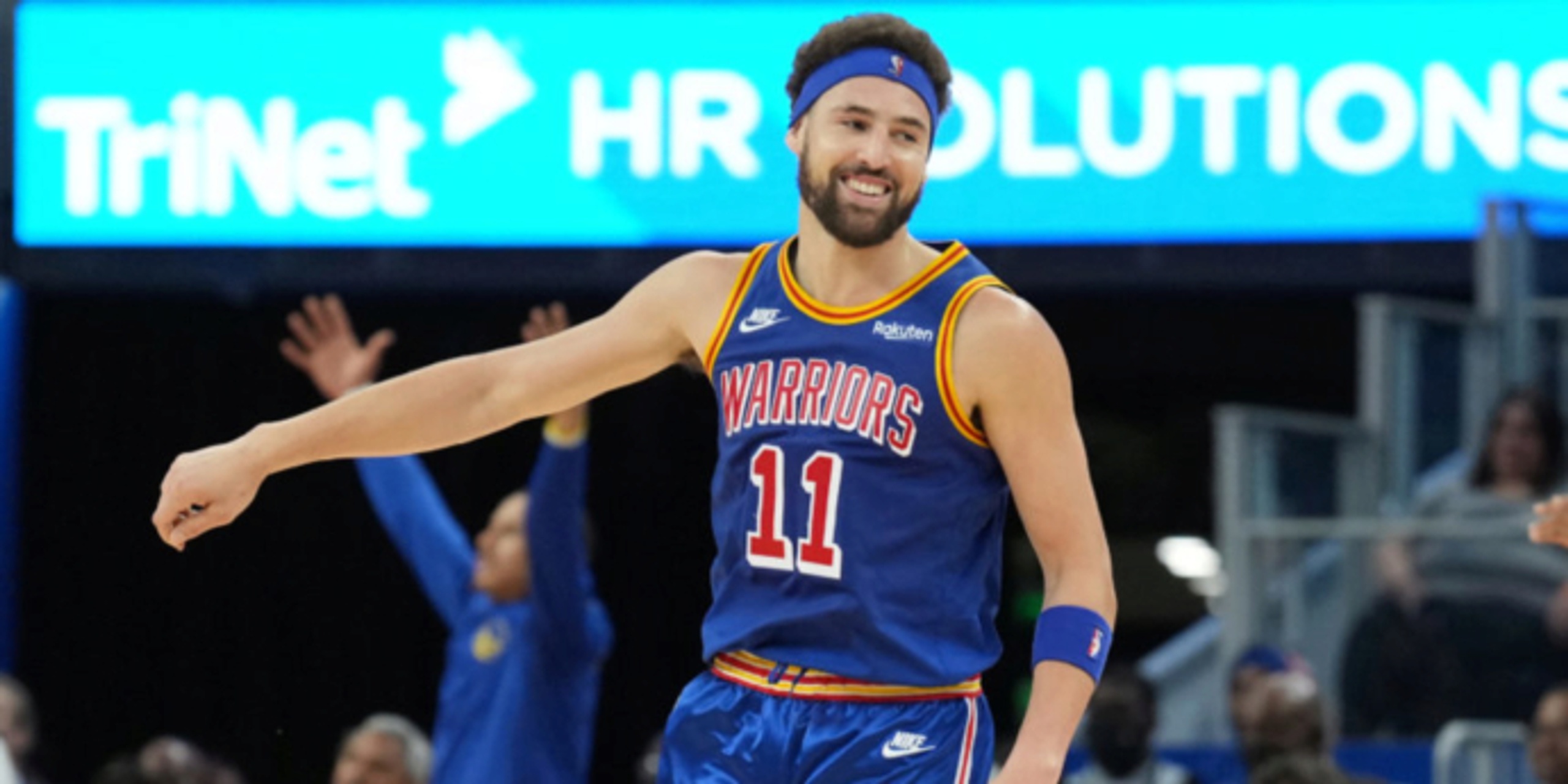 Klay Thompson carrying vintage form into the playoffs with Warriors

“The proof is on the court just what he’s looked like over the last couple weeks," Warriors coach Steve Kerr said after Thompson poured in a season-high 41 points in a 128-107 victory in New Orleans on Sunday night to end the regular season. "He’s been in a great groove now, so it’s a really good sign.”

Thompson's recent play is among main reasons the Warriors are heading into the playoffs on a five-game winning streak. With fellow “Splash Brother” Stephen Curry sidelined by a foot injury, Thompson has scored 30 or more in three straight games.

Since Jan. 9, when he resumed a career derailed more than two seasons by successive knee and Achilles injuries, Thompson has averaged 20 points per game over 32 games.

“I pat myself on the back because when you go through the injuries I did, there’s some really slow days,” Thompson said. "There’s so many tedious exercises and just building up your muscles again to do what you love is a challenge — something I never had to do before. So, to do it twice and come out and average (20 points) is inspiring for myself and just makes we want to keep going, because I’m still juts scratching the surface of what I can become.”

In New Orleans, Thompson looked like the sharp-shooter who could single-handedly take over a game.

He scored 21 first-half points to stake Golden State to a 20-point halftime lead. And when New Orleans tried to make a game of it late in the third quarter, Thompson returned to put it away with 15 points in a five-minute span early in the fourth quarter.

His scoring came on everything from driving reverse layups and floaters to pull-up jumpers, turnarounds and, of course, 3s — seven of them.

“He’s one of the greatest shooters of all time,” Kerr continued. "The biggest thing is he’s just found his rhythm. He’s gotten his conditioning. Early on, he wanted everything back so badly he was forcing the issue, and it’s just been really fun to watch him settle in.”

Just in time for the third-seeded Warriors' first playoff series in three seasons. They open their first-round series at home against Denver on Saturday night.

“A lot of ups and downs for myself this season, but I stuck with it,” Thompson said. “I will continue to do that, and some great momentum going into the playoffs. I can't wait. I'm so excited of the playoffs, Having to watch the last two years was painful.”