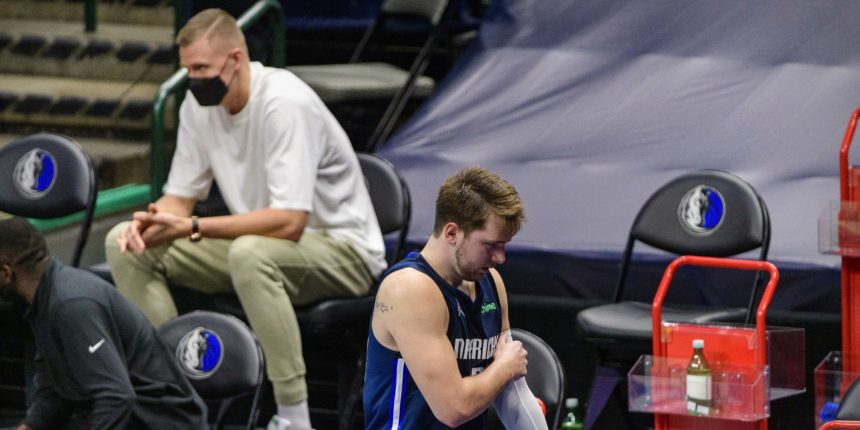 The Dallas Mavericks hope to have their two franchise cornerstones in Luka Doncic and Kristaps Porzingis. While Doncic is certainly more of a sure thing than Porzingis at this point, there's still hope that this pairing can lead to plenty of on-court success in Dallas.

Even if Doncic and Porzingis aren't the best of friends, that is.

Mavericks owner Mark Cuban appeared on 105.3 The Fan in Dallas to touch on the situation and acknowledged that things between this pairing off the court aren't always sunshine and rainbows.

"On the court they are fine," Cuban said on 105.3 The Fan. "I mean, coaches coach, and coach kind of runs the show so everything gets worked out on the court. That's not to say there aren't dust-ups, because there are."

He went on to compare the relationship that Doncic and Porzingis have to the one that Dallas legend Dirk Nowitzki had with Jason Terry when he first arrived in Dallas.

"I'd compare it to Jet and Dirk. If you remember, when we first got Jet, Dirk was not a fan. Dirk did not like him. And we lost in a playoff series because Jet made a mistake against Nash and that just made it even worse," Cuban said on The Fan. "They weren’t best friends at the beginning, but they grew to like each other and grew to be great friends and that’s just part of the process when you’ve got young kids who are growing up. It took forever before Dirk and Jet did anything off the court together. A long time. Yeah, I mean, KP and Luka get along fine. It’s just that they’re different people. They like to do different things.”

So far this season, the Mavericks have underachieved to an extent, currently tied for sixth in the Western Conference with a 32-26 record on the year.