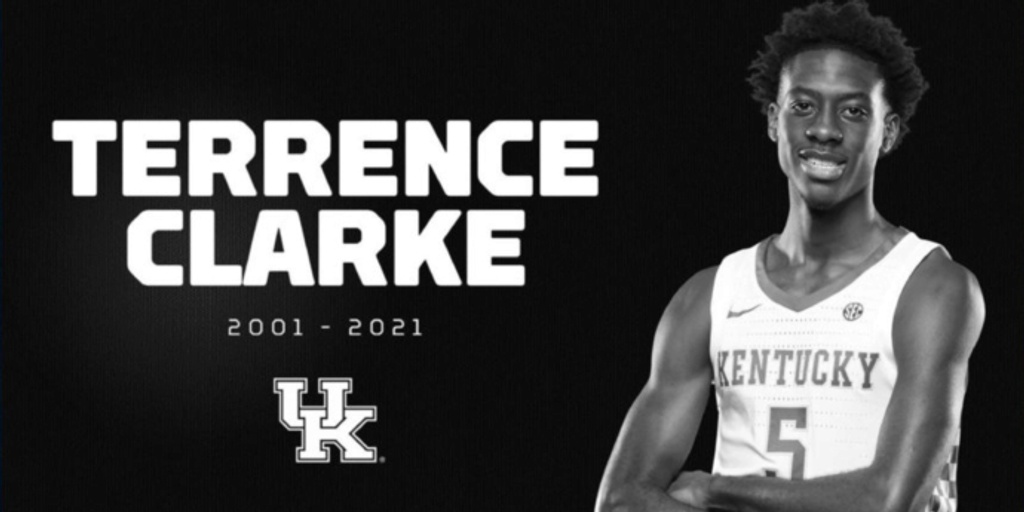 There were a few games yesterday. There was some news, and there were some stories. But to be honest, there are only two that feel right to talk about.

Maybe it is because this past weekend, a friend of mine and former Lincoln Memorial University G/F, Dorian Pinson drowned in Georgia’s Lake Lanier after renting a boat for the afternoon with his friends. His body has yet to be recovered. He was rehabbing a minor injury, but was excited about his next career venture after playing in CEBL and NBL Canada for the past three seasons.

His passing feels like a blip in the news, a quick break between updates of COVID-related deaths and mass shootings. An unfortunate palate cleanser from what has become the norm.

And Thursday night, though I didn’t know him personally, the same feeling that I had felt only days earlier came back, when I heard the news of University of Kentucky standout and NBA Draft hopeful Terrence Clarke’s devastating passing in a car accident in Los Angeles. Clarke had signed with Klutch Sports only a day before, and was expected to be a high lottery pick.

His mother’s life was about to change in ways you can only dream about as a mother.

Instead, it became her worst nightmare.

That’s two mothers who have to bury their sons.

Rest In Peace Terrence Clarke
Keep the Clarke family in your prayers 🙏🏾 https://t.co/I0nkTbEDIu

We are devastated to learn of our own Terrence Clarke's tragic passing. Our hearts are heavy for Terrence, his family and all of us who loved him.https://t.co/u81DDOszPa

My heart is extremely heavy right now! 🥺 HUG YOUR LOVED ONES! Prayers up to my man Terrence Clarke’s Family! ❤️ MUCH LOVE BRO! #riptclarke

Rest In Peace Terrance Clarke. I remember hoopin with him in the city when he was still in high school. He was destined for the league. Prayers up to him and his family 🙏🏽 gone way too soon.

"It's hard to talk about a basketball game."

Brad Stevens reacts to the news of Terrence Clarke dying in a car crash.

Clarke is from Boston and is beloved in the community.

wayyy to soon 🤕🥺RIP brudda 🤧💕 tell ur loved ones u love em https://t.co/RU8rBIaTdw

Today is a rough day for our Kentucky Family...RIP Terrence Clarke 🙏🏽

BasketballNews.com extends its deepest sympathies and condolences to the Clarke and Pinson families at this difficult time.