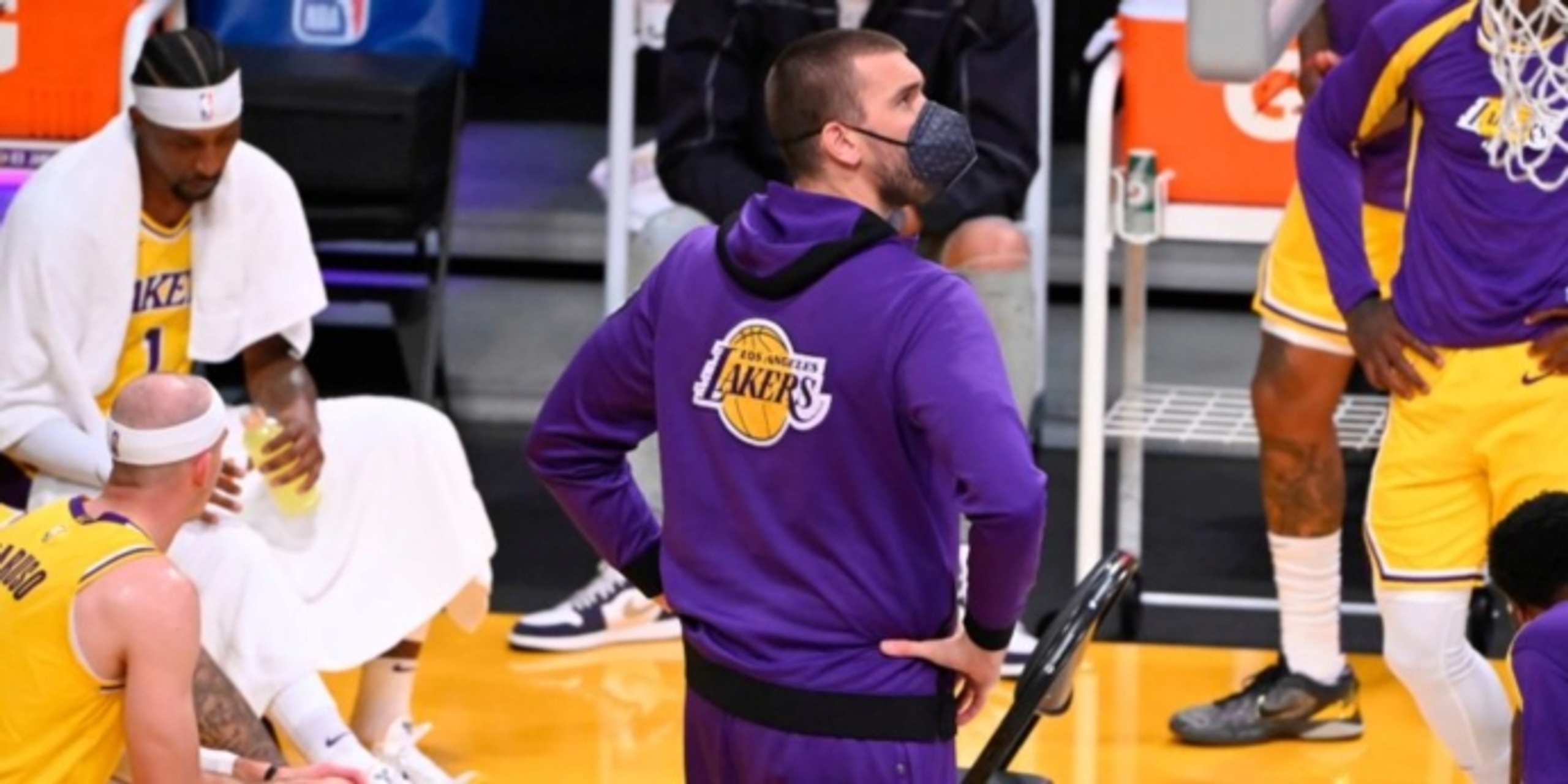 "Things can change quickly in the NBA, just as they have changed for me. But I’m committed to this team. It’s a hard pill to swallow because I know I’m going to be out of the lineup at some point. That’s never easy on the player. As a basketball player you want to play, you want to contribute, especially when you’ve made that commitment for that reason, but we’ll see."

That was Lakers center Marc Gasol in his first presser after the signing of Andre Drummond. He played just five minutes in Drummond's debut against the Milwaukee Bucks on March 31. Drummond hurt his toe during the first half of his debut and missed the next three games; Gasol started each of those games.

Since then, Gasol's minutes have been inconsistent. By inconsistent, I mean he's racked up some DNPs along the way. He's appeared in just five of the Lakers' past 14 games, an odd development that has confused the fan base and players alike. Kyle Kuzma most recently called for a bump in Gasol's minutes as a potential solution to their funk.

Why hasn't he gotten more burn?

From my view, the case begins with age. The decline in foot speed makes Gasol a questionable-at-times option in the Lakers' defensive scheme. They like to play their bigs to the level of the screen, if not higher at times; he can't do that at high volume.

understandable for the Lakers to give more of those reps to Drummond.

Drummond is more physically equipped to handle that scheme. It's understandable (even if you disagree) that the Lakers would give him more of those reps, to acclimate him to their system as well as take some of the load off of Gasol at this stage of his career.

Where Gasol struggles playing higher up, he can still navigate in drop. The sense for playing the gap -- not allowing too much space for pull-ups, not leaving himself open to lobs behind him -- is still there. With less space to navigate, he's able to commit and contest a little easier.

Add in Gasol's strength as a post-up defender, and you still have a guy that provides plus value. The Lakers' defense is stingier -- nearly three points per 100 possessions -- with Gasol on the floor.

Offensively, Gasol's role is a bit easier to visualize. His role is to invert the offense as a high-post playmaking hub, a handoff threat in Delay sets or otherwise, or a perimeter spacer when his teammates run the show.

Gasol can make sweet music as a passer. Basic reads can be made out of set pieces -- the Lakers love pitching the ball to the elbow and running flex action for cutters. Or, if the situation calls for it, players can shake loose with back cuts, trusting that Gasol will find them.

His ability may dictate teams scrambling to close-out or pick him up in pick-and-pop situations, but his passivity gives defenders an out. Gasol went 3-of-4 from three against the Denver Nuggets on Monday night, and all four of his looks came with little to no defensive attention.

It's easy to argue that Gasol spreads the floor better than Drummond does -- and he does, without question -- but some of the hesitation to giving Gasol more burn may be due to his, well, hesitation.

Gasol generating north of 1.2 points per possession on pick-and-pops (via Synergy) sounds great... until you realize that number comes on 23 possessions. The same can be said for him as a roller (1.29 PPP, 14 possessions), and it's not like he warps defenses with his vertical gravity if he doesn't get touches.

The Lakers rarely give Gasol low-post touches; the results haven't been great (0.61 PPP, 5th percentile) when they do. He tends to face-up or sprinkle in fadeaways more than he attempts to pulverize dudes on the block. That finesse style isn't inherently bad; it just doesn't draw extra bodies unless there's a massive size mismatch the defense wants to get out of.

There are holes to poke in Gasol's game on both ends, and the Lakers have another former All-Star they're trying to work in. It should come as a shock to nobody that they're prioritizing Drummond's physicality.

That, of course, doesn't make it right. Even with Gasol's (self-inflicted) limitations, the Lakers have been a better team with him on the court. More specifically, lineups featuring Gasol, LeBron James, and Anthony Davis have blitzed teams by nearly 12 points per 100 possessions in 347 minutes.

Starting Gasol over Drummond might be a bridge too far, but there's certainly no logical reason for Gasol to be racking up DNPs at this point. There's room for him to accentuate bench lineups with his playmaking and defense. Those same skills allow him to fit alongside the Lakers' two best players.