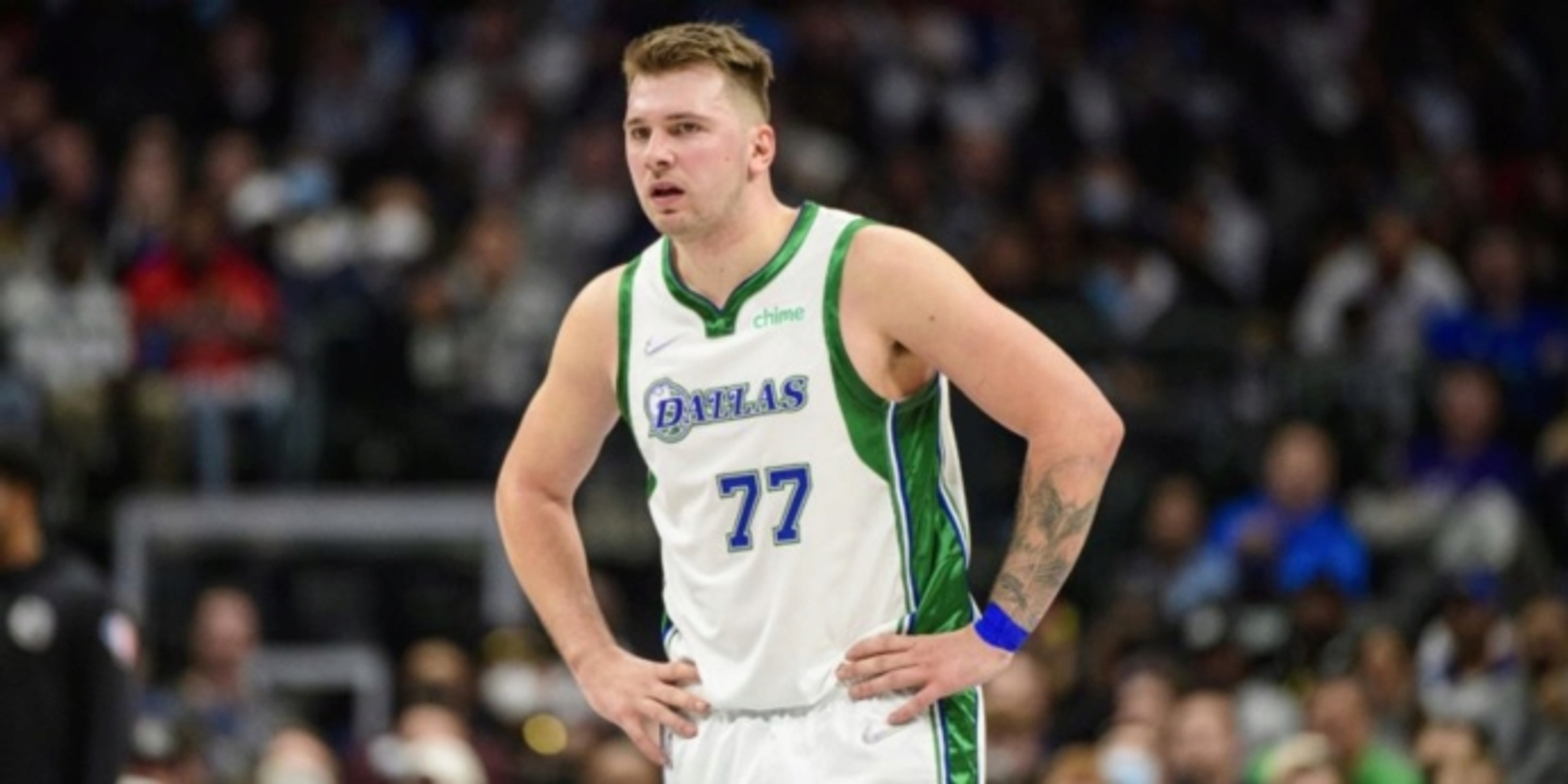 Luka Doncic owns up to being out of shape: 'I have to do better'

There are many great players who have been described this way. Dallas Mavericks superstar Luka Doncic is getting that treatment right now, and he recently admitted that he needs to do better when it comes to his conditioning.

Doncic has been playing through a twisted ankle and is recovering from a sprained knee. Despite the pain, Doncic has been out there for the Mavericks, so you can’t knock him for being lazy or taking it easy – at least not during the season. This year, Dallas fans hoped that Doncic would show up to training camp in great shape since he was playing in the Olympics. Spending most of his summer with the Slovenian National Team would give Doncic just a little time to rest but not get completely out of shape, right?

According to ESPN's Tim MacMahon on "The Lowe Post," Doncic was out of shape and 260+ lbs. when he showed up to training camp.

MacMahon: “[Luka] has to stop reporting at 260+ lbs and playing his way into shape. That cannot be an annual storyline. He got off to a slow start last year—“

Lowe: “I’m sorry, what was the figure you just gave?!”

Lowe followed up with a logical question: If Luka was 260, how much does Zion Williamson weigh? MacMahon said that he "has heard" that Zion weighs close to 330 lbs.

But back to Doncic, he was recently asked about his conditioning after a dramatic loss to the Brooklyn Nets, since Reggie Miller called him out for “plodding up and down the court” during the broadcast.

“People are going to talk about it, yes or no. I know I’ve got to do better," Doncic said. "I had a long summer, I had the Olympics, took three weeks off, and I relaxed a little bit. Maybe too much. I’ve just got to get back on track.”

Rest is integral for an athlete’s recovery after a grueling season, and everyone deserves some time off. However, putting on that much weight is problematic for a professional athlete, and some of his habits have to change. Former Mavericks analytics guru Haralabos Voulgaris, who left the team after a lot of drama, recently detailed some of Luka's bad habits in a few podcast interviews.

Specifically, he mentioned that after workouts, Doncic would fill his water jug with sweetened ice tea and similar beverages that are full of sugar. The first advice anyone gives you when you try to lose weight is "don't drink your calories" and try to drink a lot of water instead.

Haralabos added that people in the organization knew Luka's conditioning was a problem when he would get “all red in the face” in the middle of the third quarter — a sign that he’s out of shape. But teams are sometimes scared to call out superstars and hold them accountable. Voulgaris made sure to point out that Luka is no diva. But because nobody wants to upset their superstar and risk losing him, everyone starts walking on eggshells around the player.

That’s why it's nice to see Jason Kidd calling out Luka recently for complaining to the referees. And perhaps the recent scrutiny surrounding his conditioning will help Doncic in the long run too.

Luka always owns up to criticism and says all of the right things when it comes to complaining to refs and being out of shape. That trick works for the first few times. Now, it’s time to see actual change on the court. A more fit Luka running back on defense – that’s not too much to ask, right?