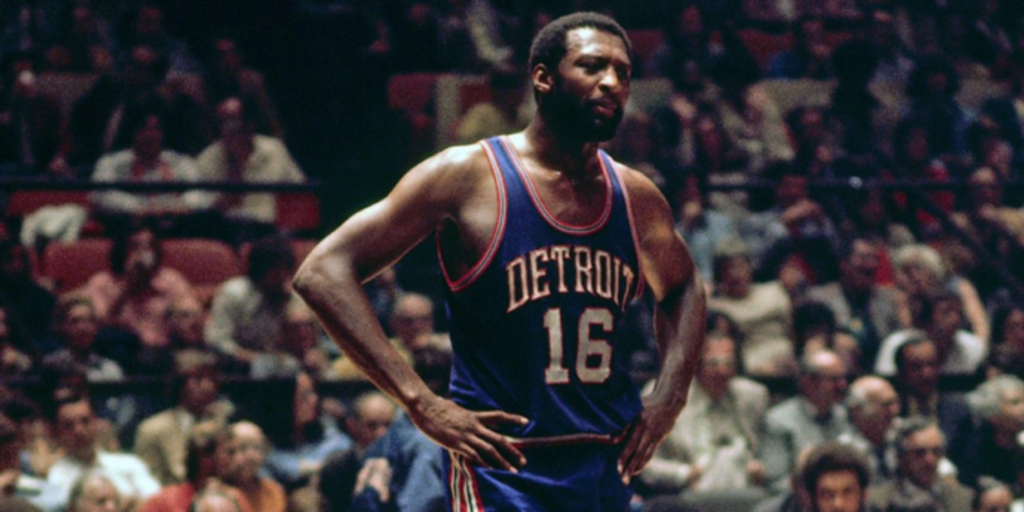 Looking back on one of the wildest fights in NBA history

When you think about some of the biggest fights in NBA history, “Malice at the Palace” has its spot at the top as one of the most infamous slugfests ever. After all, it included players like Ron Artest and Ben Wallace going at it and spilling over into the crowd, battling it out with the fans in one of the wildest sights you could ever see in an NBA arena. But what you may not know is that this wasn’t the first Detroit Pistons game that ended up with players fighting fans.

Back in 1977, the Pistons were battling the Golden State Warriors in the first round of the Western Conference playoffs. It was a tough series with some of the biggest NBA legends in Bob Lanier and Rick Barry going head-to-head. Tensions were high, and things would escalate in a crucial win-or-go-home Game 3. Midway through the third quarter, with the Pistons up by three, Eric Money of the Detroit Pistons and Charles Dudley of the Golden State Warriors got tangled up under the basket and exchanged punches.

This would quickly turn into an all-out brawl with both teams clearing their benches and storming the court. Things got so wild amongst the players and coaches that even fans got in on the action as the fight spilled over to the sidelines. After Detroit’s M.L. Carr got punched in the face by a fan, Lanier knocked the person out. (The fan got arrested and escorted out of the arena). Lanier’s punch caused even more chaos, as multiple other fans got into it, leading to numerous arrests and bloody faces.

After things finally calmed down, Lanier, Barry, the coaches and the referees engaged in a long and heated discussion that resulted in Money and Dudley — who started the fight — getting assessed with personal fouls. That was it! No ejections, suspensions or fines.

Just imagine something like this happening in today’s NBA. The whole team would get suspended with a hefty fine, and the fans would be banned from the arena for life. But this was a different time, an era where the commentators started calling the fight like they were boxing announcers. All the referees decided to use as punishment were foul calls on the main culprits of the chaos.

It should be noted that these were replacement referees, as the true NBA referees were on strike at the time; maybe the inexperienced refs didn’t know what to do. At the same time, in this era, the rules weren’t so strict.

In the end, the Warriors would feed of the incident, gaining momentum and swinging the game in their favor, as they won 109-101 led by Barry’s 35 points to advance to the second round.

One of the main participants in the incident, Lanier, had 30 points. But it wasn’t enough to save the Pistons from elimination. At the very least, he got the chance to knock out a few Warriors fans in the process.

You'd be hard-pressed to say this wasn't one of the wildest games in NBA history.