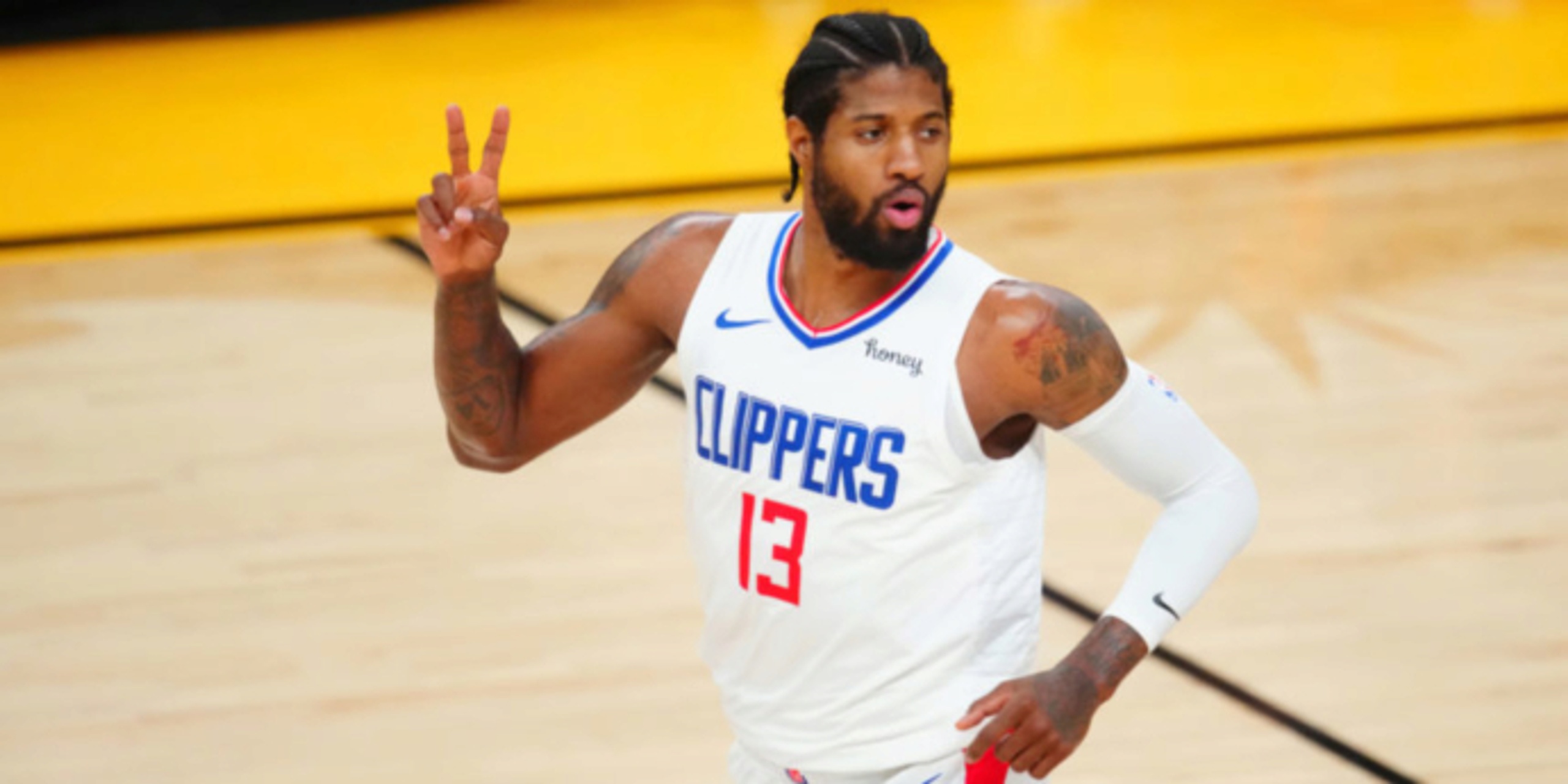 A little over a year ago, Paul George was “in a dark place.”

While in the NBA Bubble in Orlando, George admitted that being away from his family and friends and focusing on work around the clock was affecting his mental health.

"I underestimated mental health, honestly," George told reporters during the 2020 NBA Playoffs. "I had anxiety, a little bit of depression. Just being locked in here, I just wasn't there. I checked out... The Bubble got the best of me.”

His off-court struggles impacted his on-court production, as his averages dipped and he became the first NBA player since 1960 to shoot below 25% from the field in three-straight playoff games.

The internet had a field day, posting memes and dubbing him “Pandemic P” — a play on the “Playoff P” nickname that George gave himself in 2018. The criticism and jokes clearly bothered George, who tried to block everything out by disabling his Instagram comments. Teammates told him to stay off of social media and just focus on the next game, and George started seeing a psychiatrist in hopes of ending his slump.

While George’s play improved during the Western Conference semifinals against the Denver Nuggets, “Pandemic P” kept trending on Twitter. In addition to fans roasting George, some commentators and media members chimed in too.

"You can't be calling yourself 'Playoff P' and then lose all the time!” Charles Barkley said. “You don't see me walking around saying I won the championship when I didn't win it; they don't call me 'Championship Chuck' when I walk around here!”

The Clippers ended up getting eliminated in embarrassing fashion, blowing a 3-1 lead to the Nuggets. George’s critics suddenly had even more ammunition. Even after George disclosed that he was dealing with mental-health issues, he continued to be ridiculed and criticized.

George has said that he's never experienced anything like the vitriol he received in the last year. Returning home from the NBA Bubble seemed to really help George, who was more motivated than ever to produce on basketball’s biggest stage and silence his doubters.

“I’m coming back with vengeance,” George said in January. "I didn't like, not so much of the noise and everything around [the way last season ended], but just the fact that people saw weakness. And I had to address that. I had to answer that. That fueled me. That put me in a place where I wanted to come back and be myself again."

George responded in a major way.

When Kawhi Leonard suffered a partially torn ACL during Game 4 of the Clippers' second-round series against the Utah Jazz, it was George who stepped up. The very next game, George led the Clippers to victory behind a 37-point, 16-rebound, 5-assist, 3-triple, 2-block performance. In Game 6, he dropped 28 points, 9 rebounds, 7 assists, 3 steals, 2 threes and a block to help Los Angeles advance.

One year removed from holding the Clippers back, he was now putting the team on his back and lifting them to the Western Conference Finals. While the Clippers ultimately lost to the Phoenix Suns in six games, George averaged 28.7 points, 10.5 rebounds, 5.5 assists, 2.7 threes and 1.2 steals per contest. In a Game 5 win, he absolutely dominated to the tune of 41 points, 13 rebounds, 6 assists, 3 treys and 3 steals while shooting 75% from the field, 50% from three and 100% from the free-throw line.

“[He was] just being one of the top players in the league; I think we saw that in the playoffs last year when Kawhi went down,” Clippers head coach Ty Lue said of George. “PG was having a great playoffs anyway, but once Kawhi went down, to step up and beat the No. 1 seed in Utah in the last two games — Games 5 and 6 — and to play the way he did throughout the playoffs, [that was special]. He's carried teams before. He's a great player. He's been a top player in this league. This year, we need more from him — more leadership and to continue to play the way he played last season.”

“I couldn’t imagine any other locker room I would want to be a part of than this group right here.”@Yg_Trece on heading into the 2021-22 season. pic.twitter.com/aI3EqBQQdF

“I mean, he finished it off great,” Leonard added. “He gave it all he had that last playoff run. It was even hard to watch them, just being hurt. But they did their thing. Everybody stepped up, played in a great way, did a good job. This season, it's going to be different. I'm not there to really start training camp, but I think he's motivated enough and knows what he can do. He's been proving himself over the years in this league, from becoming a [top] defender to a leading scorer to a two-way player. But he's going to do good… It's all about him and his mindset. It doesn't matter what I think he should be doing or how he should play, I'm going to definitely give him feedback to help him get better, but it's all based on him.”

Entering the 2021-22 campaign, George seems to be in a much better place mentally.

“The whole year was a lot of ups and downs and just a lot of moving pieces, coming into last year. Now, this year, there's a lot of consistency, just in my life alone, in my approach,” George said. “There's a lot of consistency. I know what I'm doing, I know what I'm getting into, I know what I'm facing. So, it's night and day. Night and day. I feel like I'm a lot more clear-headed, a lot more focused, and just sharper coming into the situation... I'm just ready. I'm ready for this in whatever capacity it is; I'm ready for the challenge.”

With Leonard out indefinitely, the Clippers will only go as far as George takes them. After seeing how the team fared without Leonard in the playoffs, George is confident that this group can still make some noise without their best player.

“We trust one another. Honestly, [in] Year 12, I couldn't imagine any other locker room I would want to be a part of than this group right here. Now, it's just about putting it to the floor.”

This team's core pieces have trained together at times throughout the offseason. While the Clippers were competing in the NBA Summer League, George, Reggie Jackson and Terance Mann also traveled to Las Vegas to support their young teammates and train together. The trio worked out at Impact Basketball, with Coach Lue and his staff in attendance as well.

“I thought last year we achieved some things we wanted to achieve, but our common goal is to win a championship here,” Lue said. “But our guys really did a great job last year of just building each month, each game, and getting better and better. With the status of Kawhi, we don't know. We'll let him take his time and continue to do his rehab. When he's ready to come back, he'll come back. We've got to coach the season like we don't have him and just continue to keep building from there... He went down and we won Games 5 and 6 against Utah, the best team in the NBA at that point in time. We've just got to keep competing, keep preparing, and every day get better and better, and we'll live with the results at the end.”

For George, one of his goals is to be even more well-rounded and fill the stat sheet this season.

“I think I proved it and showed it to myself during the playoffs in that run, that stretch against Phoenix — whether it was rebounding, pushing the tempo, playmaking, scoring the ball. That really just fed my appetite even more.”

Since George has been a number-one option before, he knows what to expect entering this season. His past experiences in Indiana will help him as he leads the Kawhi-less Clippers.

“I've been in this position, so it gives me a level of comfort being the number-one guy to start, and I'm ready to lead.”