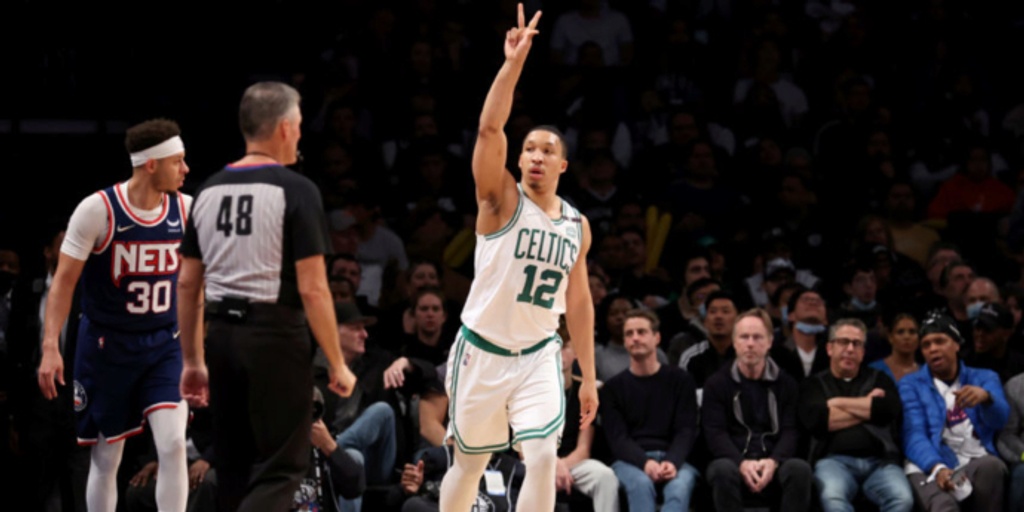 It'll be easy to fall into the slander trap.

The Brooklyn Nets, with all of their star power and lofty preseason projections, bowed out in four games. The offense was never as fluid as their talent would indicate; defensively, their lack of size became an unsolvable issue.

Barbs are already being thrown. Kevin Durant has been called a bus rider; he also responded. I'm not even sure where to start with the Kyrie Irving discourse. Steve Nash has been called everything but a competent coach.

Let's not lose the plot here.

The Boston Celtics went out and dominated. Kyrie showed out in Game 1, and Durant emptied the clip in Game 4. Aside from those outings, neither star was able to find footing. A majority of that came down to Boston's defensive game plan — the timely switches, the physicality off the ball, the on-time, on-target help whenever either Net attempted to drive to the basket.

On the other end, Jayson Tatum took things over. Like-sized or larger players struggled to deal with Tatum in space. Smaller players couldn't keep him off his spots without needing assistance. Factor in the many ways the Celtics deployed him — as a pick-and-roll ball-handler, post threat, movement shooter and screener — and the Nets found themselves chasing ghosts.

In the middle of this dominance was Grant Williams. He didn't light up the offensive box score like Tatum, or make the volume of plays that someone like Al Horford (or Tatum, again) did defensively. Rather, he was the happy medium, plugging holes on offense while making his presence felt on the other end.

Williams was a consistent release valve for the Celtics in this series. Early on, you could tell the Nets planned to treat him like the "tip your cap" option, meaning: Hey, if Williams beats us, we'll just have to take the L.

Williams did just that, averaging a shade over 11 points while also shooting 50.0% from deep during the series. The efficiency was wild enough, but the timeliness of some of those shots stand out. Consider Game 2, where WIlliams scored 11 points in a 2:28 stretch (late first, early-second quarter) while the Celtics' offense was in the mud. He'd finish that game with 17 points.

Consider Game 4, where his timely shot-making in the second quarter quelled a Brooklyn run. He'd finish with an efficient 14 poitns.

Even when Williams wasn't scoring or driving, his activity off the ball helped put pressure on Brooklyn. Timely lifts on the wing, solid screens to free others, offensive boards to keep possessions alive. He was a Little Things All-Star in this series.

That brings us to the defense, where it's hard to overstate just how good Williams was.

Tracking data is incredibly kind to him: Durant shot a paltry 6 of 20 when defended by Williams, per the good folks at Second Spectrum. Kyrie (5 of 14) didn't fare much better.

The credit assignment for defensive tracking can be wonky sometimes, but the eye test matches the data here. Against Durant in particular, Williams more than held his own.

As mentioned earlier, the Celtics did a great job of showing multiple bodies and cramping air space for Durant. Those ideals weren't as strict when Williams got the matchup; he was left on an island a little more often, but his unique blend of strength (look at the man's chest!) and quickness allowed him to stifle Durant on multiple occasions.

Durant couldn't out-quick him, and Williams was able to absorb enough body blows (again, the chest) to keep Durant from getting to his spots. It's some of the best individual work I've seen on Durant over the course of a series. Just look at these possessions from Game 4.

What a luxury it is for the Celtics to have a guy like Williams hold his own against Durant. That takes pressure off of The Jays so they can exert more energy offensively. That allows Marcus Smart to channel more of his attention toward Kyrie instead of needing to provide extra help.

Between the defensive aptitude and the shot-making, Williams showed why he's one of the more valuable role players in this year's playoffs.