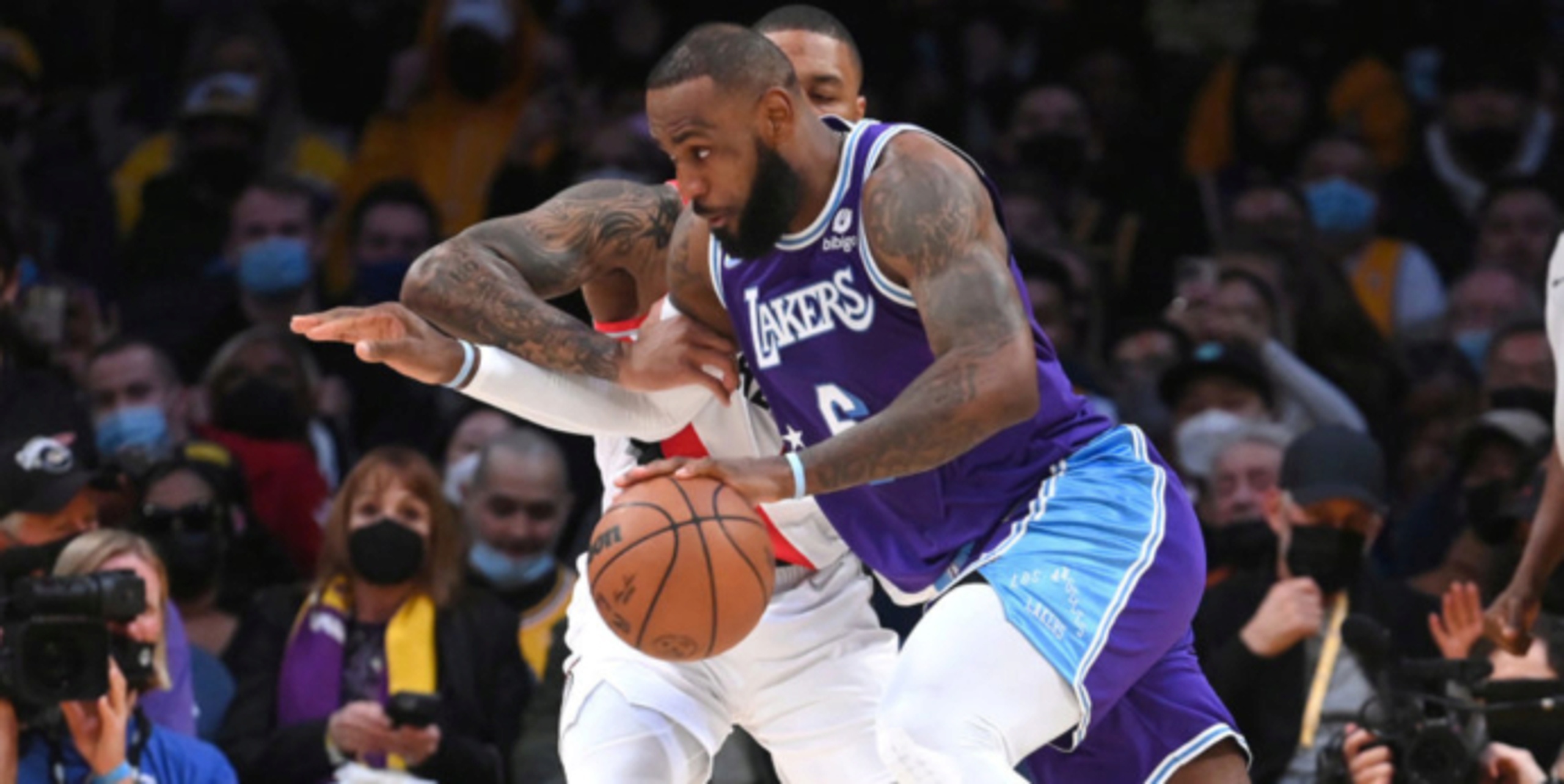 “I think we’ve just reached the point where it’s not even controversial at all to say the decline is finally here. Age has finally, to some degree, caught up with LeBron James."

That was Zach Lowe on Dec. 20 — since then, LeBron James has averaged 36.8 points, 10.3 rebounds, and 6.2 assists per game on 58.9% from the field. Friday night, in his first game as a 37-year-old, LeBron put up his most impressive game of the season, proving that the degree to which father time has caught up with him is minimal.

Cutting Down on Turnovers

Since the arrival of Russell Westbrook, the most glaring problem with the Purple and Gold has been turnovers. The Lakers have done a horrible job of taking care of the ball, and LeBron emphasized it in his postgame comments after the horrible loss to the Grizzlies a couple of days ago.

In a perfect example of “practice what you preach,” the 37-year-old James put up the big numbers mentioned above with ZERO TURNOVERS in the very next game after he gave this quote. With Anthony Davis out with a sprained MCL, LeBron’s been putting the Lakers on his back. But despite his streak of impressive 30-point games, the Lakers are 2-5 in those games.

We’ve known for years LeBron’s been managing his effort level in the regular season, and it’s probably one of the main reasons for his impressive longevity. That strategy will obviously have to be put on ice for a while. The Lakers are currently 7th in the West with an 18-19 record.

Given the fact Anthony Davis is out for at least a month, there’s no more time for load management. One of the reasons James was able to do what he did in only 29 minutes was because the spiraling Portland Trail Blazers were on the other side of the court. More often than not, it’s going to take a lot more than 29 minutes to carry this Lakers team to victory.

The question isn’t can LeBron do this, we know he (still) can. The question is, at what cost will the effort come? We’ll find out in April and May.