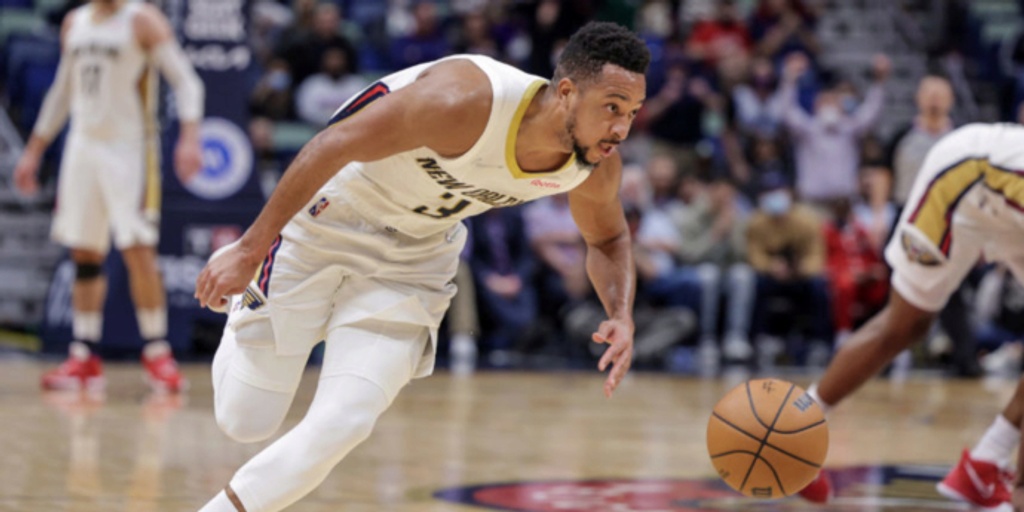 CJ McCollum on Zion: 'I haven't had conversations with him directly'

CJ McCollum said on TNT last night that he has yet to have conversations with Pelicans star Zion Williamson since McCollum was traded to New Orleans.

McCollum tells TNT broadcast crew, “I know about as much as you do right now. But I’m going to get to the bottom of it.” pic.twitter.com/KXfBBn5tym

“I haven’t had conversations with him directly,” McCollum said. “I’ve spoken with some people close to him and I look forward to sitting down with him sooner [rather] than later. I know about as much as you do right now but I’m gonna get to the bottom of it.”

McCollum has spent just under two weeks with the franchise since being dealt from the Portland Trail Blazers. Through five games with the team, he is averaging 28.4 points, 6.0 rebounds and 5.4 assists while shooting 42.5% from long range. Williamson has not played all season as he recovers from a foot injury.