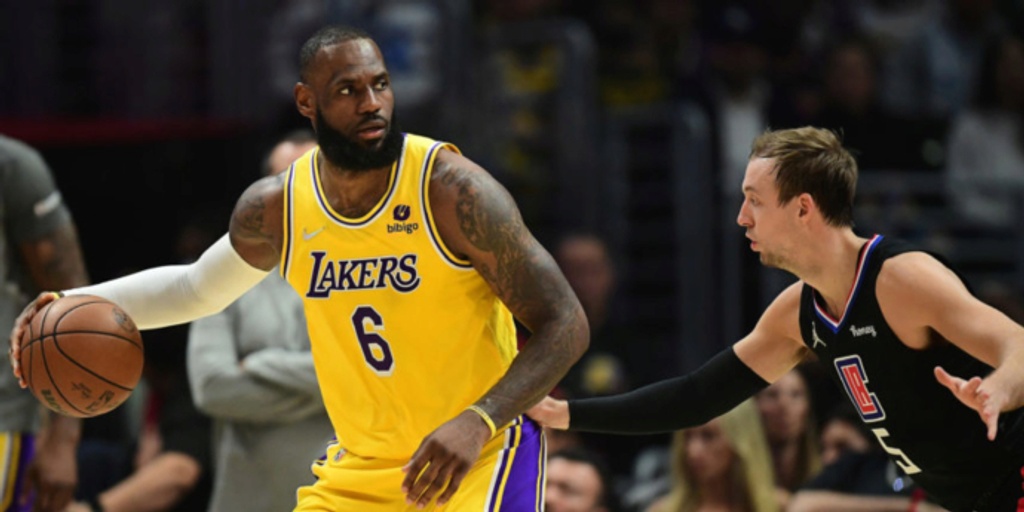 LeBron James: 'I don't have a cap on how long I want to play'

When you're watching LeBron James play, it's easy to forget that he's 37 years old.

How much longer does LeBron want to keep playing? He was asked this question during his exit interview with reporters on Monday.

"I don’t have a cap on how long I want to play,” James said. "But I can still produce at a high level, as I showed this year, for sure."

On a recent episode of "The Shop," James discussed this same topic, and his answer suggests he isn't planning to walk away anytime soon.

"I'm trying to squeeze as much juice out of this mothaf***in' orange as I can," James said. "And I'm still good. If I was out there on some bullsh*t, like nasty-looking Bron, I'd have been quit. But I'm still nice as f*ck out there!"

LeBron on how much longer he’ll play pic.twitter.com/DPzhI4qVWy

James has said on multiple occasions that he wants to play alongside his son, Bronny, before he retires.

“My last year will be played with my son,” James told The Athletic. “Wherever Bronny is at, that’s where I’ll be. I would do whatever it takes to play with my son for one year. It’s not about the money at that point.”

The earliest that Bronny can become draft eligible is two years from now, so that suggests that — barring something unforeseen — James will likely continue playing through the 2024-25 season.