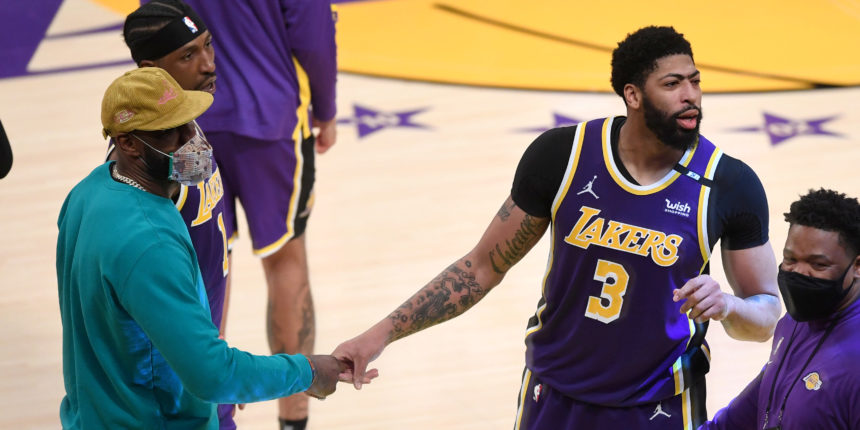 LeBron James announced via Twitter that he is out for Wednesday's game against the Houston Rockets.

Getting close but I won’t be in the lineup tonight but more importantly I will be there to put that CHAMPIONSHIP banner in the rafters at Staples Center in front of our fans!! #No17 💜💛

Anthony Davis is listed as questionable, as is Alex Caruso.

ANALYSIS: James has pushed his return back twice now from his initial target game, which was yesterday against the Knicks. Davis joins the injury report with what Goon says is "left abductor tightness." The Lakers would certainly like to play both soon, as the seventh-seeded squad continues to fight to get out of the play-in tournament.