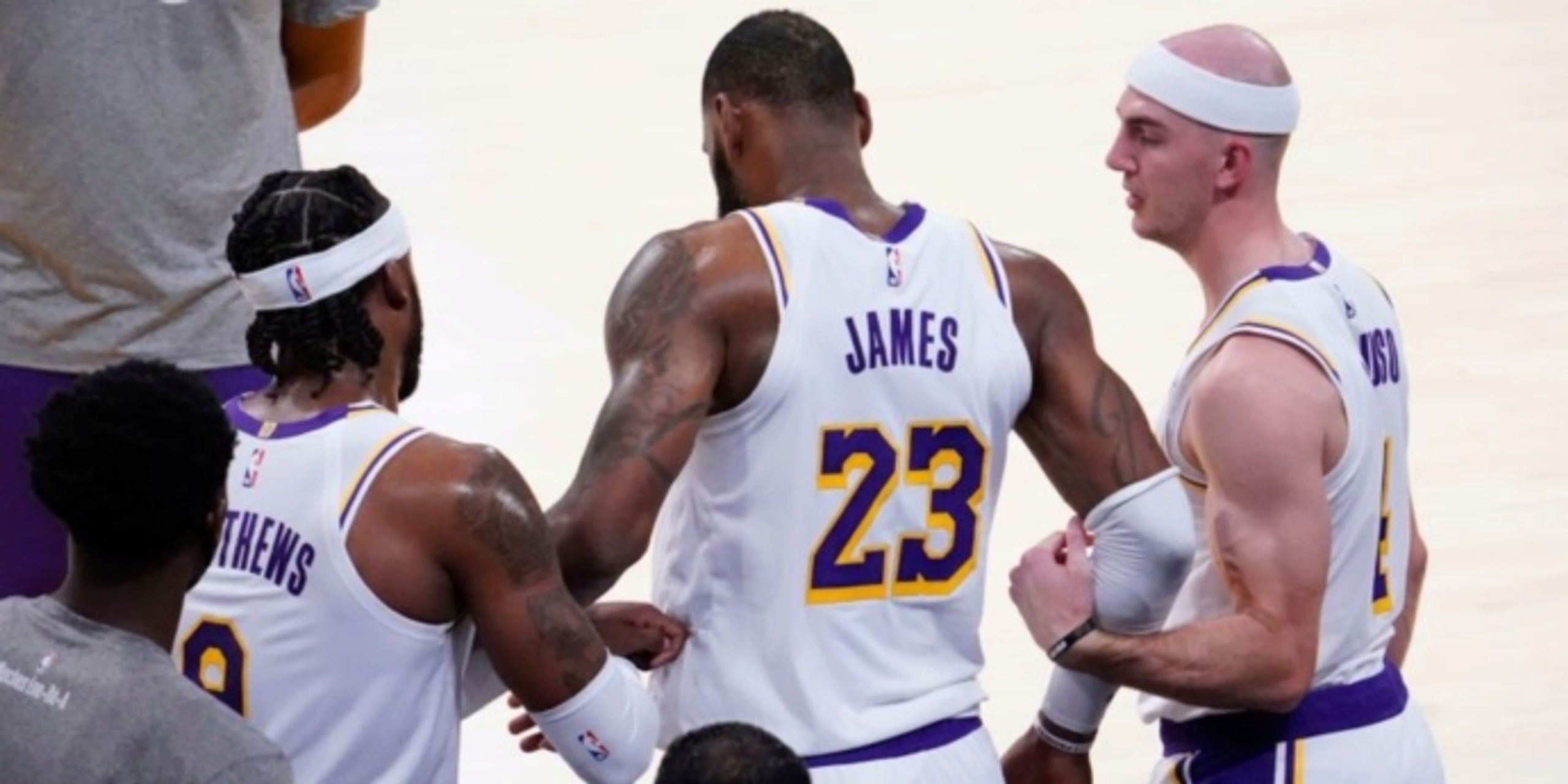 After LeBron James suffered a high ankle spain in the Los Angeles Lakers' contest on Saturday, teammates were asked about what they expect the timetable could be like without the superstar.

"He's bounced back before and he will in a couple of days," Dennis Schroder said. "So, I'm not worried."

"This guy is a pro, man. I don't think it's going to set him back too much, but he is human, man," Harrell added.

James injured the ankle during a play for a loose ball in the Lakers' 99-94 loss to the Atlanta Hawks. He now joins star teammate Anthony Davis on the injury report, and no timetable has been given yet for a James return.

But Jeff Stotts of InStreetClothes.com noted that James has suffered eight different ankle injuries over his career and missed just three games. Hopefully, James can power through this setback in a similar manner.