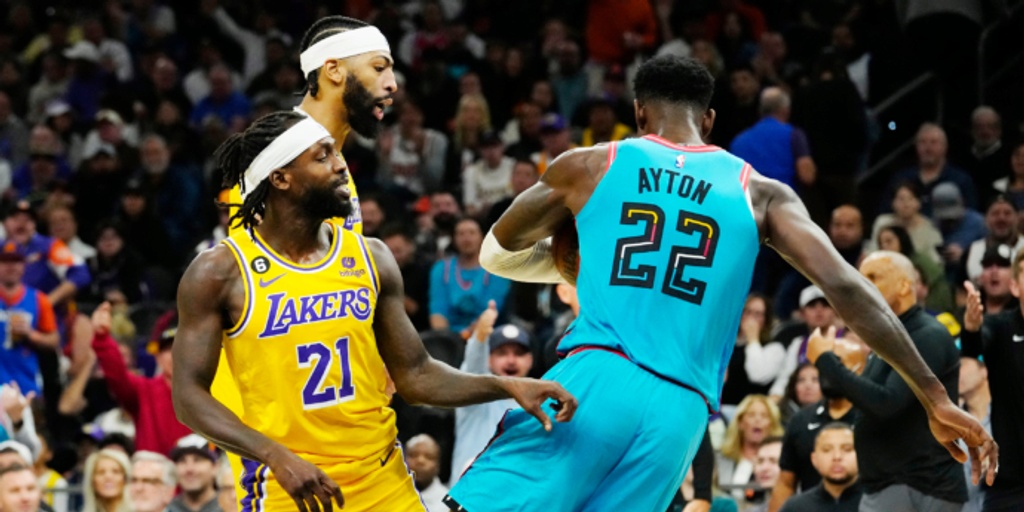 The league added that the suspension was based on his "history of unsportsmanlike acts."

The following was released by the NBA. pic.twitter.com/eKsauMBRKU

The three-game suspension will cost Beverley $268,965 in salary.

“Tough foul, hard foul, Austin [Reaves] gets knocked down, there’s a little bit of chirping going on with Book and Ayton and some of our guys, and then from what I saw, Ayton was just standing there about to walk over him,” Lakers coach Darvin Ham told reporters on Tuesday. “And then Pat Bev... you don’t want this to be a tough-man competition. You actually want to play tough basketball. But at the end of the day, I’m not mad at him. He’s there protecting his teammate.”

The Lakers are 5-11, which is the second-worst record in the Western Conference. Check out the incident with Ayton below:

Lakers guard Patrick Beverley has been suspended three games without pay for forcefully shoving Suns center Deandre Ayton from behind and knocking him to the court, the NBA says. “The suspension was based in part on Beverley’s history of unsportsmanlike acts.” pic.twitter.com/tKAPBR8Uzm