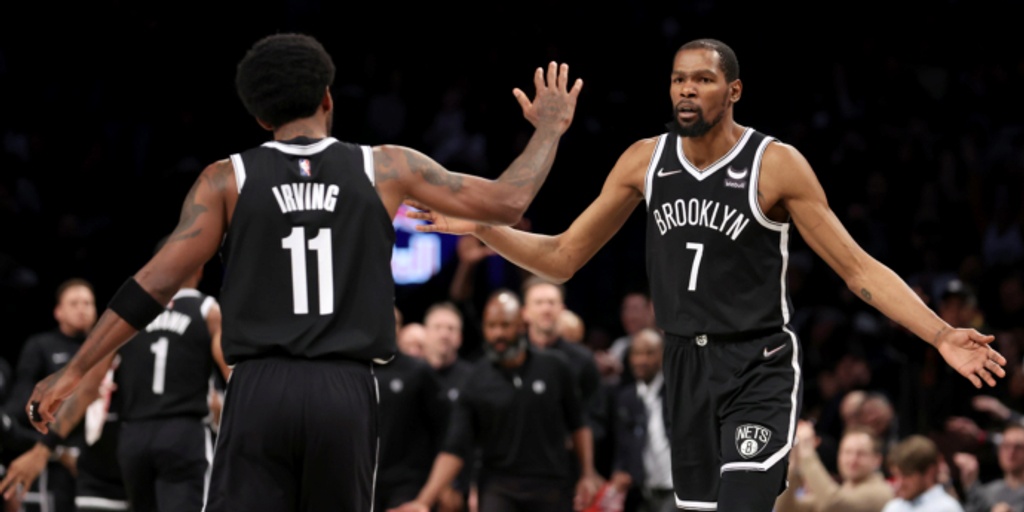 After an eventful offseason, the Brooklyn Nets reported for media day on Monday. Kyrie Irving addressed reporters for the first time in months and was asked how he reacted to Kevin Durant's trade request (which came immediately after he opted in with the Nets).

"It was just a lot," Irving admitted. "Like, hearing Kev wanted a trade request, I opt in, it's awkward. It's very awkward. I'm sitting at home like, 'I don't know what to think of it.'

"But because there's a trust that we have with each other, I just really want to see him do well and be happy. So if that wasn't within our organization, I was going to have to accept that and move on."

What was it like for Kyrie Irving to learn of Kevin Durant’s trade request right as he had opted in for next season?

Irving added that some "honest conversations" needed to take place in order to resolve the Nets' behind-the-scenes issues and they did.

Now, with Ben Simmons in the mix and Irving eligible to play the entire regular season, the Nets could compete for the East's top seed.