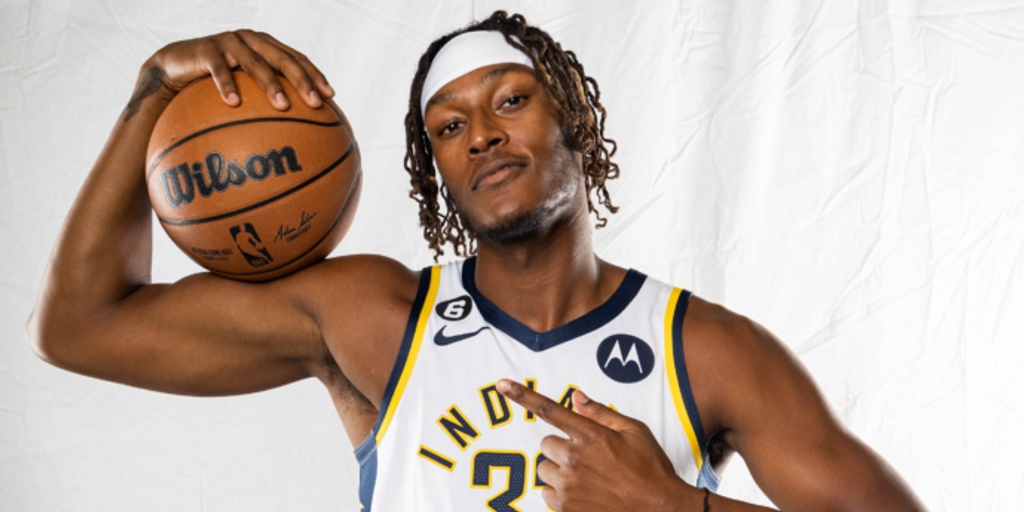 Myles Turner on offseason trade rumors: "Something I'm numb to"

Indiana Pacers center Myles Turner has been the subect of plenty of trade rumors again this offseason. First, the team signed restricted free agent center Deandre Ayton to an offer sheet before the Phoenix Suns matched it to keep the big man. Then he was tied to the Los Angeles Lakers in rumored deals involving Russell Westbrook that never happened.

It's far from the first time that Turner's name has come up in trade rumors but the 26-year-old said at the Pacers media day on Monday that it comes with the job and doesn't bother him.

"For me, this is my eighth season and I’ve been in trade rumors for the last four or five years," said Turner. "It’s something I know I’m numb to; it’s something, it’s just whatever comes with this business. There are no hard feelings in this business. you have to take the emotions out of everything and I’ve learned that at a young age and I still hold true to that.

"My job is to come in here and help these young guys now. I’m no longer the young guy in the locker room. I’m 26 and one of the oldest in the room and that’s something that’s a new position for me and one of the things I want to take a lot of pride in as well. So, that’s where all my attention lies. As long as I’m in this uniform, I’ll go out there and represent this state and how it’s supposed to be represented and represent myself in the same manner."