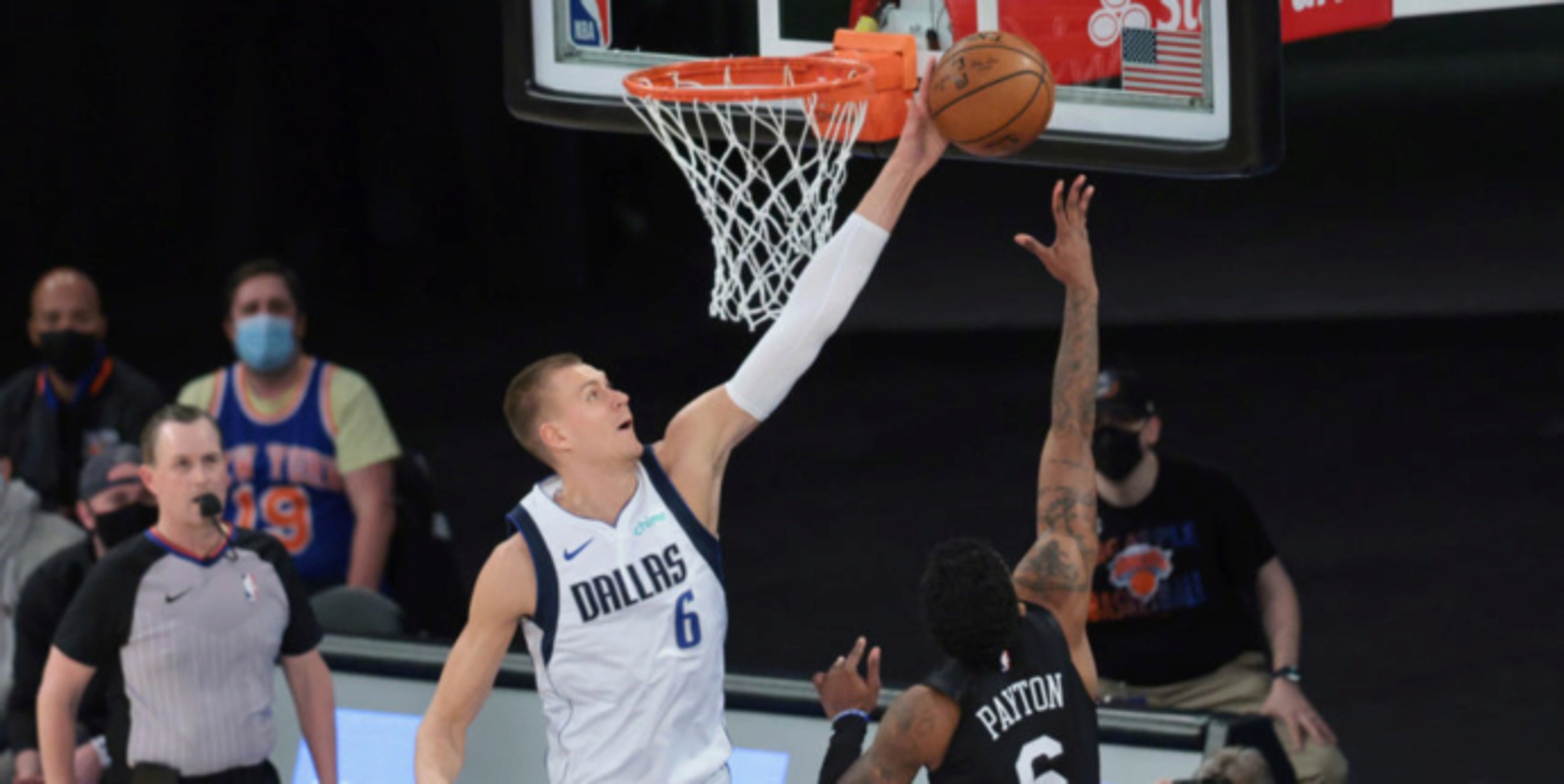 Kristaps Porzingis has no timetable on wrist injury

Kristaps Porzingis was out Monday against the Utah Jazz due to a sprained wrist, and according to head coach Rick Carlisle, the absence could extend to multiple games.

"We don't have a timetable," Carlisle said. "We hope it's not serious. It's something that he's been dealing with for a number of weeks, so we're going to hope for the best on that."

ANALYSIS: Porzingis already missed the first nine games of the season after recovering from knee surgery in the offseason. While it remains to be seen how long this injury lasts, it comes at a tough time for a Mavericks team right in the thick of the Western Conference playoff race. The 25-year-old center is averaging 20.2 points, 8.9 rebounds and 1.6 blocks per game.