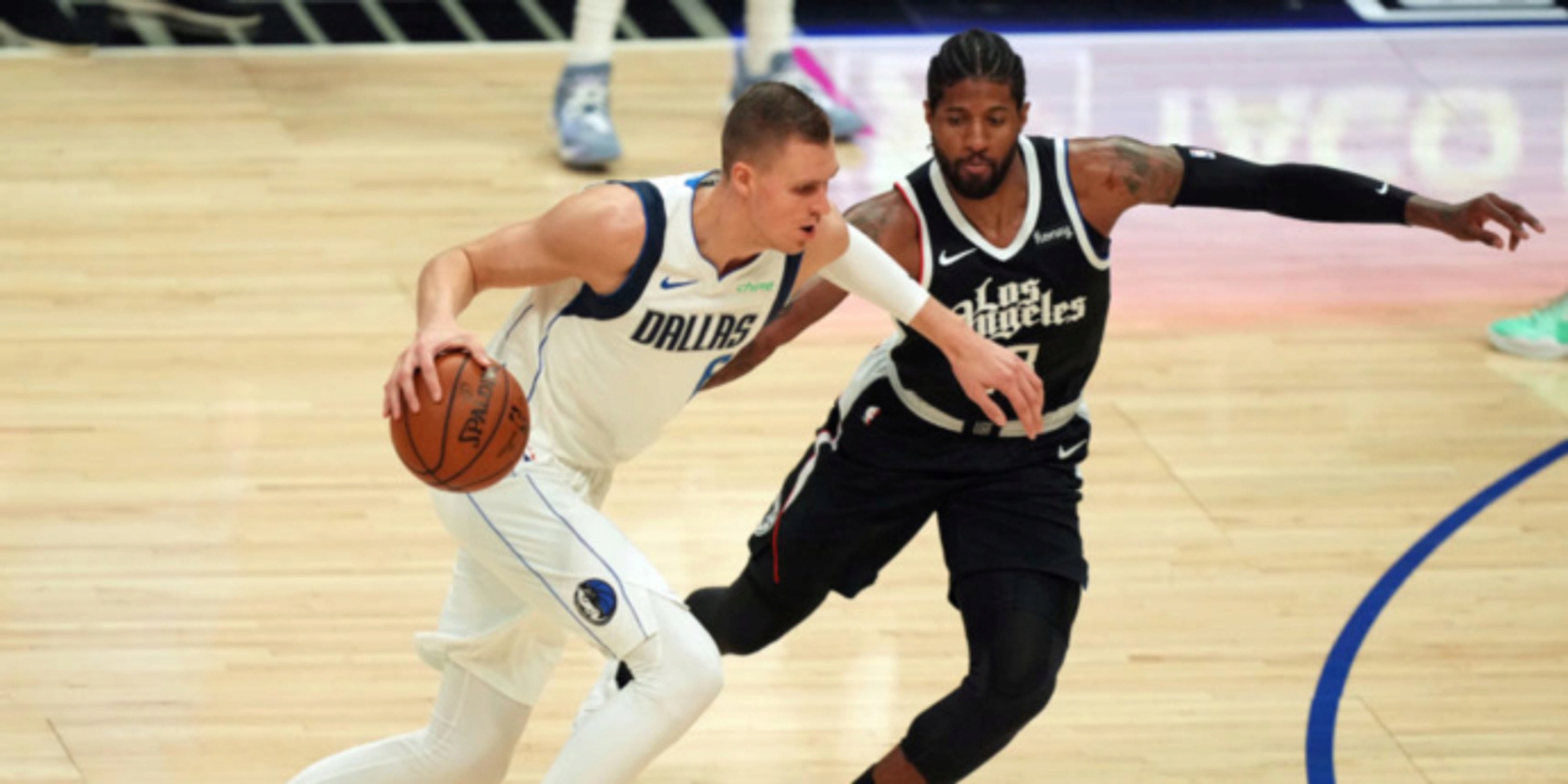 Kristaps Porzingis 'feeling more like an afterthought than a co-star'

As Tim McMahon wrote for ESPN, Kristaps Porzingis "has been frustrated, often feeling more like an afterthought than a co-star as Doncic dominates the ball and the spotlight, sources told ESPN. Porzingis frequently made thinly veiled references during his postgame media availabilities, such as saying the "ball actually moved tonight" after high-scoring performances or stating that the offense didn't involve him on low-scoring nights."

ANALYSIS: Porzingis averaged 20.1 points and 8.9 rebounds per game with the Dallas Mavericks in the regular season, but was inconsistent with his impact in the first round, which Dallas lost to the Los Angeles Clippers in seven games. It has been reported multiple times that the relationship between Porzingis and star Luka Doncic isn't exactly perfect. Porzingis is in the middle of a five-year rookie extension and will make $31 million next season.