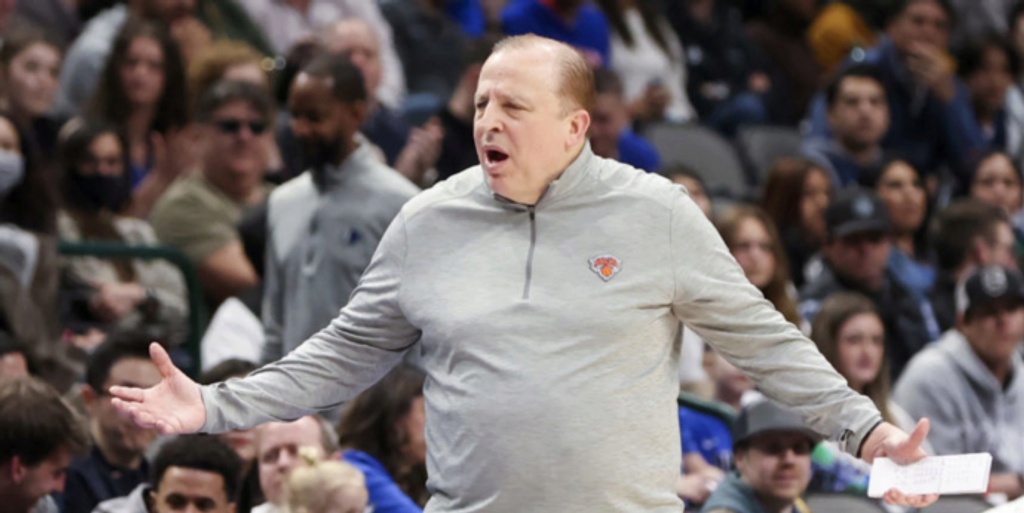 While there has been plenty of speculation regarding the future of Tom Thibodeau, the New York Knicks' head coach is excected to remain on the job beyond this season according to Jake Fischer at B/R.

Sources: Despite league-wide speculation, New York is expected to retain Tom Thibodeau as the Knicks' head coach beyond this 2021-22 season. More details at @BR_NBA: https://t.co/C9tLUozMGF

Fischer reports that Knicks governor James Dolan gave the front office permission to decide if Thibodeau would stay on or be removed but team president Leon Rose does not have any plans to make a change.

"It's not like they inherited him. This was Leon's guy," said one NBA coaching figure. "Leon would have to answer to that."

ANALYSIS: It was a quick turnaround for the Knicks last season, the first with Thibodeau as head coach, as the team rose to the No. 4 seed in the Eastern Conference before losing to the Atlanta Hawks in the first round of the playoffs. This season has been a much different story, with the team now 5.5 games back of the play-in tournament.

Thibodeau is in the second year of a five-year contract with the Knicks.