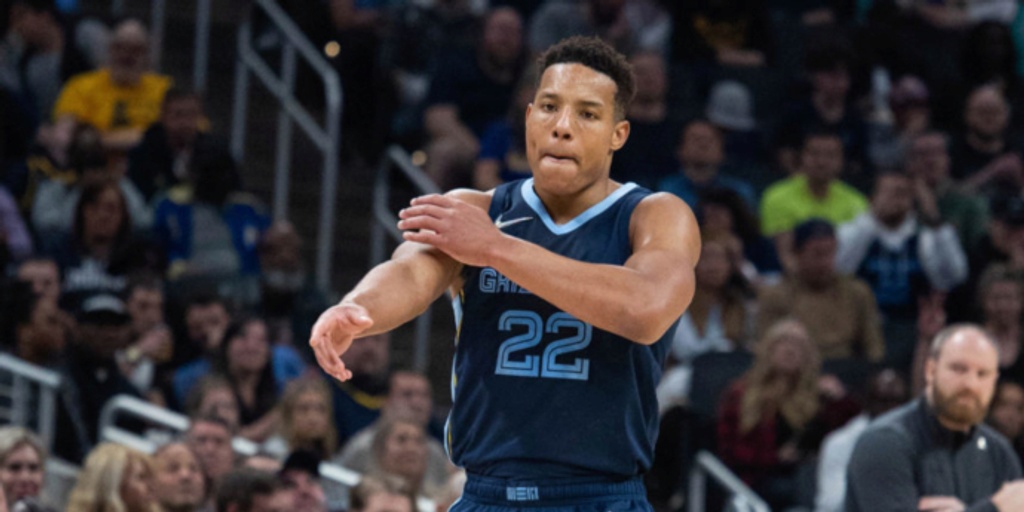 De’Anthony Melton added 18 points while Morant sat out with back soreness. The Grizzlies made the decision to hold him out after he went through pregame warmups.

It was the fourth consecutive victory for the Grizzlies. The Pacers have lost two in a row and five of their last six games.

“We played great,” Bane said. “Everybody contributed. We had 38 assists, not a lot of teams do that."

Bane, who grew up about 75 miles away in Richmond, Indiana, said it was great to have so many family and friends at the game.

Steven Adams had 13 points and 13 rebounds for the Grizzlies.

Jalen Smith scored 15 points for Indiana. Buddy Hield and Terry Taylor each had 14.

Tyus Jones, who started in Morant’s spot, had 10 assists.

“We shared the ball,” Jones said. “We played fast. We played with pace. We played unselfish basketball. Instead taking a good shot, we created for someone else to have a great, wide-open shot. We had everything clicking on both ends of the floor.

“Ja has been out before this year and I just try to step in and fill his shoes the best I can,” Jones added. “We just try to get the team to continue to play the right way, play as a team and execute the game plan.”

The 33-point loss was the Pacers’ largest of the season, topping the previous total of 32 points to Charlotte.

The Grizzlies dominated throughout, leading by as many as 37 in the third quarter before settling for a 104-70 lead after three quarters.

In the fourth quarter, the Pacers’ Isaiah Jackson fouled out when he was called for a flagrant foul on a moving screen. Jackson actually fell over Dillon Brooks.

The Pacers' largest deficit was 43 points in the fourth quarter.

“I think looking at the stat sheet and remembering the game, I've got to give them a lot of credit for how they played,” Pacers coach Rick Carlisle said. “(It was) very, very difficult night.”

Pacers guard Malcolm Brogdon said the Pacers had no chemistry on either end.

“There was no consistency,” Brogdon said. “Part of it is new team and attention to detail and coming out being ready to play. That's a real good team out there with or without Ja Morant.”

“It's hard to forget about this,” Hield said, “We can try to flush it out of our minds, but it's human nature, especially as competitors. It'll be hard to sleep.”

Grizzlies: Coach Taylor Jenkins said before the game he doesn’t see Morant’s back soreness as anything that will linger for multiple games. … Jackson played three seasons for Park Tudor School in Indianapolis before transferring to La Lumiere in LaPorte, Indiana.

Pacers: Brogdon returned to action after missing the past two games with a concussion. He scored 12 points. … Goga Bitzadze was listed as active, but didn’t play. He had missed Sunday’s game at Atlanta with a lingering foot injury.

STAT OF THE DAY

The Grizzlies scored 24 fast-break points in the first half compared to zero for the Pacers. For the game, Memphis had a 33-9 edge.

Grizzlies: At Atlanta on Friday

Pacers: At Houston on Friday