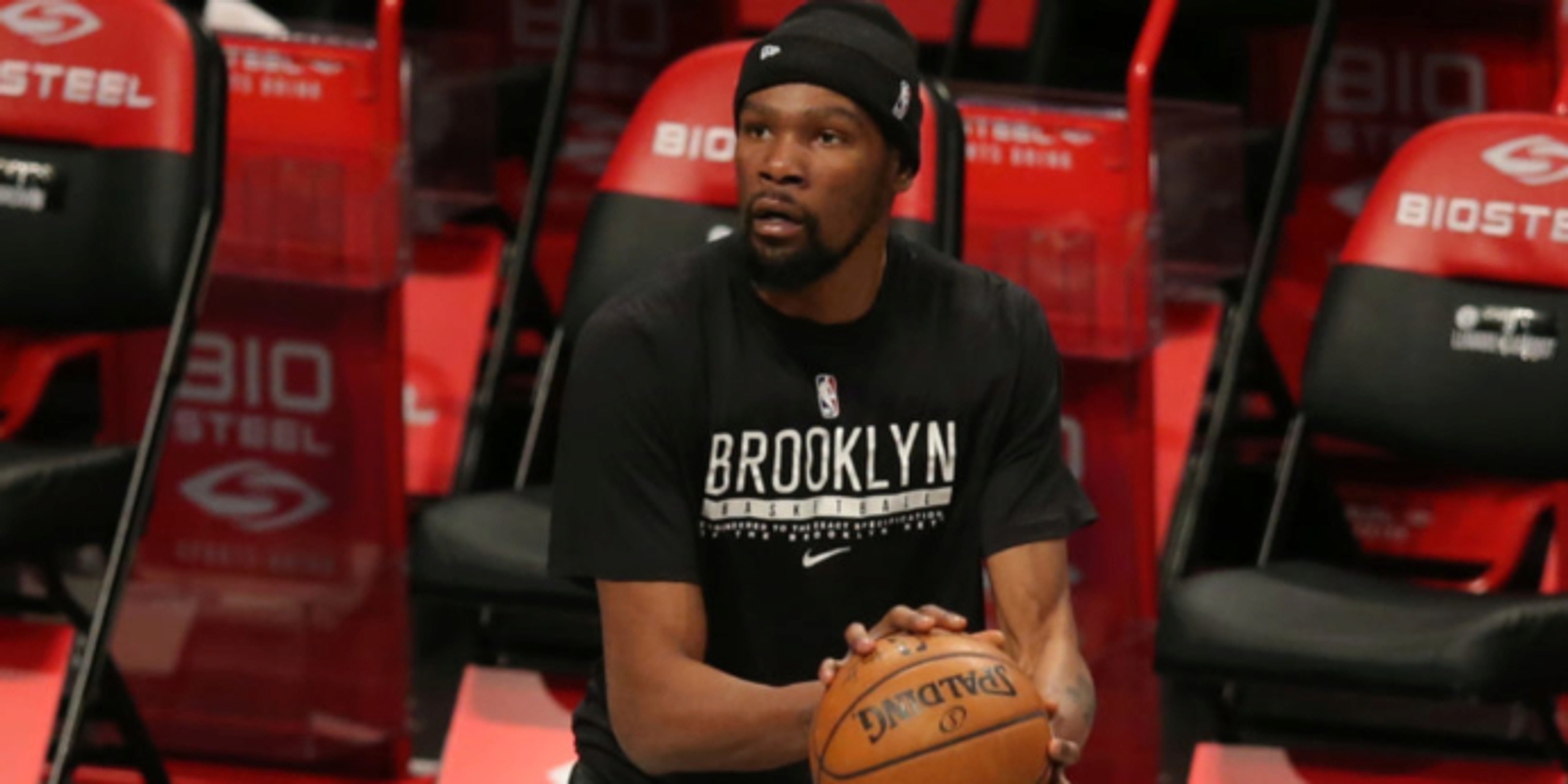 Kevin Durant (hamstring) to return to lineup today vs. Pelicans

ANALYSIS: Durant is set to return to the lineup for Brooklyn after missing nearly two months with a hamstring injury. The strained left hamstring has kept Durant out of 26 of Brooklyn's last 27 games, but all signs point to the former MVP making his return on Wednesday night against the Pelicans.