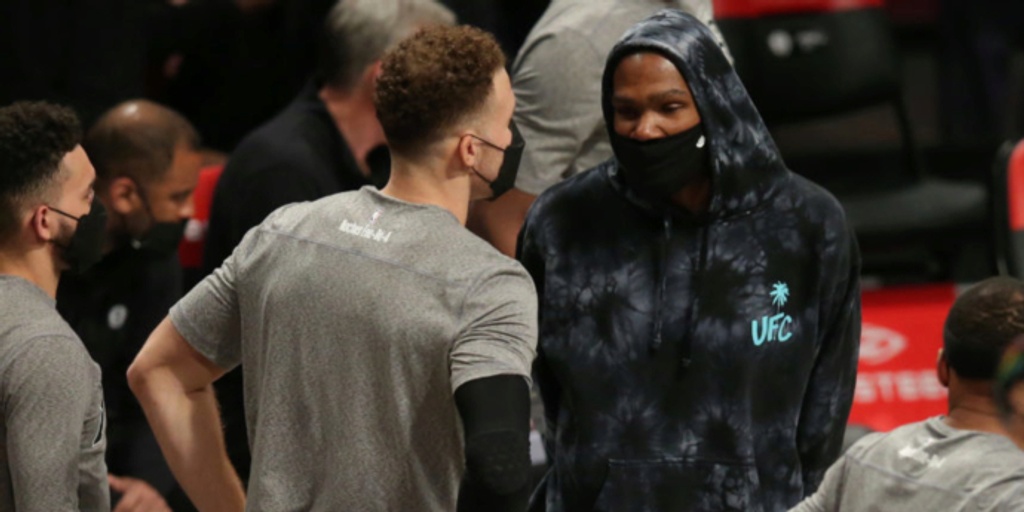 Kevin Durant closing in on return to action

The Brooklyn Nets have been without Kevin Durant since February 13 due to a hamstring injury, but things may be looking up for his return to game action.

"Sources tell me Kevin Durant is closing in on a return to the floor."

Our NBA Insider @ShamsCharania has the latest on Durant, plus an update on James Harden's hamstring injury. pic.twitter.com/vwLoeKZepr

Durant has played just 19 games with the Nets this year due to various injuries and a stint in the NBA's health and safety protocols. When he's been on the floor, he's been one of the league's best offensively, averaging 29 points on 52.4% shooting and 43.4% from 3-point range.