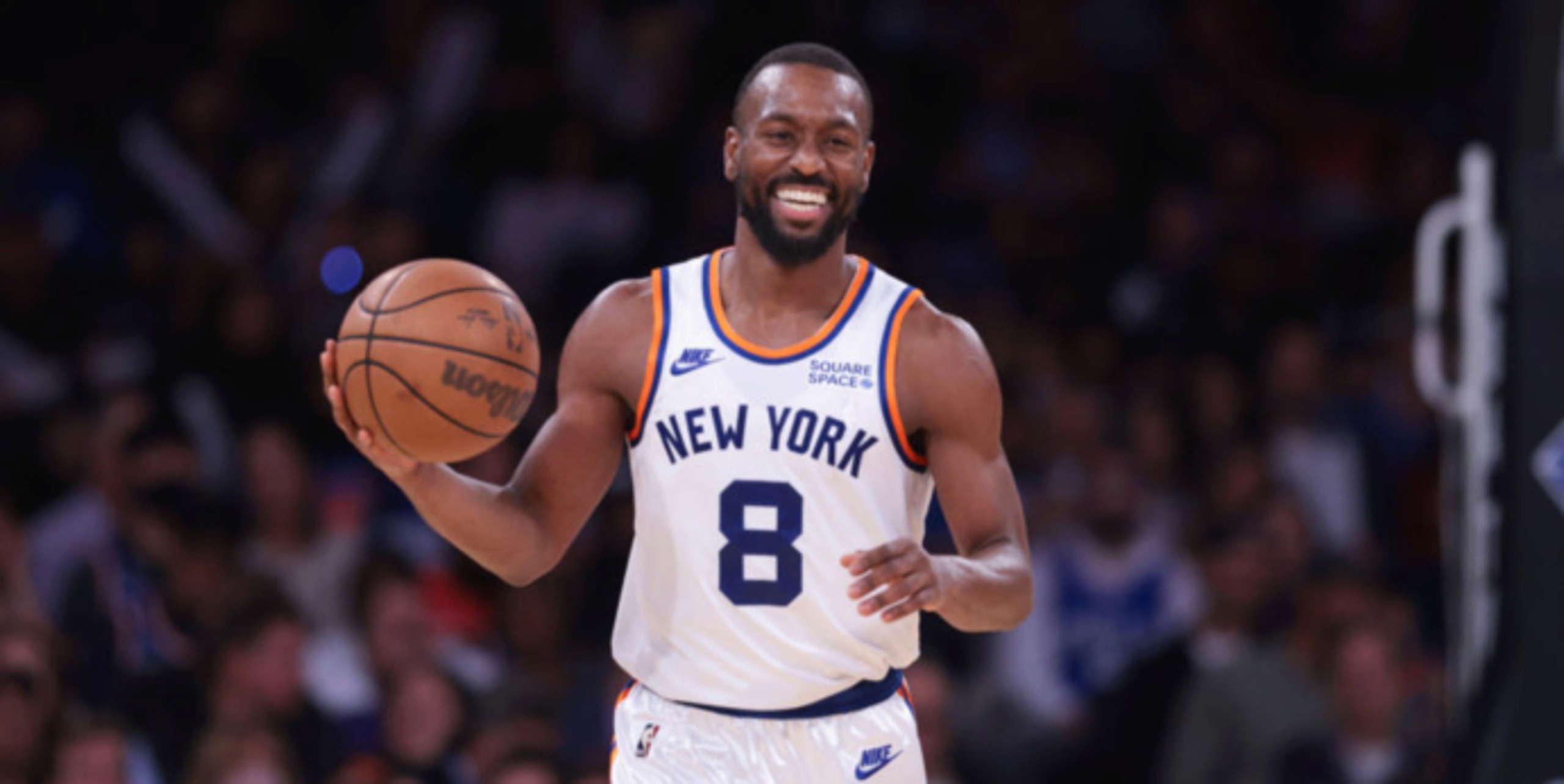 He crossed the half-court line with his eyes on the basket. Never one to shy away from a shot, Julius Randle surprised all in attendance when he turned to his right and started toward the middle of the floor.

The newest New York Knick cut to his left before receiving an underhanded scoop pass from Randle, who set a screen on Seth Curry. Already burned by Walker on a previous possession, Tobias Harris made what seemed to be a wise business decision — he sagged off of Walker instead of blitzing him.

Walker made him pay.

The veteran guard immediately recognized that he had enough space to launch a three-pointer, so he took what the defense gave him, and his shot found the bottom of the net. But this trey wasn’t just any other shot, it was Walker’s fourth consecutive make in a decisive stretch that saw the Knicks open up a 20-point halftime lead against Joel Embiid and his Philadelphia 76ers.

And it was the last shot he’d hit before many in attendance began chanting his name.

As Walker was serenaded by the fans of his new old team, he gave the Knicks a cushion they were ultimately able to turn into a win.

If there was any lingering doubt, at this point, there wasn’t any longer. With Madison Square Garden chanting his name, Kemba was indeed home.

“It was the kind of moment I dreamed about when I was a kid,” he’d reveal after the Knicks broke a 15-game losing streak against the Sixers on Tuesday night.

And it was the kind of moment the Garden faithful envisioned when the news of Walker’s return to New York was made public last summer.

New Yorkers aren’t necessarily known to be patient people — not with pizza deliveries, not with the subway and not with professional sports. Walker, a native New Yorker, knows that quite well. That’s why, according to a few of his teammates, he was particularly hard on himself with three fairly subpar showings in his first three games as a Knick.

Tentative and slow to react, the veteran point guard didn’t resemble the same player who became known in the NBA for his timely cuts, change of direction and ability to knife his way into the teeth of an opposing defense.

But against Philadelphia, Walker looked spry and energized. At Madison Square Garden, he looked to be at home.

“That’s how this league works,” he said.

“There’s going to be nights where things aren’t going your way. The best thing about this league is a day later, you have a game. It’s all about how you come back.”

As Tom Thibodeau continues on his crusade to make New York a contender in the Eastern Conference, last summer, the common belief between the coach and his front office was that his team suffered from the absence of an attack guard. In their first-round loss to the Atlanta Hawks last postseason, the Knicks' overreliance on both Randle and Derrick Rose simply caught up to them.

While one of the best reserve guards in the league, asking Rose to captain the team’s offense for 35 minutes per night was a task that caught up to the veteran over the course of a physical playoff series, while Randle was proven to still have quite a bit of growing to do as a player. After some of the bigger names on the free-agency market landed elsewhere, the Knicks rebounded nicely by securing the services of Walker, and now, his potential redemption is inspiring.

By the time Walker’s fourth game as a Knick had ended, it was quite obvious that it was really the first game that he looked like the guard the organization hoped it was getting. He scored a team-high 19 points to go along with 5 rebounds and 3 assists, and shot 7-for-15 from the field, including 5-for-11 from three-point territory.

Obviously, in the grand scheme of things, one early-season win doesn’t mean that much for the Knicks. But for Walker’s confidence — and for the belief that he can be the missing piece that brings Thibodeau’s puzzle together — it was a welcome sight.

By and large, the Knicks will only go as far as Randle will be able to carry them as the team’s go-to scorer; but this season, he’ll have plenty of help. The All-Star forward has begun to see the floor incredibly well and find teammates both on the interior and on the perimeter for easy looks. That includes Walker, who was assisted by Randle on three of his looks against Philadelphia.

The hope for Thibodeau was that Walker would be able to productively and seamlessly fit in with Randle and RJ Barrett, and if there’s at least one conclusion to draw from Walker’s early tenure with the Knicks, it’s that he won’t force his own will or personal agenda on the team. They’ll be better for it.

Walker — much like he was in Boston — is willing to let others lead, and pick and choose his spots. At the end of the day, that’s exactly what makes the New York Knicks dangerous. Already a productive team, the hope was that Walker would address some of the team’s major weaknesses, and at least on one night, he proved to be able to do exactly that.

For the most part, the road to the NBA Finals is expected to go through Brooklyn and Milwaukee, and both Chicago and Miami are likely to have something to say about that.

But one old adage that holds true and seems appropriate in this moment is that the game isn’t played on paper. Judging by what the Knicks have produced on the court over their first few games of the 2021-22 season, at a minimum, they are a team worth keeping an eye on.

With a noticeable pep in his step and a swag that was reminiscent of him at the peak of his powers, Walker led the Knicks to a rare victory over Joel Embiid and his Sixers.

If he continues to channel the Kemba Walker of old, it’s completely fair to wonder where else he might be able to carry them to.