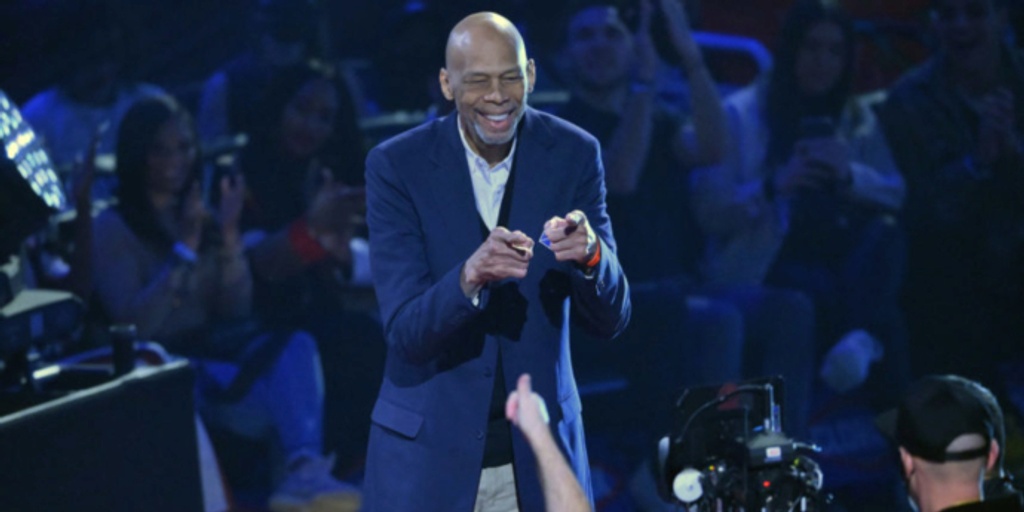 Over the years, Kareem Abdul-Jabbar has praised LeBron James for using his platform to affect change, helping the next generation with the I Promise School and respecting the legends who paved the way for him.

However, the six-time NBA MVP has some issues with James’ recent antics and how they impact his various causes.

“I just thought that he wasn’t adding positive energy to what he’s trying to do with some of the things he was doing,” Abdul-Jabbar told BasketballNews.com's Jesse Blancarte in an exclusive interview. “I don’t know if you saw his big-balls [celebration], but it was ridiculous. I don’t get it...

After hitting a clutch shot against the Indiana Pacers in November, James did the dance popularized by Sam Cassell, which earned him a $15,000 fine from the NBA.

Abdul-Jabbar was at Crypto.com Arena on Sunday, as the NBA unveiled the Kareem Abdul-Jabbar trophy that is given to the recipient of the league’s annual Social Justice Champion award. Carmelo Anthony was last year's recipient and was presented with the award. The honor recognizes a current NBA player who is pursuing social justice and advancing Abdul-Jabbar’s life mission to engage, empower and drive equality for those who are historically marginalized or systemically disadvantaged.

While at Crypto.Com Arena for the ceremony, Abdul-Jabbar elaborated on his criticism of James.

"Some of the things that he's done and said are really beneath him, as far as I can see,” Abdul-Jabbar told reporters. “[And they are beneath] some of the great things that he's done. He's standing on both sides of the fence almost. It makes it hard for me to accept that when he's committed himself to a different take on everything. It's hard to figure out where he's standing. You've got to check him out every time... [I have] a higher expectation for him because he understands the issues and has spoken to them quite forcefully and eloquently."

Abdul-Jabbar said that he and James haven’t had a conversation about their recent differences, but he’s open to meeting.

"We haven’t spoken about them,” Abdul-Jabbar said. “I met LeBron, but it was really brief. So, we haven’t had a chance to get into some of that. I wouldn’t mind doing it, if he would want to take the time; I definitely got the time. I admire the things that he's done that have gotten all our attention. Sending a whole school to college? Wow. That's amazing! His thoughtfulness and willingness to back it up with his wallet, you got to give him credit for that. So I'm not throwing stones. I just wish he wouldn't... some of the things he's done, he should be embarrassed about. That's just where I'm coming from."

James is currently on pace to break the NBA’s all-time scoring record that is currently held by Kareem, who scored 38,387 points over the course of his career. When asked if that's contributing in any way to this recent tension, Abdul-Jabbar insisted that isn’t the case.

"I'm all for him doing it," Abdul-Jabbar said of James breaking his scoring record. "There's no envy there... Just with the issues I was talking about, things that really affect the Black community, he should be careful. That's all I'm asking."

Abdul-Jabbar offered the following advice to any players who want to affect change in their community.

“If they want to be a Social Justice Champion [recipient], they just need to keep their eyes and ears open for what they can do to make their community feel less pain and make their community a better place for all of the people who live there,” Abdul-Jabbar told BasketballNews.com. “I’m sure they have some ideas. [It’s about] doing what they can.”