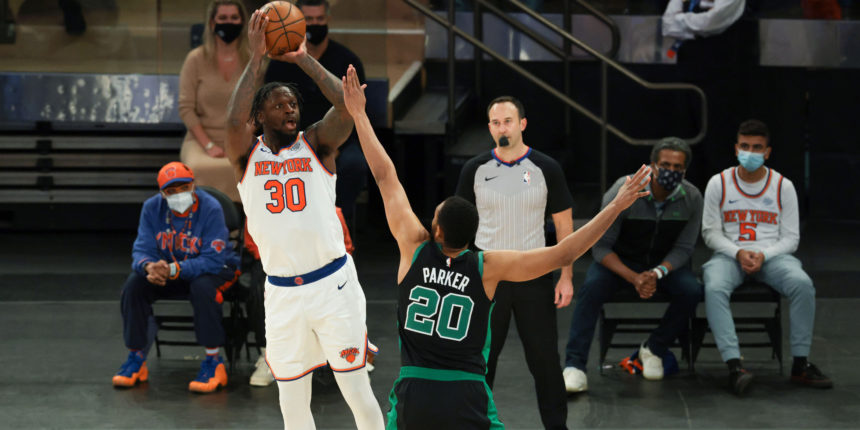 The NBA announced today that Knicks All-Star Julius Randle has won the 2020-21 NBA's Most Improved Player Award, here is the press release from the league:

A first-time NBA All-Star selection in his seventh season, Randle becomes the first player to win the Kia NBA Most Improved Player Award with New York.  The annual award, which was first presented in the 1985-86 season, is designed to honor an up-and-coming player who has made a dramatic improvement from the previous season or seasons.

In his second season with the Knicks, Randle averaged 24.1 points, 10.2 rebounds and 6.0 assists in an NBA-high 37.6 minutes in 71 games.  He set career highs for averages in points and assists and matched his career high in rebounds, ranking in the top 20 in the NBA in all three categories.  The 6-9 Randle is the sixth player in NBA history to average at least 24.0 points, 10.0 rebounds and 6.0 assists in a season, joining Larry Bird, Wilt Chamberlain, Nikola Jokić (who also did it this season), Oscar Robertson and Russell Westbrook.

Behind Randle, the Knicks (41-31) finish tied for the fourth-best record in the Eastern Conference.  New York made the NBA Playoffs for the first time since the 2012-13 season.

Randle, 26, signed with the Knicks as a free agent on July 9, 2019.  Before joining New York, he played his first four seasons with the Los Angeles Lakers and one season with the New Orleans Pelicans.  Randle entered this season with career averages of 16.1 points, 9.0 rebounds and 2.8 assists.

The voting results for the 2020-21 Kia NBA Most Improved Player Award are below.  The balloting was tabulated by the independent accounting firm Ernst & Young LLP.  Complete ballots for each voter will be posted at PR.NBA.com after the announcement of all end-of-season awards."

Randle, who has been awesome for the Knicks this season, will be under a lot of pressure come Wednesday as the favored Knicks have already given up home-court advantage after their Game 1 loss to the Hawks. Randle had a terrible night shooting the ball in Game 1 and will look to ride off this momenetum of winning MIP to help him get back into form for Game 2. 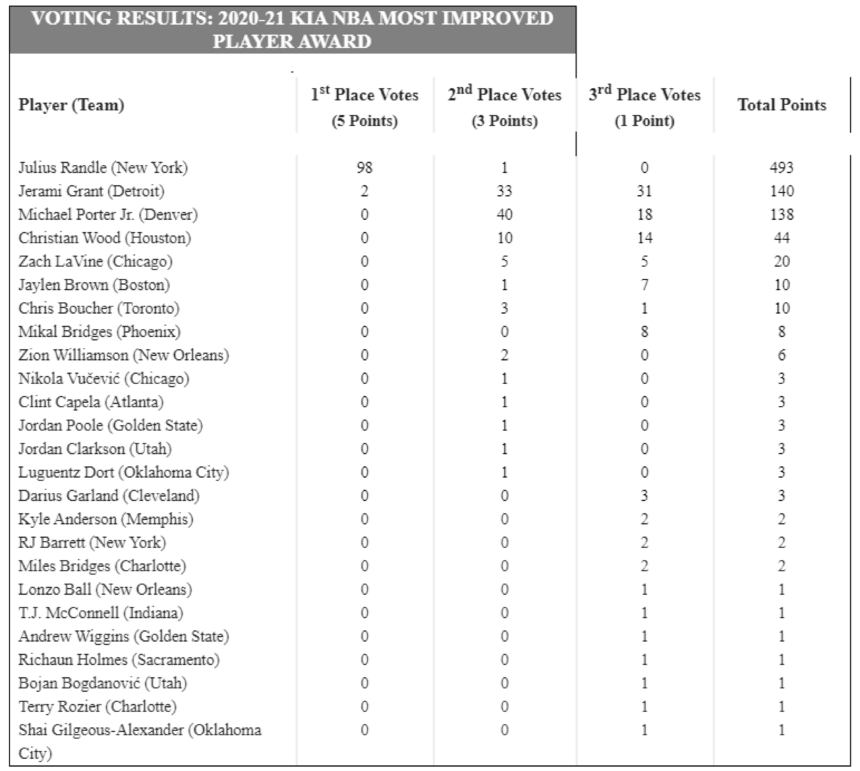