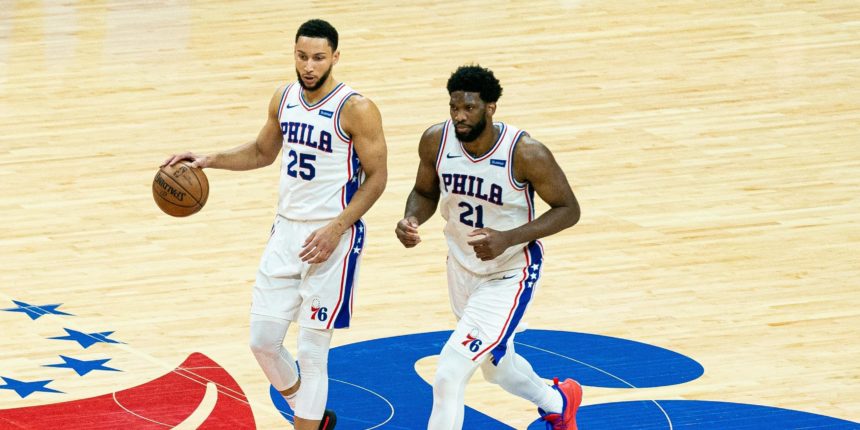 Joel Embiid responded to reports that Ben Simmons does not want to play on the same team as him due to fit. Embiid disagrees, stating that he thinks the Sixers have catered to Simmons' playstyle a great deal.

"I feel our teams have been built [around Simmons], whether it's the shooting needed or stretch-five and all that stuff, I feel like he's always had it here," Embiid said. "And we still have it... It was kind of surprising to see. Even going back to, I mean, the reason we signed Al [Horford]. We got rid of Jimmy [Butler], which I still think was a mistake, just to make sure he needed the ball in his hands, and that's the decision they made.

"Like I said, it's surprising. But I'm really focused on the guys that are here. The situation is disappointing [and] borderline kind of disrespectful to all of the guys that are out here fighting for their lives. Some guys rely on the team being successful to stay in the league and make money somehow."

ANALYSIS: Embiid is right that the team has prioritized Ben Simmons' fit at times, choosing to pay Simmons a max salary while letting Jimmy Butler walk.

The Sixers' starting lineup did feature four players with three-point percentages greater than 38%, though it was on a relatively low volume and the team was just 23rd in made threes last season.

Joel Embiid, who does note the Sixers are better with Ben Simmons around, says today that report suggesting they're not a fit together is "borderline disrespectful" to other guys on the team in a wide-ranging answer pic.twitter.com/UUeu5xtNAK

My past life as a sports agent: Bologna, Italy
13h

How the Washington Mystics are winning with activity
12h

Lloyd Pierce opens up about BAL Coaches Clinic, his growth as a coach
16h