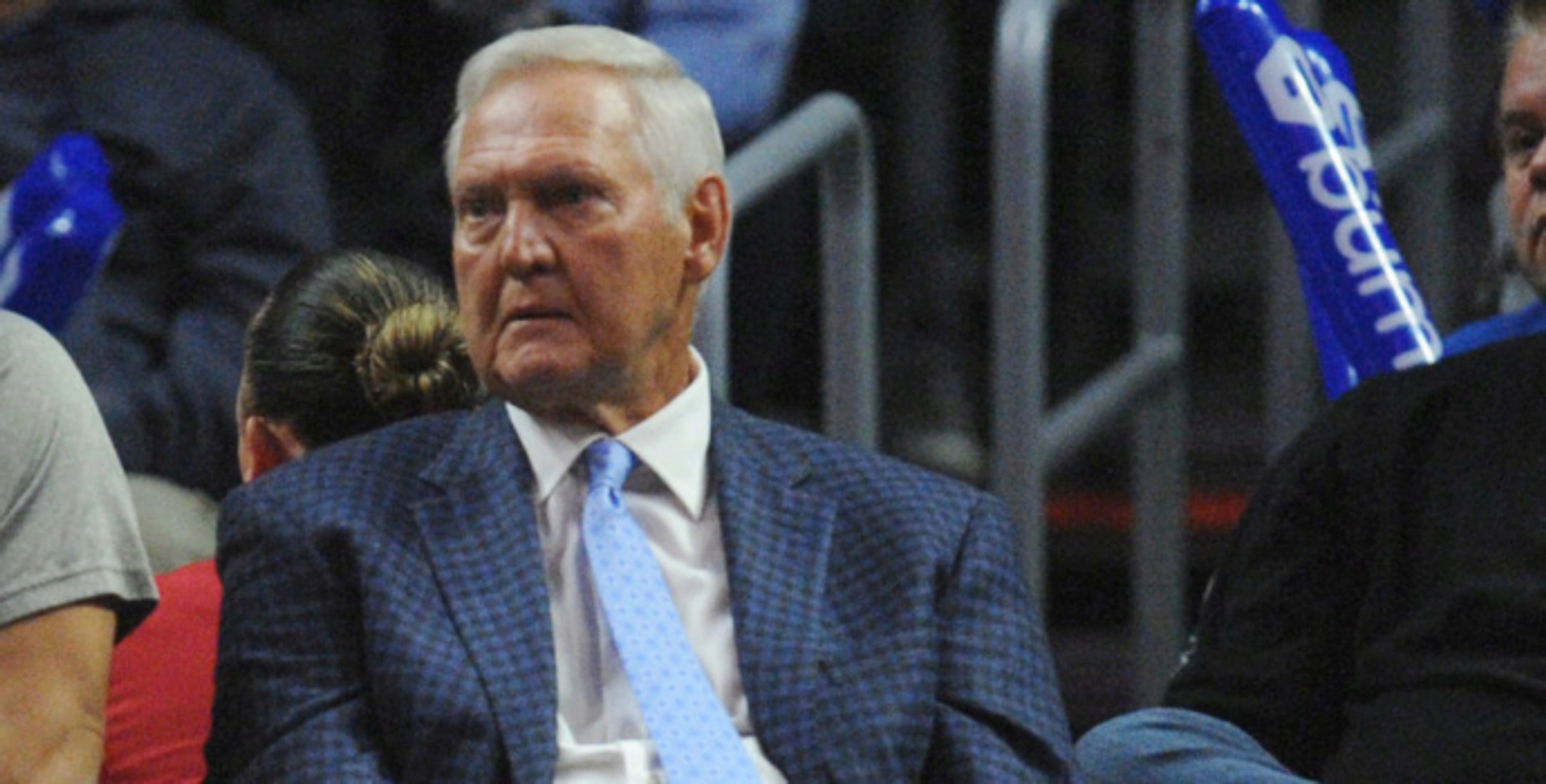 Jerry West on being NBA logo: 'I don’t think that’s right or fair'

In 1969, the NBA introduced its new logo that featured a silhouette of Los Angeles Lakers legend Jerry West. The 14-time All-Star and Hall-of-Famer will forever be remembered as "The Logo."

West didn’t know his silhouette would become the logo

West played for the Lakers for the entirety of his career, averaging 27.0 points, 5.8 rebounds and 6.7 assists over the course of 14 NBA seasons. Based on the numbers alone, he deserved to be “The Logo,” but unknown to many, he wished it never happened. West shared his thoughts on the “Getcha Popcorn Ready with T.O. & Hatch” podcast hosted by Terrell Owens & Matthew Hatchette.

“They wanted to start to market the league so they had to have a logo," West said. "There were five guys, okay, five guys that they had picked out. The faces were all blanked out and there were five black men and one white guy. No one knew that, and so it could have been somebody completely different. So anyway, they happened to pick me. I never knew it and David Stern used to say, 'Well that’s you now, that’s Jerry West.' I really didn’t want to know, to be honest with you, because I don’t think that’s right or fair. I really don’t. There were four other black men that were really great players.”

For his part, the ever-humble West claimed he would have rejected the idea because he did not think it was fair. There were other great players in the NBA at that time, but West wasn't just any great player either. The one-time NBA champion was named an All-Star in every year of his career, his 27.0 career points per game is fourth-best all-time (behind only Michael Jordan, Wilt Chamberlain and Elgin Baylor), and he was voted as one of the 50 Greatest Players in NBA history.

Since retiring, he's continued to have a ton of success as an executive, winning eight championships and two Executive of the Year awards.

Is it time for the NBA logo to be replaced?

The NBA logo has been used since 1969. Recently, there were discussions about replacing it, with fans pushing for Michael Jordan or Kobe Bryant to be featured. Kyrie Irving publicly urged the NBA to create a new logo using Bryant's silhouette. However, those talks never progressed, as NBA commissioner Adam Silver said that he "doesn’t feel like the right moment" to consider a logo change.

With that, Jerry West remains the logo.

If the league decides to change the logo someday, it would be historic, and it would spur debates about who deserves to replace West. MJ’s iconic dunk logo is already patented under his brand, so Kobe would likely be the most popular choice given his contributions to the game and how his untimely passing impacted the basketball world.

Knowing West’s humility and affection for Kobe, he certainly wouldn't mind being replaced by The Black Mamba.