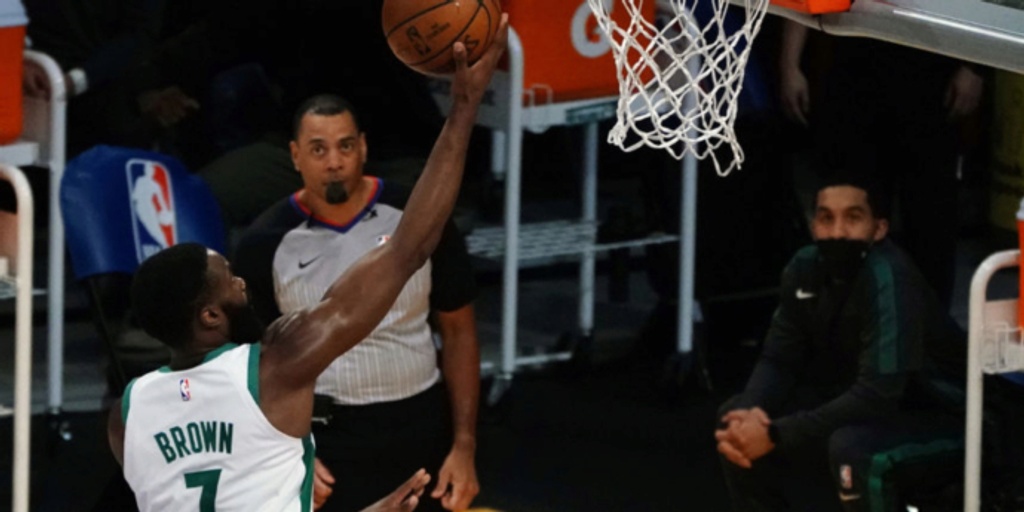 Don't look now, but the Boston Celtics have things clicking.

Jaylen Brown scored 40 points while shooting 17-of-20 from the floor on Thursday night as the Celtics notched a 121-113 win on the road against the Los Angeles Lakers. Brown became the first Celtic ever to reach 40 while shooting at least 85 percent from the field.

"I just wanted to come and be aggressive," he said after the game. "Celtics-Lakers matchup is a matchup that kids dream about.”

Brown also tallied nine rebounds and three assists in the Celtics' fifth straight win. They've won seven of their last eight contests and flown up to a tie fourth place in the Eastern Conference standings.

“He just stayed hot,” Brad Stevens said on Brown. “I think that he's done a good job. Tonight, he was really dialed in scoring the ball. You're not going to always shoot as well as he did tonight. Obviously, that's like once-a-season type numbers, usually. But he's had a great year and he continues to get better, and tonight was the night that he got going and we tried to ride that as much as possible.”

Five other Celtics reached double digit points in the victory. The Lakers, who were missing LeBron James, Anthony Davis and Andre Drummond, were led by 19 points off the bench from Talen Horton-Tucker.