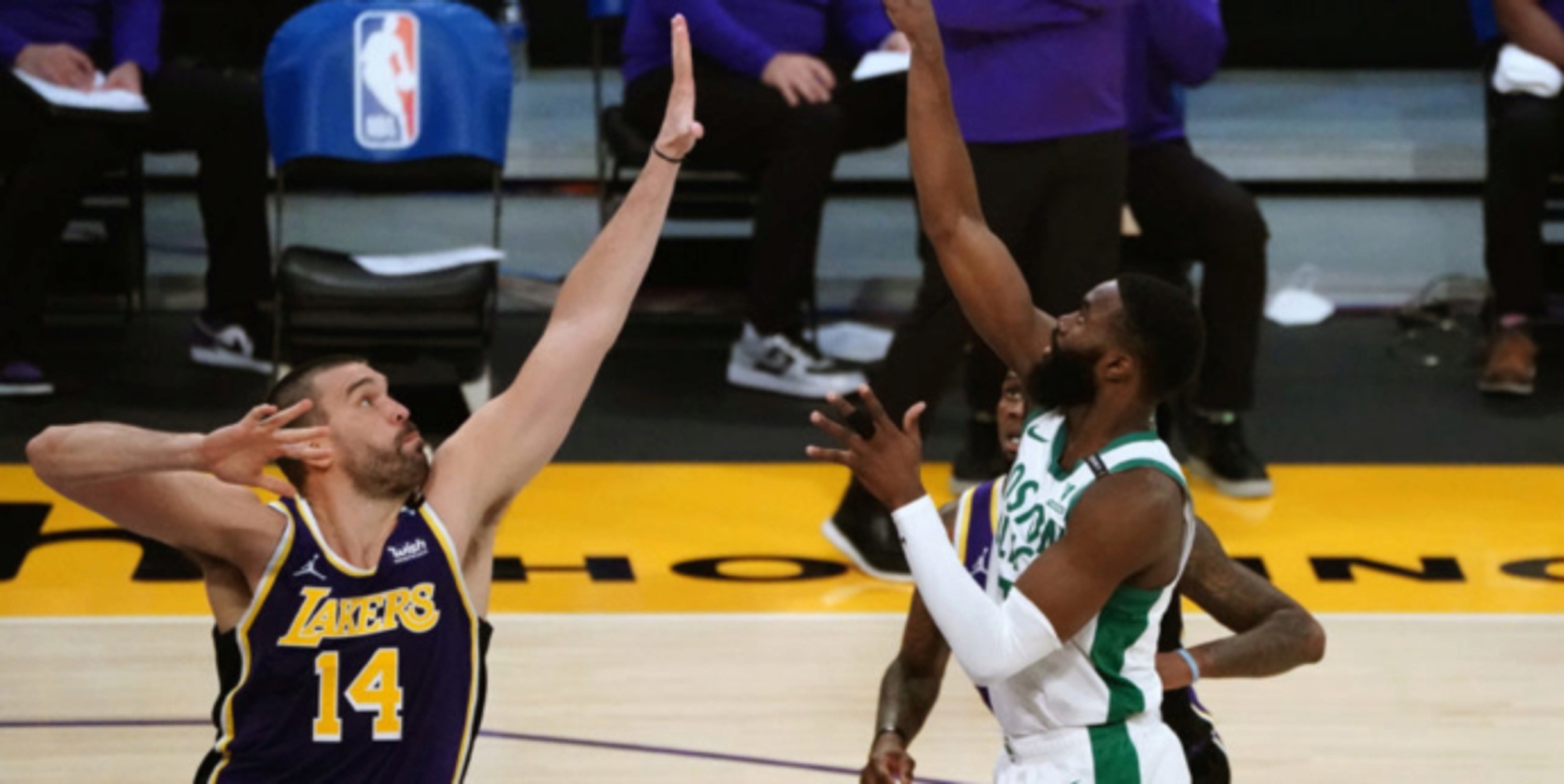 Marc Gasol popped out his pinky finger in the Lakers' Thursday night loss to the Boston Celtics. After undergoing an X-Ray, Gasol was revealed to have a volar fracture in the finger. He will be questionable for Los Angeles against the Jazz on Saturday.

ANALYSIS: This doesn't appear to be an extended absence for Gasol. Still, the injury is just another tally against the Lakers, who were missing LeBron James, Anthony Davis, Andre Drummond and Markieff Morris in last night's loss. The 36-year-old is averaging 5.4 points and 4.0 rebounds per game this season.