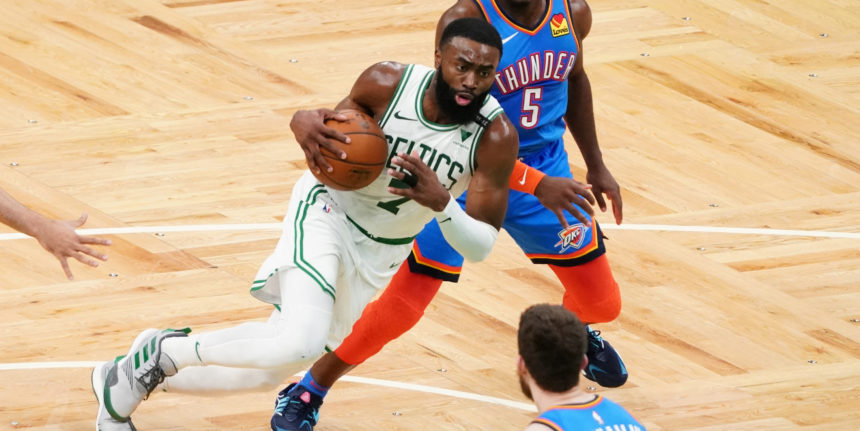 Jaylen Brown out for season with torn ligament in wrist

Celtics say All-Star Jaylen Brown has been diagnosed with a torn ligament in his left wrist and is out for the remainder of the season.

ANALYSIS: This is brutal news for the Celtics as any hopes they had of making a deep playoff run are likely gone now. Brown had missed the team's previous three games due to a sprained right ankle, so this injury news on his wrist is somewhat surprising considering there were no prior reports of a wrist injury leading up to the news today.

MORE:
NBA Rumors
NBA News

Russell Westbrook sets NBA record with 182nd career triple-double
A tough out: Nobody should want to battle the Knicks in the playoffs
