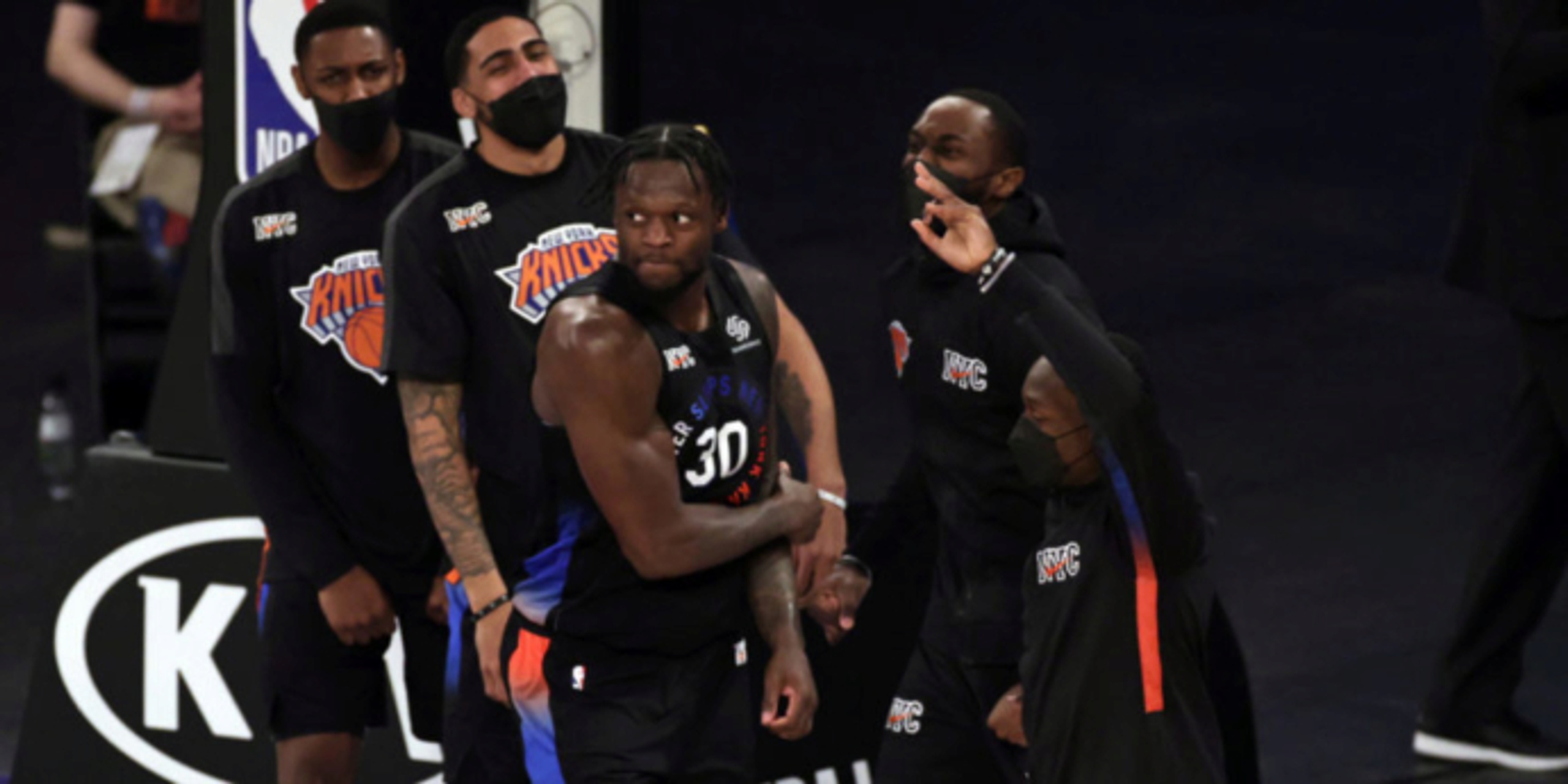 A tough out: Nobody should want to battle the Knicks in the playoffs

The New York Knicks were once considered a cute resurrection story. But one improbable victory at a time, they’ve become something much more — a team that nobody should want to see in the NBA’s Eastern Conference Playoffs.

A young squad that still has quite a bit of growing to do, over the course of the season, under Tom Thibodeau, New York has shown the hallmarks of a team that is built to find success in the playoffs. They are well-coached, get after you defensively and are quite effective playing halfcourt basketball.

All three of those facts were on display on Sunday when the team secured a 106-100 victory over the Los Angeles Clippers — arguably the Knicks' best win of the season.

Last offseason, anyone who merely suggested the Knicks would be a playoff team would have been ridiculed. And if that same person mentioned the team would have the opportunity to host a first-round playoff series? They would’ve been accused of sniffing glue.

Yet here the Knicks are. A team that has quickly come to embody its head coach’s personality — serious, determined and prepared.

“They’re the last team I’d want to play in a first-round playoff series,” one league scout told BasketballNews.com when discussing the Eastern Conference. “Even if you managed to beat them, they’d probably take a lot out of you. They would definitely soften you up and be doing your opponent in the next round a favor.”

Those comments were passed along to us shortly after Phoenix Suns guard Chris Paul remarked that the Knicks “make every game feel like a playoff game,” and that they “don’t take any possessions off.”

Compliments they may be, many of the league’s higher-seeded teams have long done their best to play themselves into favorable first-round playoff matchups.

The Knicks no longer qualify.

“Hell yeah it’s something we pay attention to,” one former NBA player said. “If winning is the number one priority, wouldn’t you want to give yourself the best possible matchup? Why would you want to make your road to the Finals or even the Conference Finals tougher than necessary?”

Every game counts in the postseason, especially since the league extended the first-round from a best-of-five to a best-of-seven back in 2003.

At that time, the change was met with opposition from a fair number of players and members of the players' union. Prior to this, if a team was forced to play the maximum-possible number of games to win the championship, they’d have to play 26 contests — roughly 32% of a regular-season schedule. The additional two games made the maximum 28 games and the corresponding percentage 35% of a regular-season schedule.

Two games may not seem like much, but with each contest comes risk, and as we’ve all seen many times over, one play can change history. So the league’s dirty little secret has long been that teams analyze their situations and try to find themselves in the scenario that will result in them advancing as far as they can while not necessarily having to endure a tough seven-game playoff series.

In fact, the very notion of “load management” and players being pitch-counted is all done with a long-eye toward bodily preservation. The postseason, it is believed, is a fight against attrition as much as it is a competition against other teams.

As we head into the final week of the 2020-21 regular season, teams are looking at the standings and trying to figure out who they’d match up best against.

For the first time in, say, 20 years, the Knicks aren’t at the top of anybody’s list.

Entering play on May 10, New York can lay claim to being the league’s fourth-best defensive team (allowing 106.1 points per 100 possessions). Julius Randle is the Eastern Conference’s reigning Player of the Month, while RJ Barrett has put together an incredible stretch.

Already a strong driver, Barrett has become quite a respectable threat from the outside, and that’s being modest. In post-All-Star play, he’s connected on 44.2% of his three-point looks but has not become overly reliant on jacking up threes; he’s merely used it as another weapon. The latest wrinkle that he’s effectively added to his game — and one that the coaches have been in his ears about — is mastering the art of the interior pass.

In Derrick Rose, the Knicks have an older point guard whose athleticism and attack ability haven’t completely left him. Out of necessity, Rose has had to learn to outsmart his opponents rather than rely on his blinding athleticism to get him (or his team) where he wants to go on the floor. For all his ups and downs, Rose never stopped believing in himself. Deep down inside, he still believed he could be a difference-maker for an NBA team, and in New York, he’s proving that to the world.

From Alec Burks to Reggie Bullock to Immanuel Quickley, Tom Thibodeau’s team has a fair number of players who have proven capable of having a big night and helping the team to victory in meaningful games.

Back in 2015, one of Thibodeau’s players in Chicago told me that the secret to the coach’s success — aside from his maniacal preparation — is that he treats every single player the same exact way. Thibodeau has never bent his standard. Players respect that, and when they respect you, they’ll believe in your message. When they believe in your message, they’ll buy into the team, and when they do that, the sky’s the limit. That’s exactly why — just like Luol Deng and Jimmy Butler — Thibodeau has been able to get the best out of Randle and Barrett.

In all likelihood, the best is yet to come for the Knicks. They’re ahead of the curve and have the future assets necessary to continue to build around the pieces they have.

Nonetheless, despite being far from a finished product, as the 2021 NBA Postseason is upon us, there are a few around the league who agree: Tom Thibodeau’s Knicks aren’t a team you want to see come playoff time.