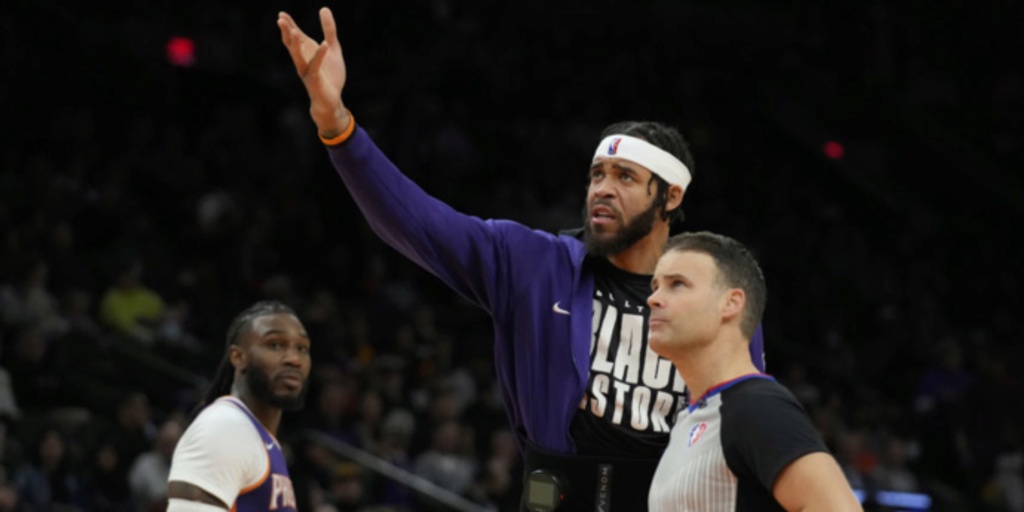 JaVale McGee explains confrontation with fan: 'He was talking crazy'

During the Phoenix Suns' 102-99 win over the Orlando Magic on Tuesday, a fan was ejected after exchanging words with JaVale McGee. Today, McGee explained what happened.

"He was talking crazy to one of my teammates, DA (Deandre Ayton), and I was just talking crazy [back] to him. You can't talk like that," McGee said. "You can tell a player to sit down or whatever, but you're not gonna call a player the b-word and try to take away his manhood... That's not right. I saw him say that and I just went at him, and he got kicked out, as he should.

"I think with the rise of social media, fans think they know you and that they can just talk crazy to you like we're one of their friends or something. And it's not like that. We're humans too. If we weren't famous and you saw us, you wouldn't talk to a regular person walking into Chipotle like that, you know what I'm saying? Just the fact that they feel like they can talk to us like that... We're not afraid to talk back and tell you what's right."

JaVale McGee gave his thoughts on what happened with the fan incident in Orlando, sticking up for DA and fans crossing the line with players. Also said he feels the NBA has done a good job holding those unruly fans accountable: pic.twitter.com/YIc7OKvQlQ

McGee said the NBA has done "a great job" of managing these fan incidents this season, and they've made it easy for the players to alert security when a fan is crossing the line.

"It's a game... For them to disrespect us, it's stupid on their part," McGee said. "They pay good money to come see us! If you want to waste your money [by] talking crazy, then you're gonna miss out."

Here is video of McGee and the fan exchanging words, plus the fan being ejected:

JaVale McGee and a fan got into it.