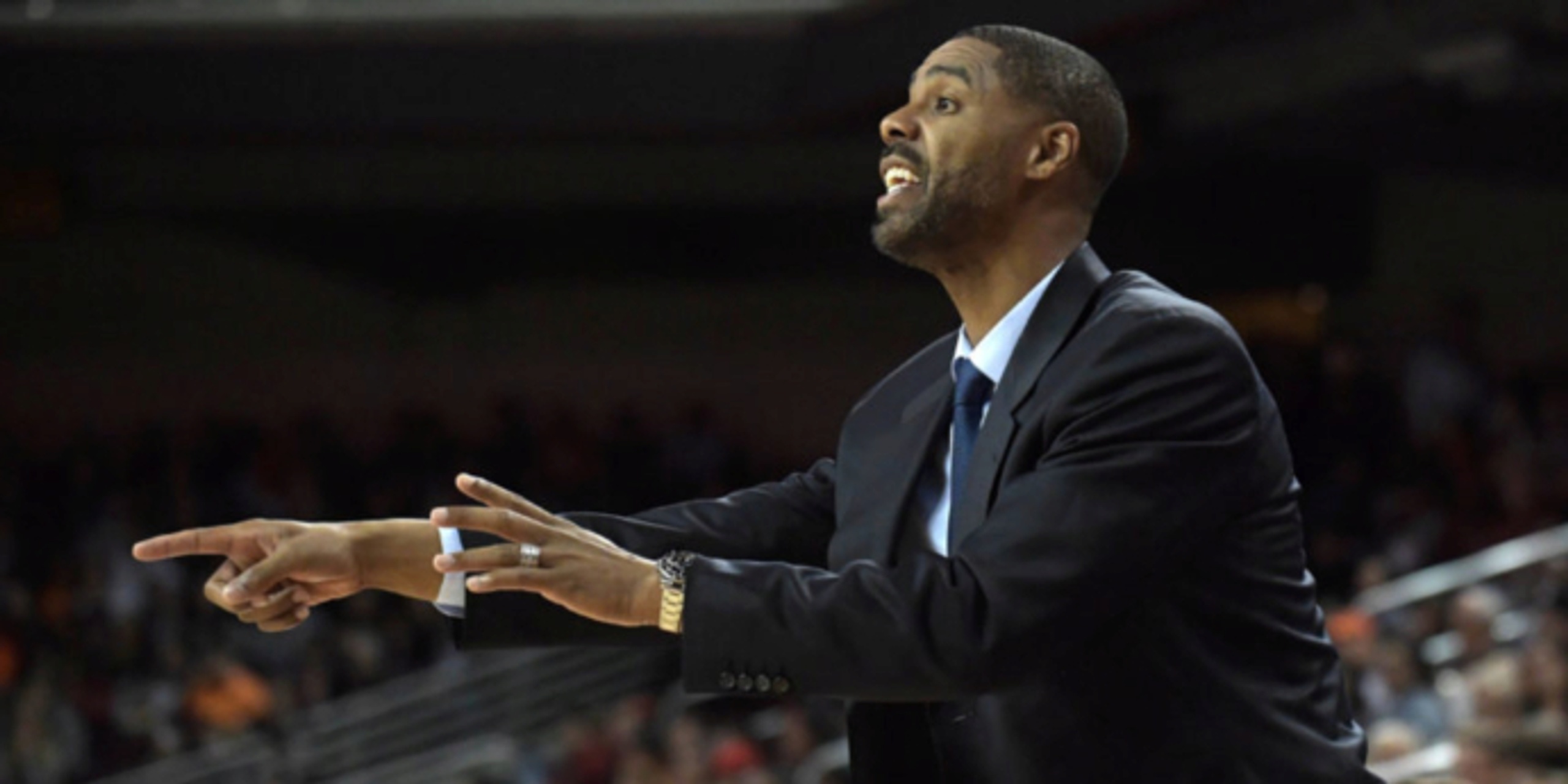 Walnut Creek, Calif. will be the home base, that much the G League Ignite knows. Whether they will travel to play other G League teams, whether they will be in a new bubble or what exactly the upcoming season will look like — those are all unknowns.

Jason Hart is taking over for Brian Shaw as head coach of the Ignite, a team that is a high-profile collection of players who will eventually be headed to the NBA. He has experience with players from this age group, having been an assistant coach at the University of Southern California.

(Editor's Note: Jason Hart recently guested on The Rematch with Etan Thomas to discuss the Ignite program's early success and becoming head coach of the group. Watch the full interview below or listen here.)

But the players he is about to start coaching and the players he has grown used to coaching are different. His old players were student-athletes, and his new players are young professionals, so the two groups are distinctly different.

Currently, only four players and signed and sealed for the upcoming season: Jaden Hardy, Scoota Henderson, Michael Foster Jr. and Dyson Daniels. Reports of Chinese teenager Fanbo Zeng joining the Ignite are premature, as he remains under contract to the Chinese Basketball Association.

Hardy, a 19-year-old native of Detroit who moved to Henderson, Nevada prior to high school, was the top-ranked guard recruit in the nation that averaged 30.4 points, 9.1 rebounds and 8.4 assists. He opted out from the remainder of his senior season in January and signed with the Ignite in June, turning down scholarship offers from Kentucky, UCLA and others. The 6-foot-4 guard was ESPN’s No. 2-ranked prep player.

“Jaden Hardy is a player we recruited at USC since he was a ninth grader. He’s a good shooter with good size, good feel for the game, and unafraid of big moments,” Hart said.

Henderson, who will not turn 18 until February, averaged 32 points, 7 rebounds and 6 assists as a junior in Marietta, Ga. He was a top 2022 draft prospect before reclassifying to 2021 on May 21 and announcing his intention to play for the Ignite. He could become the first player to spend two years with the Ignite if the NBA does not change its one-and-done rule prior to the 2022 draft.

“He’s the youngest of the bunch, an elite-level athlete with a grown man’s body already, somebody with a ton of knowledge for the game," Hart said. "He has a relentless motor, and his skill set will carry him through. He’s going to be a terrific player."

Foster, a 6-foot-9 power forward, played at Washington High School in Milwaukee for two years and Hillcrest Prep in Phoenix for his final two high school seasons. He averaged 32.2 points and 18.8 rebounds in his senior season, making the McDonald’s All-American team. Foster, who committed to Arizona State in 2017 but later withdrew that commitment, has said he aspires to be better than Deandre Ayton of the Phoenix Suns.

“He’s a multi-talented big forward who can pass, dribble and shoot. He’s explosive off the dribble and catch, and someone who’s just recognizing his talent,” Hart said. “Now we have to put him in a position where he can succeed, and hopefully he’ll be ready for the challenge.”

Daniels, from Australia, played professionally for the Bendigo Braves of the NBL in Australian League before spending time at the NBA Global Academy in Canberra, Australia. A 6-foot-6 shooting guard, he played with Australia’s senior national team last February at the FIBA Asia Cup tournament.

“He‘s a super talented young individual, good-sized guard who knows how to play. He’s been playing in the professional ranks, athletic, good vision, good feel, has a chance to be a terrific dynamic player," Hart said. "[We] can’t wait to get him in our program and guide him. He needs experience. This game of basketball is about experience, and the more you put him in pressure situations, seeing different coverages and defenses, his game will grow even more.”

Zeng, who grew up in Harbin, China and attended Windermere Prep in Florida for two seasons before COVID restrictions kept him from returning to the United States, was considered the top young Chinese prospect and had planned to attend Gonzaga before assistant coach Tommy Lloyd, who had recruited him, left the program. Despite reports that he has already signed with the Ignite, his status for the upcoming season is an uncertainty as of mid-August, in large part because of travel restrictions related to the coronavirus pandemic.

“He’s highly-skilled, can stretch the game out, now it’s time to acclimate him to the physicality of the game and the speed. As his strength grows, his talent will take off as well,” Hart said.

One of the things to watch over the next couple of years (Hart signed a two-year contract) is whether the Ignite and the Overtime Elite program will eventually play each other. Currently, discussions along those lines are not known to have taken place, but if the NBA's one-and-done rule remains (despite the Rice Commission’s suggestion to get rid of it), there will be two leagues comprised of draft-ineligible young players.

One will be under the auspices of the NBA; the other is independent. They will come to do things differently, but there is a chance they can learn from each other. The only way for that to happen is by playing together and spending time together.

They’ll all see each other as adults soon enough; many of them anyway, in the NBA.