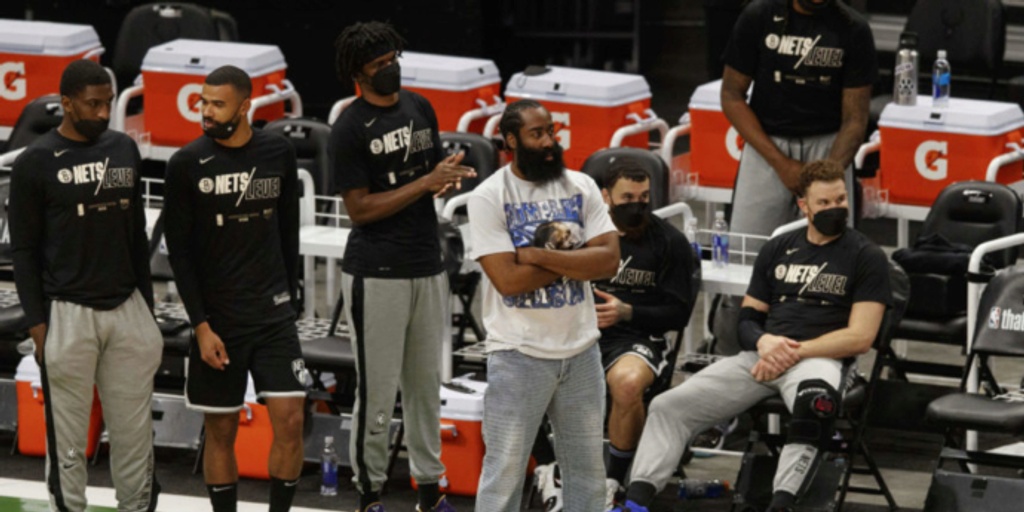 James Harden (hamstring) will play in Game 5 vs. Bucks

The Brooklyn Nets are going to have James Harden back for Game 5 vs. the Milwaukee Bucks, the team says.

In his pre-game press conference, Nets head coach Steve Nash said that Harden would be a game-time decision for Tuesday's matchup vs. the Bucks. It appears that shootaround before the contest went as planned.

After missing most of the first four games in the series due to lingering hamstring tightness, Harden will try to provide Kevin Durant with some help to push Brooklyn to a 3-2 edge in the series. Since Kyrie Irving is already out following the ankle sprain he suffered in Game 4, this is welcome news for the Nets.