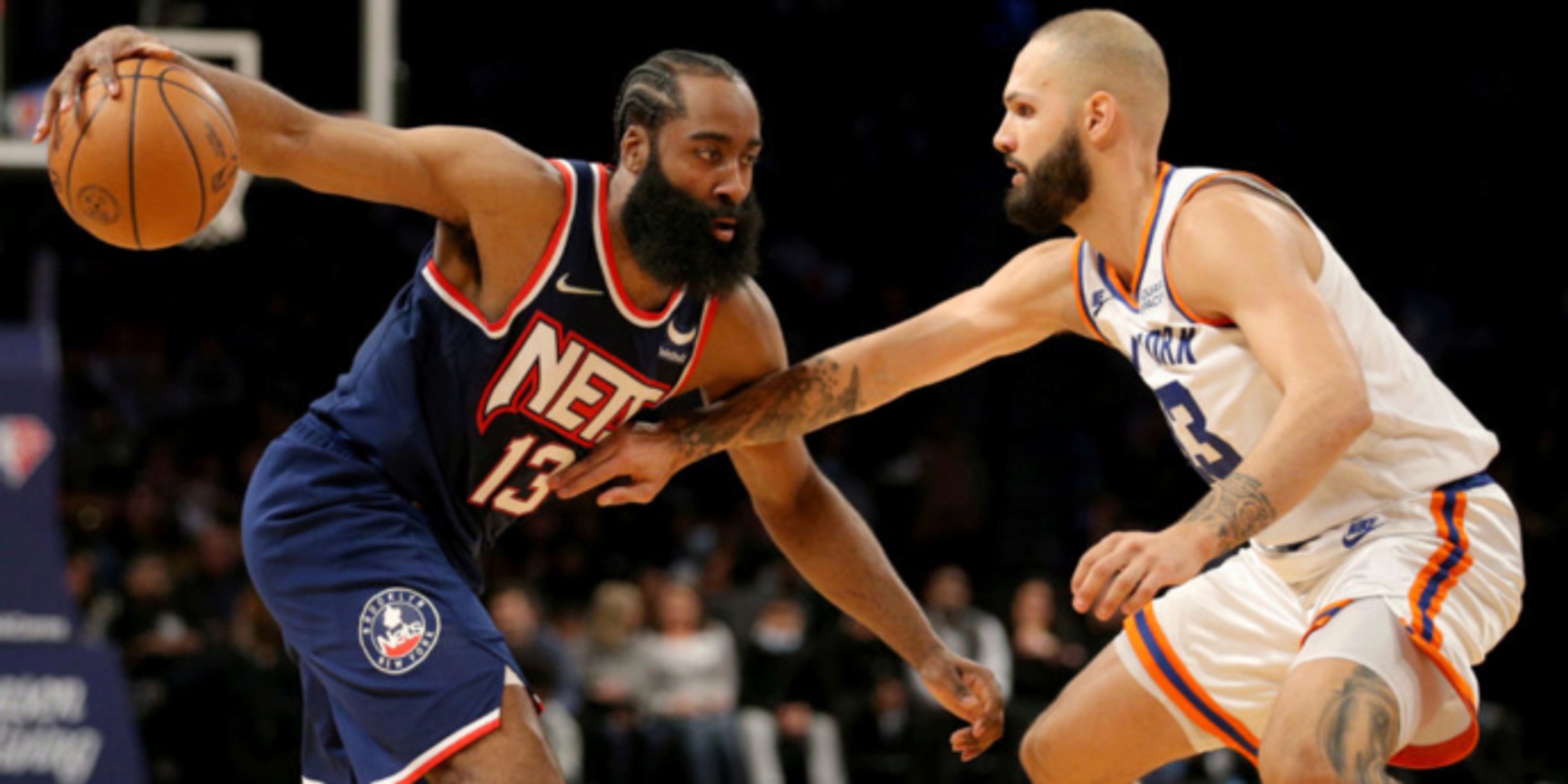 Superstar scorers know what it takes for fellow superstars to get out of a slump. After his breakout performance, James Harden credited a former All-Star and elite scorer for lighting a fire under him.

Harden chose an excellent time to have a breakout game, delivering a near triple-double performance against the rival New York Knicks. He had 34 points, 10 rebounds and 8 assists in the Brooklyn Nets' 112-110 victory at Barclays Center. The Beard has struggled and faced scrutiny over the past four games, especially following his performance against the Phoenix Suns when he only made 4-of-15 shots from the field and had seven turnovers.

In the postgame interview, Harden was asked if his talk with Reggie Miller before the game had anything to do with his performance.

“Yeah, it was definitely that," Harden said. "Reggie is the one that got me going. He’s got me going for sure. But yeah, it was just ultimate confidence, the best-player-in-the-league type of mindset. That was motivation before the game, something I needed.”

James Harden says Reggie Miller motivated him before tonight's game vs. the Knicks:

"Reggie's the one that got me going. Ultimate confidence, ultimate 'best player in the league'-type vibe. That mindset. Just hit me with some good motivation before the game - something I needed" pic.twitter.com/FmaqqalEUC

Apparently, Miller talked to Harden and reminded him that he’s a former MVP of the league. Harden's score-first mentality hasn't been on display in Brooklyn this season. With Kyrie Irving out, Harden has had to wear his point-guard hat most of the time, which has affected his scoring. Whatever Reggie told Harden, it definitely worked.

12-0 @BrooklynNets run to open the 3Q on TNT pic.twitter.com/rS0fhGAJ4d

Nets need Harden to score to become a great team

Steve Nash’s comments that the Nets need Kevin Durant to play big minutes or else they risk losing is slightly alarming. Stretching KD to the limits also means risking him getting injured.

The roster was built so that Brooklyn would have a number of contributors who could impact the game any given night. Aside from Harden, there’s Patty Mills, LaMarcus Aldridge, Paul Millsap and Blake Griffin among others. (Although Griffin was recently removed from the rotation).

However, aside from Durant, only Harden has won an MVP award. In order for this team to reach their full potential and win a championship, KD and Harden need to lead the way as the team’s superstars. Harden needs to step up so that Brooklyn doesn't need to rely too much on Durant.