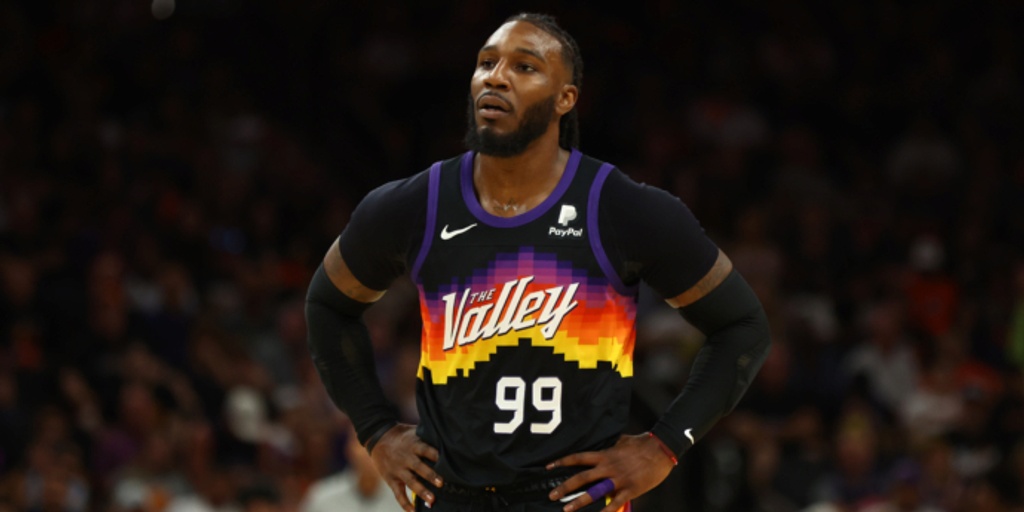 Jae Crowder says he 'won't be there' for Suns' training camp

Last week, ESPN's Brian Windhorst mentioned that the Phoenix Suns have been "very active" in trade talks and "a lot of them are centered around Jae Crowder."

One of the Suns' trade targets was Bojan Bogdanovic, but the Utah Jazz ultimately traded him to the Detroit Pistons for Kelly Olynyk and Saben Lee. (Talks between Phoenix and Utah broke down because the Suns insisted on Jarred Vanderbilt being part of the deal, per Arizona Sports 98.7's John Gambadoro).

While the Utah deal didn't happen, Crowder still seems to think that his days in Phoenix are numbered.

Last night, Duane Rankin of the Arizona Republic tweeted a list of things to watch throughout the Suns' training camp including, "Will Jae Crowder or Cam Johnson start?" Crowder responded with a quote-tweet that said, "99 WONT BE THERE.!" (He deleted the tweet shortly after).

Jae Crowder tweeted and deleted this. Doesn’t sound like he’s going to be at training camp pic.twitter.com/ztTAeh6qTo

Does Crowder know that a trade is right around the corner? Is he hinting that he'll skip training camp while Phoenix tries to finalize a deal? The Suns have Media Day on Monday and then training camp begins on Tuesday.

There have been rumblings that Crowder wants a change of scenery ever since he sent out the following tweet on Aug. 1: "CHANGE IS INEVITABLE.. GROWTH IS OPTIONAL.!! I BELIEVE ITS TIME FOR A CHANGE… I WANNA CONTINUE GROWING.!"

CHANGE IS INEVITABLE.. GROWTH IS OPTIONAL.!! I BELIEVE ITS TIME FOR A CHANGE… I WANNA CONTINUE GROWING.!

The 32-year-old has suited up for seven teams throughout the course of his 10-year NBA career — the Dallas Mavericks, Boston Celtics, Cleveland Cavaliers, Utah Jazz, Memphis Grizzlies, Miami Heat and Suns. Crowder has career averages of 9.6 points, 4.3 rebounds, 1.6 assists, 1.6 threes and 1.0 steal in 25.3 minutes per game.

Crowder has proven that he can be an impactful player on a winning team, so expect a number of contenders to pursue him.