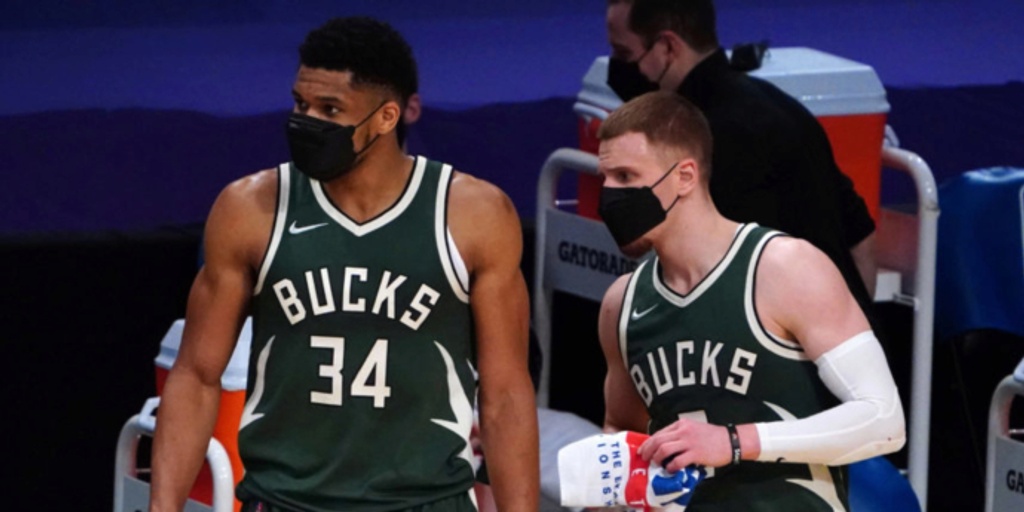 With COVID-19 ravaging rosters, is it time for the NBA to step in?

The NBA has already experienced the serious impacts of COVID-19. After a three-month stoppage during the 2019-20 season, the NBA had to finish the playoffs in a bubble environment in Orlando. Throughout the 2020-21 regular season, games were held with limited or no fans in attendance. Now, it seems that the NBA has run into a COVID-related obstacle once again.

A new variant of COVID-19, Omicron, is beginning to spread just in time for the holidays. With daily testing in the sports world, most notably the NFL and NBA, we are seeing the number of cases rise and it feels like a new player is ruled out every hour. Some teams (such as the Chicago Bulls and Los Angeles Lakers) have had their roster decimated recently. More than 95% of NBA players are reportedly fully vaccinated and some have also received the booster shot, but the breakthrough cases are adding up.

Around the NBA, rotations have been ravaged. Stars are on the sidelines. In some cases, coaches are unable to lead their team. And this is only the tip of the iceberg. The number of cases is rising daily — in the NBA and NFL — and now there is a serious discussion to be had on what to do next.

Will games continue to go on as usual or is it time to temporarily pull the plug on the regular-season schedule? With Christmas next week and players about to be around their families, breakthrough cases will likely spike to even higher levels than what we’re seeing now.

It’s entirely possible NBA commissioner Adam Silver will decide to let teams fight through the next week-plus, allowing big-rating games on Christmas Day and New Year's Day to go on as scheduled. However, at that point, it could be time to take a mini break and reset the schedule to prevent any further on-court damage. Many recognizable players are on the sidelines, which hurts the product anyway. This week alone, the following stars are unable to play basketball because they entered the health-and-safety protocols: Giannis Antetokounmpo, James Harden, LaMelo Ball, Zach LaVine, DeMar DeRozan and Russell Westbrook.

The Sacramento Kings are worried about a roster-wide outbreak and they're fearing that their upcoming games will have to be postponed. Multiple players on the Los Angeles Lakers, New York Knicks, Brooklyn Nets, Charlotte Hornets, Milwaukee Bucks and Chicago Bulls are sidelined as well.

Teams are being forced to play with only eight available players, which is the minimum allowed in the Collective Bargaining Agreement. We just saw Kevin Durant have to play almost the entire game (including overtime) in a win against the Toronto Raptors because much of their team was sidelined due to the health-and-safety protocols. Charlotte has continued to play on despite missing many of their notable pieces due to COVID-19 as well.

Now, the Lakers are trying to rebound from a slow start to the season, but they are without Westbrook, Talen Horton-Tucker, Dwight Howard, Malik Monk and Avery Bradley. Los Angeles just signed Isaiah Thomas, who went off in his G League debut on Wednesday, since their backcourt depth has been ravaged by the coronavirus.

During the peak of the pandemic, we saw the NBA continue to push through even when many teams suffered from COVID-related issues. While all of the recent cases may be shocking to fans, the league has acknowledged that a COVID spike was to be expected from Thanksgiving through New Year's Day.

Welcome to the new normal for the NBA — and the entire sports world — during a worldwide pandemic. With new variants continuing to pop up, this will continue to be a situation to monitor within the NBA, let alone society as a whole.

On Wednesday, The Athletic’s Shams Charania and ESPN’s Adrian Wojnarowski reported that the NBA and NBPA have discussed modified protocols to combat the spread of COVID-19. The two sides have already agreed to start testing vaccinated players without booster shots, but they are still negotiating whether there will be further testing and more restrictive protocols with cases now rising league-wide.

The holiday season is a peak time of interest for the Association, but it’s fair to wonder if now is the time for the league office to pause the season in order to prevent more players and teams from being impacted by COVID-19.