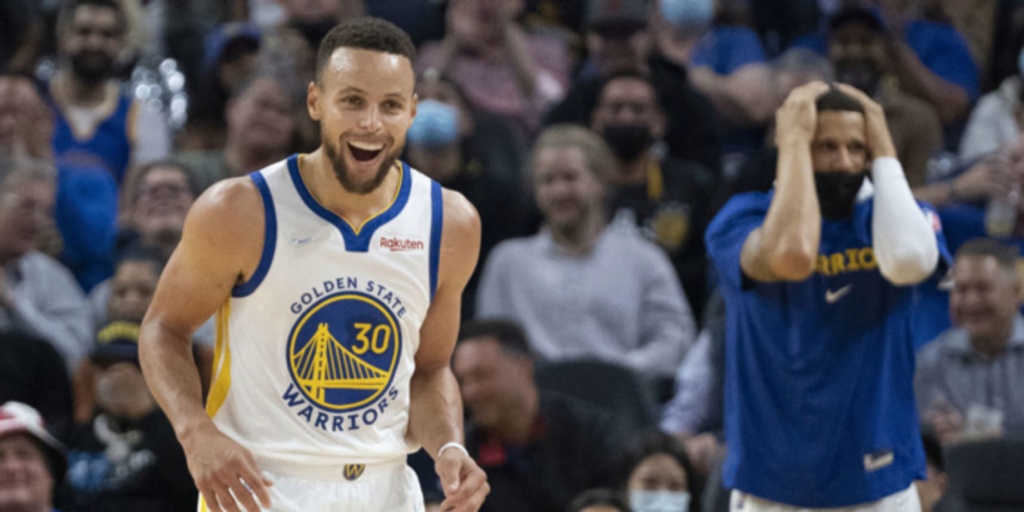 A few days ago, Brandon Payne blew our minds when he said Stephen Curry only counted swishes as made shots this offseason. He's such a great shooter that just making a shot isn’t enough for him. Payne, founder and CEO of Accelerate Basketball, revealed what Curry's standards are in the gym.

Payne has been working with Steph since 2011. He’s been with Curry through thick and thin, and is responsible for creating the offseason routines that helped Steph turn from an exciting shooter with bad ankles to a unanimous MVP to arguably the greatest shooter of all time.

It’s a good problem to have – coming up with new ways to challenge Steph Curry in practice. Payne has tested and applied a lot of technology to help Steph evolve; we’re talking about neuroscience here. One of the ways they used technology to raise the stakes was by monitoring the ball’s movement, the ball’s arc and how deep the ball went into the rim. If it wasn’t a swish, the shot wouldn’t count.

“Making shots in workouts is no longer good enough," Payne said via Mark Medina of NBA.com. "We’ve established he’s going to make a lot of shots in workouts. He consistently does that. So for us, we’ve utilized technology to be even more precise.”

This was applied to both catch-and-shoot and movement shots. The idea is simple – raise the stakes as much as possible to create game-like pressure. As Steph explained it: “You don’t want to be out there all day feeling dog tired because you can’t beat the drill.“

So what happens when Steph swishes 10 shots in a row? Payne makes him change range and position on every shot, so Steph’s brain constantly has to calculate the distance and angle – no muscle memory during workouts is tolerated. For a player at his level, this is all about creating mental strength and endurance.

But what about when even that isn’t enough? Well, make the standards even higher. With technology, Payne can measure Steph’s shots to such an extent he introduced a new insane level of excellence – not all swishes are created equal.

"Some people got a bit confused with ‘Oh we’ve been doing swishes.‘ No, no, no. You can still swish and be four inches of center. We don’t count that. You gotta be within three inches of center on either side," Payne recently said on The Habershow.

That’s how you get to a point where you launch a shot from the logo and everyone expects you to make it. The best part is: Steph is still improving.

While the unanimous MVP season was obviously insane, Payne said Curry has never been a more complete player. His body type and style of play will ensure Curry ages like fine wine, and we’re lucky to watch it live.