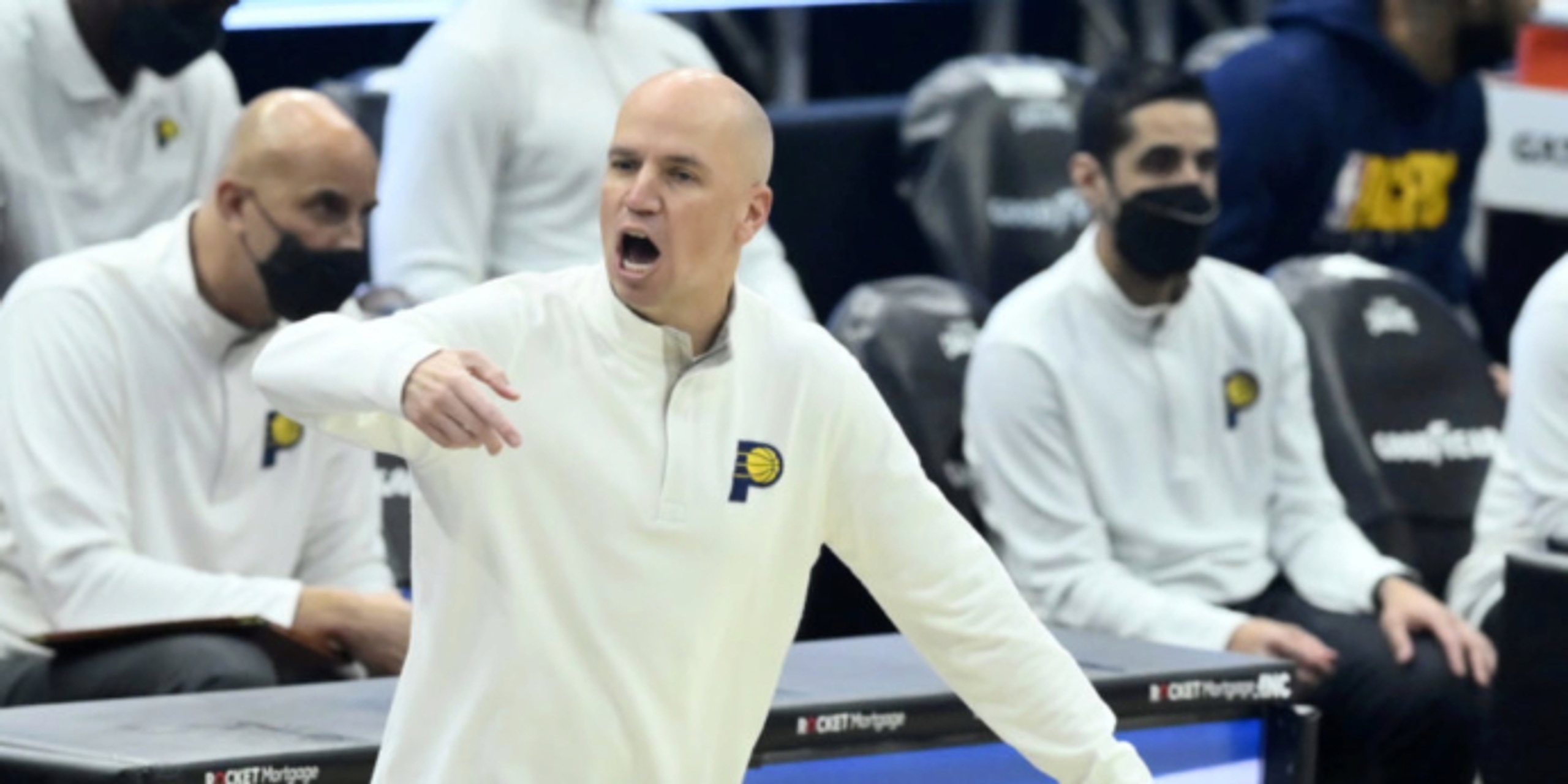 The Indiana Pacers and head coach Nate Bjorkgren have parted ways, according to ESPN's Adrian Wojnarowski.

Bjorkgren was informed of the decision earlier today, following a meeting with management on Tuesday. During his first season at the helm, Indiana finished 34-38 and were eliminated after losing in the Eastern Conference play-in tournament in late May.

After some publicly-noted on- and off-court strife, the Pacers felt they needed a reset. Pacers president of basketball operations Kevin Pritchard noted during his end-of-season press conference that Bjorkgren is "really talented in X’s and O’s" but that "he has to get better at human management."

The Pacers are expected to hire a "more experienced, established" coach next, added Wojnarowski. Earlier this week, it was reported that the Pacers would have interest in Terry Stotts, the Portland Trail Blazers' former head coach. Shortly after news of the dismissal broke, Bleacher Report's Jake Fischer tweeted that league sources have identified Stotts as "a leading candidate to be Indiana’s next head coach."

Brooklyn Nets assistant coach Mike D'Antoni has also been mentioned as a possible candidate, especially since he was in the running for the job last offseason before the team hired Bjorkgren.

Given the talent on the roster (including All-Star Domantas Sabonis, Malcolm Brogdon, Caris LeVert and Myles Turner), it should be an attractive opening.

They wound up going the wrong way.

After struggling defensively, missing the playoffs for the first time in six seasons and amid reports of locker room drama, the Pacers pulled the plug Wednesday when Pritchard, their president of basketball operations, fired Bjorkgren as coach after just one season.

“The 2020-21 season was not what any of us hoped or anticipated it would be, and our results on the court certainly did not meet the standards for what our organization and our fans have come to expect,” Pritchard said in a statement.

Indiana went 34-38, finishing the season with an embarrassing 142-115 loss to Washington in the play-in tournament. The Pacers also produced their first losing season at home in 32 years, and at times the effort didn't appear to be there, either.

A rash of injuries was part of the problem. Indiana's top scorer in 2019-20, T.J. Warren, suffered a season-ending foot injury after just four games. NBA blocks champion Myles Turner went down with a season-ending foot injury on April 18. And after trading two-time All-Star Victor Oladipo for swingman Caris LeVert in January, LeVert missed the next 24 games after team doctors found a cancerous growth on his left kidney.

“I’ve never really seen anything like it," potential free agent Doug McDermott said. “I think part of it had to do with the schedule. A lot of games, not a lot of days off. I think we had eight games in 12 days to finish the season."

But the more tumultuous part of Bjorkgren's brief tenure came outside the lines.

While Warren publicly disputed a report that he didn't want to play for the coach following the season finale, other concerns spilled into the open. Warren also played for Bjorkgren when he was an assistant in Phoenix.

The injured Turner helped break up a spat between his replacement, Goga Bitadze, and assistant coach Greg Foster during a game in early May. Bitadze was fined and Foster was suspended for one game.

And Pritchard said players used the word “micromanaged” during interviews after their season ended.

Amid all of it, Pritchard declined to make an immediate decision after the loss to Washington and instead opted for more meetings with the former top assistant coach to Toronto coach Nick Nurse.

“Nate and I will have a long conversation over many days about what he needs to improve on," Pritchard said on May 24. “But to make a decision on a coach this quick with this information, I’m not prepared to do that right now.”

The Pacers haven't said what changed, but Pritchard also faced criticism during and after the underwhelming season.

Indiana has now fired two coaches in less than 12 months. Pritchard fired Nate McMillan in August after a third consecutive first-round playoff exit, just weeks after giving him a contract extension. McMillan helped take the Atlanta Hawks into the second round this season after losing his final nine playoff games with the Pacers.

Pritchard said the Pacers would move quickly to identify candidates to replace Bjorkgren but had no timetable for a hire. After conducting a search last fall that included nearly two dozen candidates, it's likely Pritchard already has some ideas about which direction he wants to go next.

“We have a lot of firepower, a lot of guys who can score,” two-time All-Star Domantas Sabonis said. “But we’re definitely going to have to sacrifice to get as far as we can in the playoffs. We have to come in with a different mindset next season.”