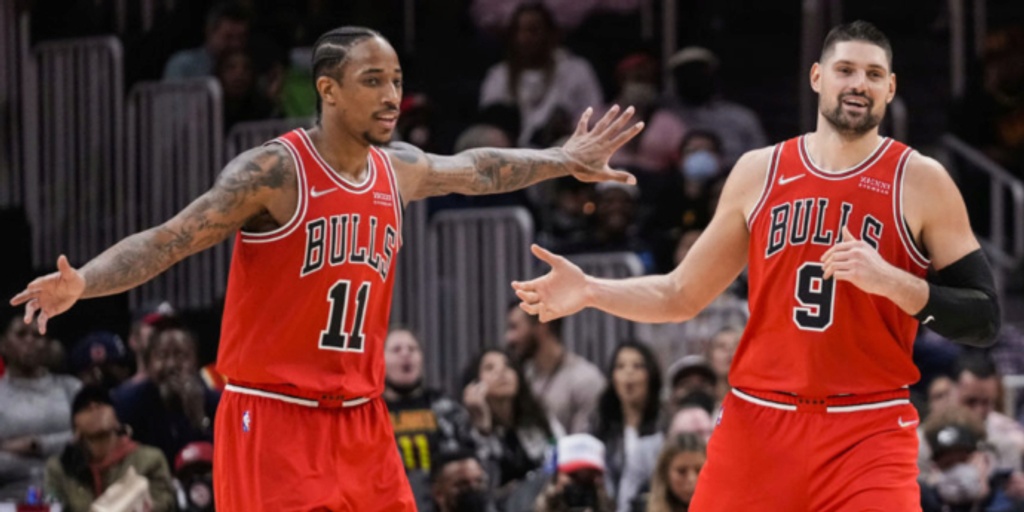 On March 27, 2021, the Chicago Bulls faced off against the San Antonio Spurs at AT&T Center. The most important sequence of the game had zero impact on the contest's outcome, and it only lasted a few seconds. It actually happened during a stoppage in play.

DeMar DeRozan shot four free throws that evening and prior to one of his attempts at the charity stripe, Bulls center Nikola Vucevic approached him. DeRozan and Vucevic had a relationship dating back to college, as they were teammates at USC during the 2008-09 season.

“You’re a free agent,” DeMar recalls Vucevic telling him, via GQ. “Let’s figure this thing out.”

(This may seem like tampering, but the NBA decided a while back that there's no way to stop players from recruiting one another; basically, the league's tampering rules only apply to executives, owners and coaches.)

When Vucevic was traded to the Bulls prior to last year’s trade deadline, he hoped that other stars would want to come play with him and Zach LaVine. He told me as much in his first interview after the trade.

“I think by making these moves, the Bulls already sent a strong message to the rest of the league that they really want to win now,” Vucevic told BasketballNews.com. “And when you make that step and have some success, it also attracts other people to want to play for a team like that.”

When I agreed that having two All-Stars in a large market like Chicago would certainly attract fellow stars, Vucevic replied, “Hopefully!”

Several months later, another person from DeRozan's past also started recruiting him to sign with Chicago: Bulls general manager Marc Eversley. Back in 2009, Eversley was the Toronto Raptors assistant GM, and he played a lead role in drafting DeRozan with the No. 9 overall pick in the 2009 NBA Draft. The two spent four seasons together in Toronto.

When DeRozan met with Eversley last summer, the Bulls' GM had a simple pitch: “Come be yourself, let’s go out there and win.”

“He knew everything about me basketball-wise,” DeRozan told GQ’s Tyler R. Tynes. “He understood how I could fit in and they wanted to allow me to be myself.”

Shortly after, Chicago acquired DeRozan in a sign-and-trade with San Antonio, giving up Thaddeus Young, Al-Farouq Aminu, a future first-round pick and two second-round picks for the four-time All-Star. (A move that blindsided Young).

It turns out Eversley’s pitch lined up perfectly with DeRozan’s thinking at this stage of his career.

In that case, DeRozan has to feel awfully satisfied this season, as the Bulls are currently 38-21, which is the best record in the Eastern Conference. They have the fourth-best offense in the NBA, and DeRozan is a major reason for that.

In fact, DeRozan just became the first player in NBA history to score 35+ points while shooting at least 50% from the field for seven consecutive games, breaking Wilt Chamberlain's previous NBA record. In February, he's averaging 35.8 points, 6.1 rebounds, 5.8 assists and 1.1 steals while shooting 57.2% from the field, 33.3% from three and 89.1% from the free-throw line.

DeRozan has been one of this season’s pleasant surprises, and he has emerged as a legitimate Most Valuable Player candidate. Who knows if this incredible chapter of his career would’ve happened if two people from his past hadn’t recruited him to join the Bulls?