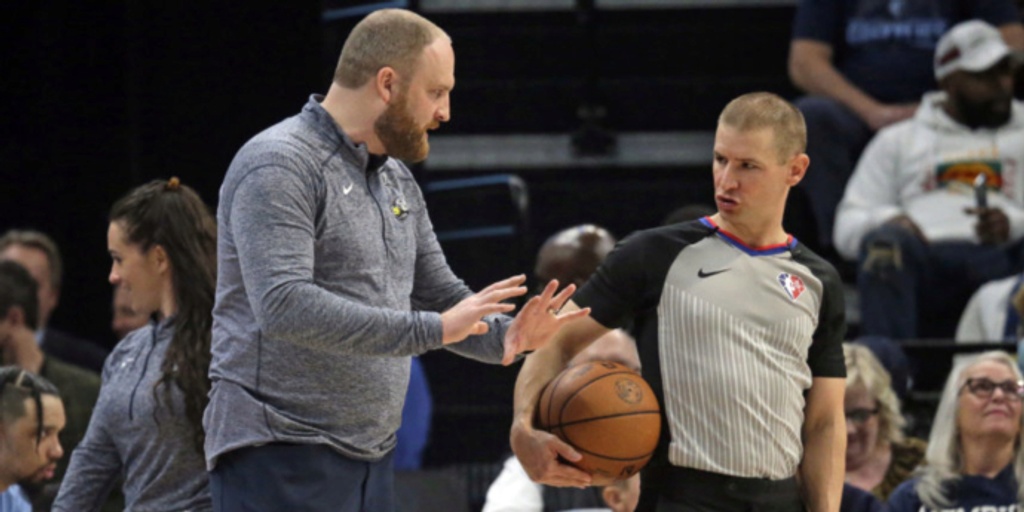 "We've got to play better, but in my opinion, [that was] one of the most poorly officiated games I've ever seen in my NBA career," Jenkins said. "All five of our starters borderline fouled out in the first quarter. Ten-plus foul difference, 40 free throws. Yeah, some things we've got to clean and get better at, but I've never seen a more inconsistent and arrogant officiated game.

"I'll take whatever hits are coming my way. I gotta protect our guys. We know we've gotta get better, but from the get-go, it was foul, foul, foul, foul, foul, inconsistency. There was actually one play where a foul whistle was blown before contact was even made. It's embarrassing... I'm at a loss for words. I'm not going to go as far as to say that's the reason we lost, but I'm going to let it be known that it's messed up. Arrogance. Inconsistency... Whatever."

"In my opinion one of the most poorly officiated games I've ever seen in my NBA career."

Jenkins' rant will certainly lead to a fine from the league office, likely in the range of $15,000 to $25,000. However, Jenkins knew exactly what he was doing, and if it changes the officiating in the series, that's money well spent.

Grizzlies forward Dillon Brooks said that he'd cover the fine for his coach: “I’ve got his check for him." However, Brooks is likely going to get fined too, as he also bashed the refs.

"I don't even wanna talk about the officiating," Brooks told reporters. "When I was growing up, when I was in the league the first three years and I watched playoff basketball, there were barely any calls called. They let the players play and figure it out. I felt like they just wanna run the show. They want their name on TV, and their names are all over that TV, all three of them. It should be called out."