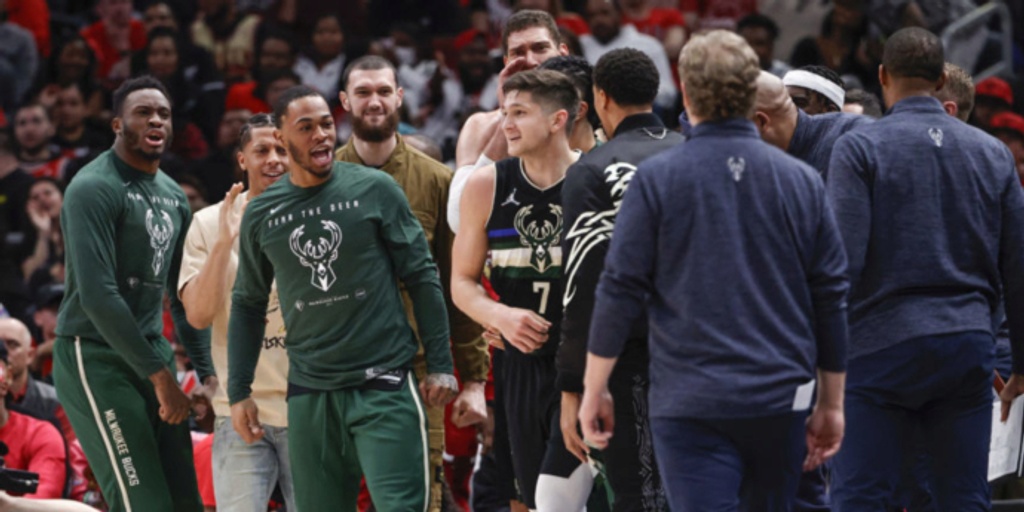 Even before the Khris Middleton injury, the first-round matchup between the Chicago Bulls and Milwaukee Bucks was hindered by an injury. The defending champion Bucks were favored against the Bulls at least partially due to an injury to Chicago's starting point guard, Lonzo Ball.

The Bulls are fairly reliant on Ball. They started the season 27-13 but won only 19 of their final 42 games after losing Ball to a knee injury. Knowing this, it was suprise that things looked relatively bleak for the Bulls in this first-round matchup.

But an injury to Middleton seemed to level the playing field. MCL injuries typically results in players missing between a few days and eight weeks, meaning that Middleton is out for the at least the remainder of the series against Chicago.

Milwaukee Bucks All-Star Khris Middleton has an MCL sprain in his left knee and will be re-evaluated in two weeks, sources tell ESPN. Bucks will have to play without Middleton for the rest of this first-round series against Chicago.

With Middleton out for the immediate future, Milwaukee must secure at least two wins in their next four games against Chicago. After a 30-point victory in game three, doing so no longer seems like too tall a task.

Still, winning games without one of your best players is never easy, and the Bucks clearly have greater aspirations than simply advancing to the Eastern Conference Semifinals. A second-round matchup against (presumably) the Boston Celtics and their stifling defense would be a real test, with or without Middelton.

But before we look ahead to future matchups, Milwaukee must figure out how to get past Chicago. How can the Bucks make up for Middleton's absense? It begins with their MVP.

Of course, the pressure on Antetokounmpo will be greater. Antetokounmpo is an MVP-caliber player in the prime of his career. The 27-year-old was great in the Bucks’ game three win, posting a plus-36 while scoring 18 points on 7-for-12 shooting.

But in Game 4 and beyond, the load will get heavier. Antetokounmpo may even have to consistently channel his Game 6 gem from laslt year's NBA Finals, in which he scored 50 points and grabbed 14 rebounds.

But modern NBA defenses are great at succeeding against a team with only one dominant player,  especially one as hindered from beyond the arc as Antetokounmpo. So, even if the Greek Freak plays like the unstoppable champion he proved himself to be a year ago, the Bucks will need significantly more from a number of their role players, beginning with Jrue Holiday.

With Middleton out, Holiday is the obvious candidate to step up. In Game 3, Holiday, scored 16 points and dished out 6 assists. Surprisingly, that stat line is a step back from his 2021-22 regular season averages of 18.3 points and 6.8 assists per game.

Discounting the 82nd game of the season (in which Holiday played only eight minutes), Holiday played in 11 games without Middleton in 2021-22. In those 11 games, Holiday averaged approximately 20 points and 7.5 assists.

But that might not be enough. The thing is, Holiday can do better if he shoots closer to his 2021-22 average on three-pointers. Holiday shot a shade over 41% on three-point attempts for the season, but he connected on only 29% of this three-point attempts in games without Middleton. In fact, if Holiday can simply connect on the same percentage of threes without Middleton as he did throughout the regular season, his scoring average increases to nearly 22 points per game.

But the Bucks were only 6-5 in games that Holiday played without Middleton. Milwaukee will need to get more from others, too.

The way in which he fought over is pretty much exactly how he explained to do it when we chatted about defense: https://t.co/GkfSpMlwLI

But he might be the only one on the planet that can do this: pic.twitter.com/kI4Fv7oqH2

In Middleton’s absence in Game 3, Portis chipped in 18 points and grabbed 16 rebounds. Coming into the series, he was already having a career year, posting career-bests in points and rebounds per game (14.6 points and 9.1 rebounds), but the Bucks will be well off if he can contribute like he did on Friday.

Portis’ production is about more than his totals. His efficiency also returned. Portis was shooting poorly prior to Friday’s game, connecting on only three of his 10 attempts through the first two games, which clearly won’t get it done for the Bucks.

Thankfully, Portis’ shot returned in Game 3. He connected on seven of his 14 field goal attempts, including 4-of-8 from three-point range. In total, Portis tallied a +20 for the night. If he can continue that kind of production, the Bucks will be in fairly good shape.

Friday’s outcome was about more than just Antetokounmpo, Holiday and Portis. Allen also did his part, scoring 22 points on eight-for-12 shooting without Middleton.

Like Portis, Allen’s impact was limited in Game 1 and Game 2, but if the former Dukie can continue his hot shooting, it should end positively for Milwaukee. Throughout the regular season, the Bucks were 5-1 when Allen connected on 66% or more of his field goal attempts, as he did on Friday.

There’s one other role player from whom the Bucks should hope to get regular contributions for the remaining playoffs: Pat Connaughton. The Bucks are 12-0 in the regular season when Connaughton scores 16 or more points, including wins against Brooklyn, Miami, San Antonio and Los Angeles (Clippers and Lakers).

If Milwaukee can get Middleton back for the second round, they are as likely a team to win the 2022 NBA Championship as anyone. But if Middleton doesn't return quite that soon, the Bucks will need far more from their role players.

Regardless of Middleton returning for the second round, the Bucks have work to do against Chicago, which will get increasingly more difficult without Middleton. If the Bucks’ role players continue to perform like they did in Game 3, all should be well in Milwaukee.