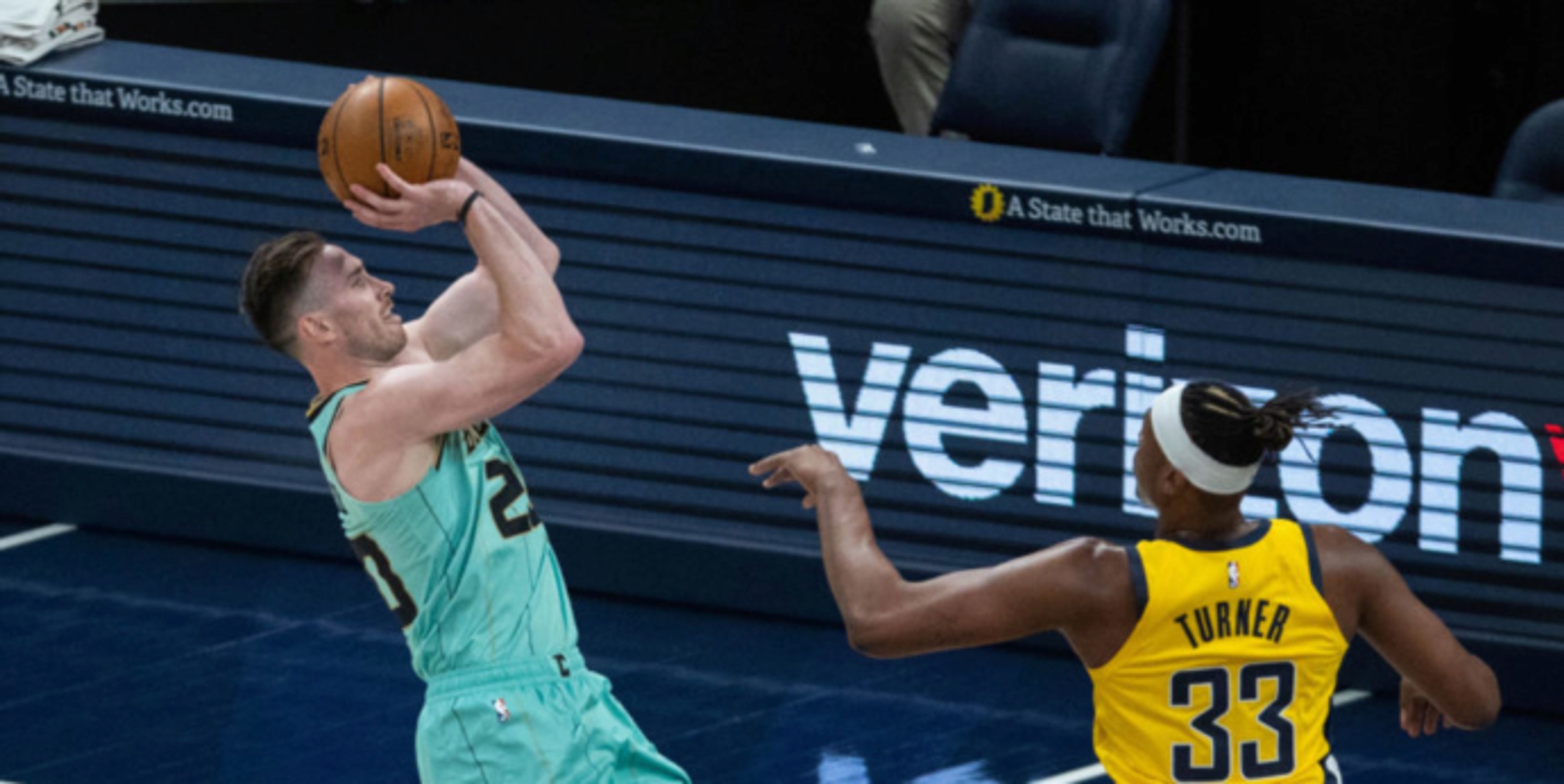 Gordon Hayward out at least four weeks with foot sprain

The Charlotte Hornets announced that Gordon Hayward will be out at least four weeks with a right foot sprain.

Hayward sustained the injury during the second quarter for Charlotte's Friday night win over Indiana. He will miss Sunday's matchup with his former team, the Boston Celtics.

The 31-year-old is averaging an efficient 19.6 points, 5.9 rebounds and 4.1 assists per game with Charlotte, and is shooting 41.5 percent on three-pointers. His injury deals a sizeable blow to the Hornets rotation, which is also missing LaMelo Ball. Charlotte is currently 25-23 and hanging onto fourth place in the Eastern Conference standings.