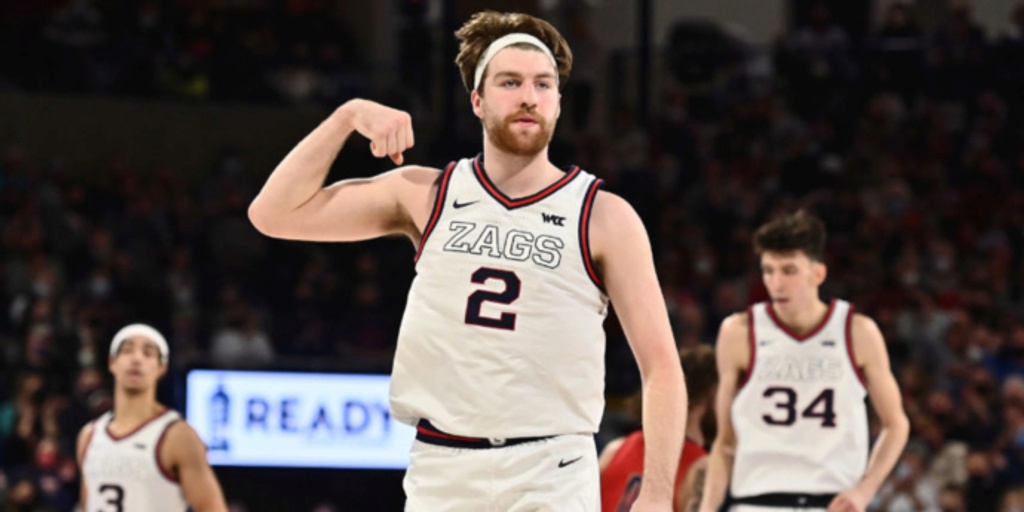 Gonzaga back at No. 1 in AP Top 25; Wyoming enters poll

Gonzaga has reclaimed the No. 1 ranking in The Associated Press men’s college basketball poll, while Providence climbed into the top 10 and Wyoming earned its first ranking in more than seven years.

Mark Few’s Bulldogs earned 56 of 60 first-place votes in Monday’s poll to swap positions with Auburn, which had spent the past three weeks at No. 1 but fell from the top spot after suffering its first loss since November.

Gonzaga (21-2) was the preseason No. 1 after last year’s run to the NCAA championship game for what became its only loss. The Zags spent three weeks at the top before falling out after a loss to Duke, and also spent a week at No. 1 in mid-January before being supplanted by Auburn.

Bruce Pearl’s Tigers earned the other four first-place votes despite losing in overtime at Arkansas last week to snap a 19-game winning streak.

Arizona climbed one spot to No. 3 followed by Kentucky -- which has its highest ranking since spending a week at No. 1 in November 2019 – and Purdue.

Kansas was next at No. 6, followed by reigning national champion Baylor and Providence, which climbed three spots to No. 8 for its highest ranking since spending a week in that same position in January 2016.

Duke and Villanova rounded out the top 10, with the Wildcats making the week’s biggest jump by climbing five spots.

Houston had the week’s biggest slide, falling eight spots to No. 14 after losses to SMU and Memphis last week.

No. 22 Wyoming, No. 23 Arkansas and No. 25 Alabama were the week’s new additions, with the Cowboys from the Mountain West Conference earning its first ranking since spending a week in the 2015 poll and only its second appearance since the 1987-88 season.

The Razorbacks and Crimson Tide have both spent multiple weeks in the poll this season.